Israel will compete in its first summer games since 1976. 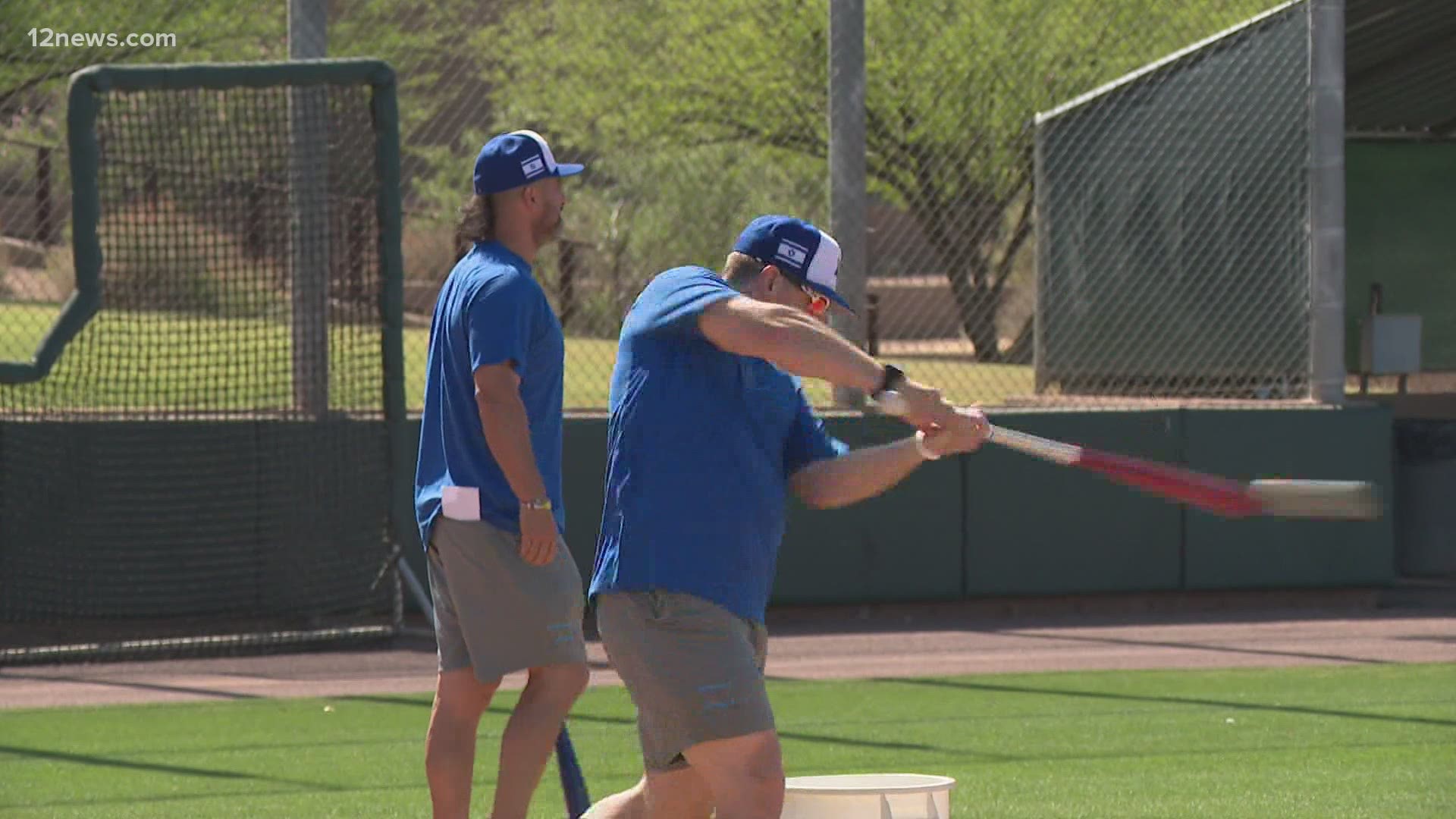 SCOTTSDALE, Ariz. — The 2021 Tokyo Olympics are fast approaching, one new addition to the summer games that you will see in Japan is baseball, which makes its return to Olympic competition for the first time since 2008 in Beijing.

The first team to qualify for the six-team tournament was host Japan. The second was a bit of a surprise: Team Israel won the qualifying tournament for Europe and will join Japan and four other teams in Tokyo.

This will be the first Israeli team sport to compete in the Summer Olympics since the Israeli soccer team qualified for the 1976 games in Montreal.

General Manager Peter Kurz assembled the team which will be made up of Israeli citizens both born and raised in Israel and naturalized after being born and raised in the United States. Kurz knows the Israelis are underdogs, but he was in a similar position with the Israeli team that qualified for the 2017 World Baseball Classic.

“ESPN called us the Jamaican bobsled team. They didn’t give us much of a chance,” Kurz said. “But we’re going for the gold!”

Team Israel recently held its training camp in Scottsdale, working to pick the 24 players that would bear the Star of David in Japan. One of them is Josh Zeid, a former Major League pitcher. Zeid moved to Gilbert and began working for the Cubs after his retirement in 2017. Four years later he is trying to grab one last shot at glory as a reliever for his country.

“You take the time off, you feel better physically and every day that go out there and work hard and come back and you’re a little bit more sore every day,” Zeid said of his preparation for training camp.

“It’s going to be an honor for everybody that makes the team be able to see the Star of David flying,” Zeid said.

The Jewish National Fund-USA’s Project Baseball supports the team and is trying to grow the game back in Israel. Project Baseball is building two fields in Israel with the hope of attracting more Israeli children to the game and providing a more familiar form of recreation for Jews who move to Israel from other countries like the US or Canada. Spokesman Doug Liebman said he believes the Israeli baseball team could be a watershed moment for the game in Israel.

“Given what’s going on in the world today the excitement in the clubhouse with these guys is off the charts,” Liebman said, referencing the outbreak of violence between Arabs and Jews in Israel.

Kurz said that while he is here in Arizona, his family back home faces real danger.

“To be here in this kind of atmosphere and to understand that your wife and your kids are in the bomb shelters and the bunkers and there’s missiles coming in and they could get hit really puts things in proportion,” Kurz said.

That provides even more perspective and motivation for Team Israel.

“We are going to be the shining light,” Liebman said. “We are here to send information back that says there are still good things that are going on while the bad things are happening as well.”