Check out how Minnesota athletes did at the summer games, and relive their competitions with video from NBC Olympics. 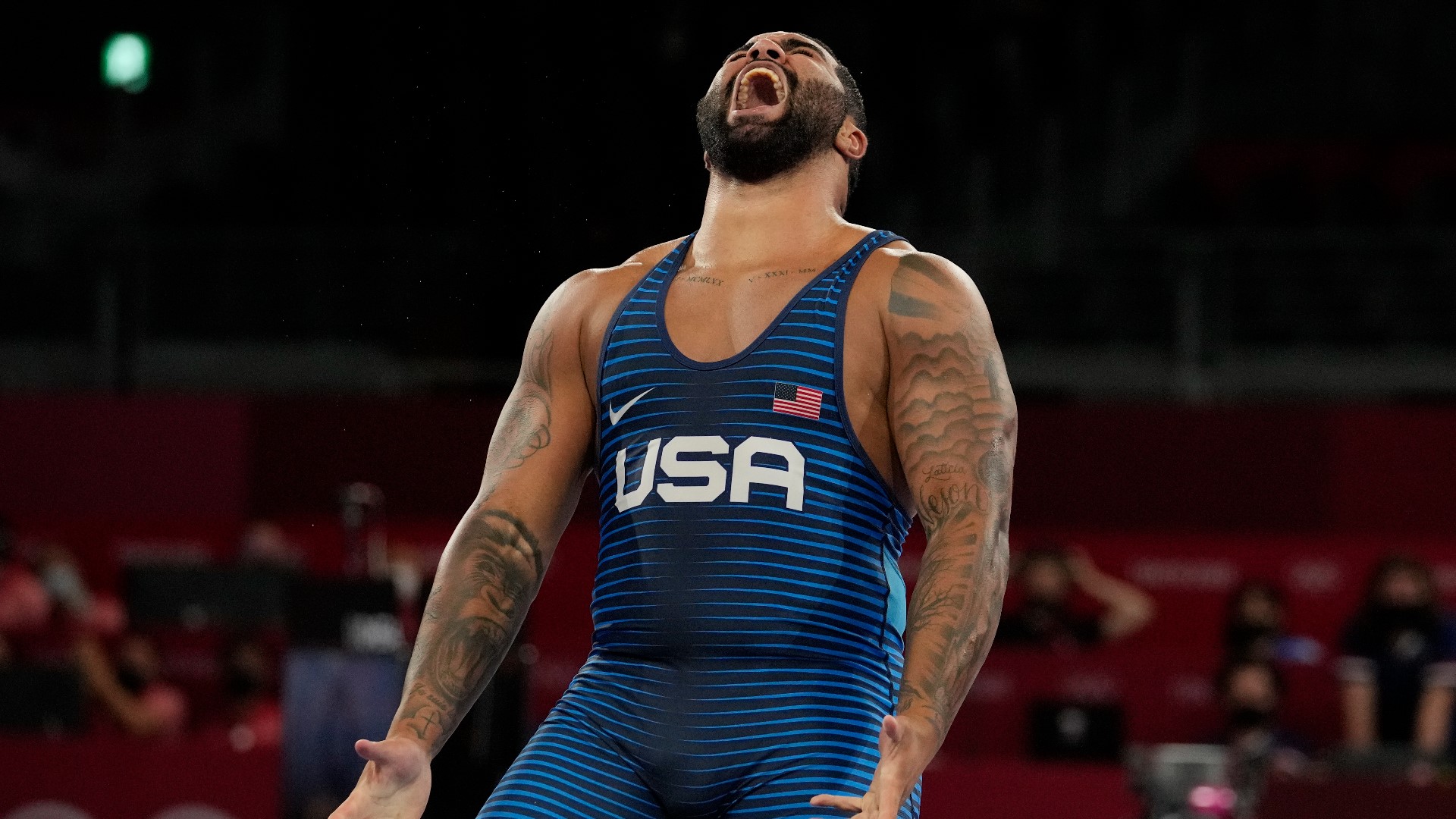 TOKYO, Japan — Minnesota was well-represented at the Tokyo Olympics this summer, from gymnastics to swimming to wrestling and more. Here's a look at the results for Minnesota athletes, along with links to replay their competitions on the NBC Olympics website (where available).

The All-American Gophers swimmer won a gold medal with Team USA in the 4x100m freestyle relay during the opening days of the Tokyo Olympics.

St. Paul native and Gophers alum Kyra Condie finished 11th in qualifying in the first-ever sport climbing women's combined event, as well as 11th in the bouldering qualification and 7th in speed qualifications.

RELATED: Condie climbs her way to the Olympics

RELATED: Dallman-Weiss hopes to sail her way to gold

Fahnbuelleh is a Hopkins High School graduate who ran for Liberia in the Tokyo Olympics, finishing fifth in the men's 200 meters.

Credit: AP
Mason Ferlic, of United States, clears the water jump during his heat of the men's 3,000-meter steeplechase at the 2020 Summer Olympics, Friday, July 30, 2021, in Tokyo. (AP Photo/Matthias Schrader)

RELATED: Roseville's Mason Ferlic is ready for his Olympic opportunity

Kalmoe, born in Minneapolis, finished 4th in the women's pair final in rowing at the Tokyo Olympics.

St. Paul native Sunisa "Suni" Lee is bringing home a medal of each color after her performance in women's gymnastics at the Tokyo Olympics. After winning silver with Team USA in the women's team competition, she continued a streak of American domination in the women's all-around event with a gold medal. That victory was followed by a bronze medal in the uneven bars.

RELATED: 'She has all three' | Suni Lee's family reacts to third medal win in Tokyo Olympics

Credit: AP
Grace McCallum, of the United States, performs on the floor during the artistic gymnastics women's final at the 2020 Summer Olympics, Tuesday, July 27, 2021, in Tokyo. (AP Photo/Natacha Pisarenko)

Isanti native Grace McCallum is the new owner of a silver medal following her performance in the women's gymnastics team competition with Team USA.

RELATED: McCallum handles obstacles with grace on her way to the Olympics

Payton Otterdahl, a graduate of Rosemount High School and shot put champion for NDSU, finished 10th in the men's shot put final at the Tokyo Olympics.

RELATED: Otterdahl's best day ever sends him to Tokyo

Lakeville native Regan Smith is returning to Minnesota with three medals from the Tokyo Olympics. She won bronze in the 100m backstroke, and silver in the 200m butterfly. Smith later won another silver with as part of the women's 4x100m medley relay team.

St. Cloud native and three-time Olympian Alise Willoughby did not race in the women's BMX racing final in Tokyo after crashes in the semifinals.

Credit: AP
Shane Wiskus, of the United States, finishes his performance on the rings during the artistic gymnastic men's team final at the 2020 Summer Olympics, Monday, July 26, 2021, in Tokyo. (AP Photo/Gregory Bull)