The Olympian had one last shot to bring home a medal, and Carey capitalized on that beating Italy's gymnast Vanessa Ferrari for gold. 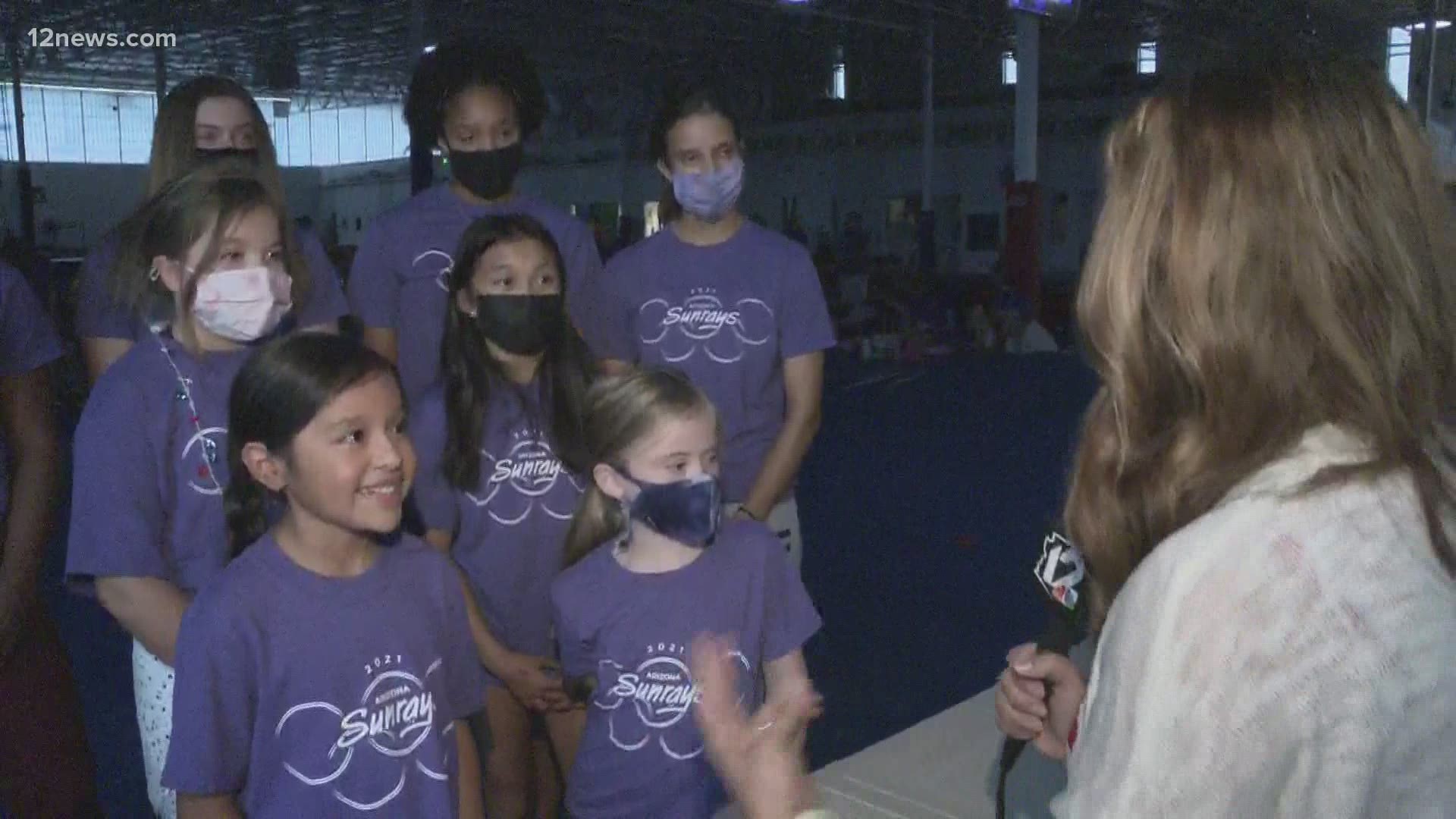 Carey completed six twists and nine flips during her floor routine that earned her gold at her first-ever Olympic Games, nailing all four of her tumbling passes without stumbling.

RELATED: Who is Jade Carey? Everything you need to know about the Phoenix Olympian

The gymnast considered debuting a laid-out triple-double during her performance, which would have been the first time it was done at an Olympic Games and would have had the move named after her. However, she decided against it and still took home gold.

See some highlights from her floor performance here:

The performance was a bounce-back for the 21-year-old after a stumble during her vault performance and losing her balance during the individual all-around final beam event.

The medal is the fifth claimed by the U.S. women’s gymnastics team in Tokyo, even with star Simone Biles sitting out four finals to focus on her mental health.

However, Carey is now resting easy knowing she pushed all the way to the end to reach her full potential and her family and fans are so proud.

"I couldn't be more excited," said Pam Evans, the Team Director at Arizona Sunrays Gymnastics Center. "She was kind of down, but she rebounded 24 hours later and now is a gold medalist.

"We've never had a gold medalist here, so we've got to think of something big. Her landings were amazing, just totally in control and she just looked really smooth. Like I could just tell her on her face, she knew she could get the gold."

She will be home for about two weeks before going to check out her new home base in Oregon where she will compete for OSU come November.

Italian Vanessa Ferrari, fourth at both the 2008 and 2016 Olympics, claimed silver. Angelina Melnikova of the team representing the Russian Olympic Committee and Mai Murakami of Japan tied for bronze with a score of 14.166.

Carey is already inspiring the next generation of Arizonan gymnasts as many of them have been watching her performances from the gym she practices at in the Valley.

"It's so cool because I go to the gym with her and I use the same exact equipment as her," young gymnast Miley told Team 12's Jen Wahl. "It's every kids' dream to go to a big star's place where they practice. It's just awesome."

Reporting from the Associated Press contributed to this article.