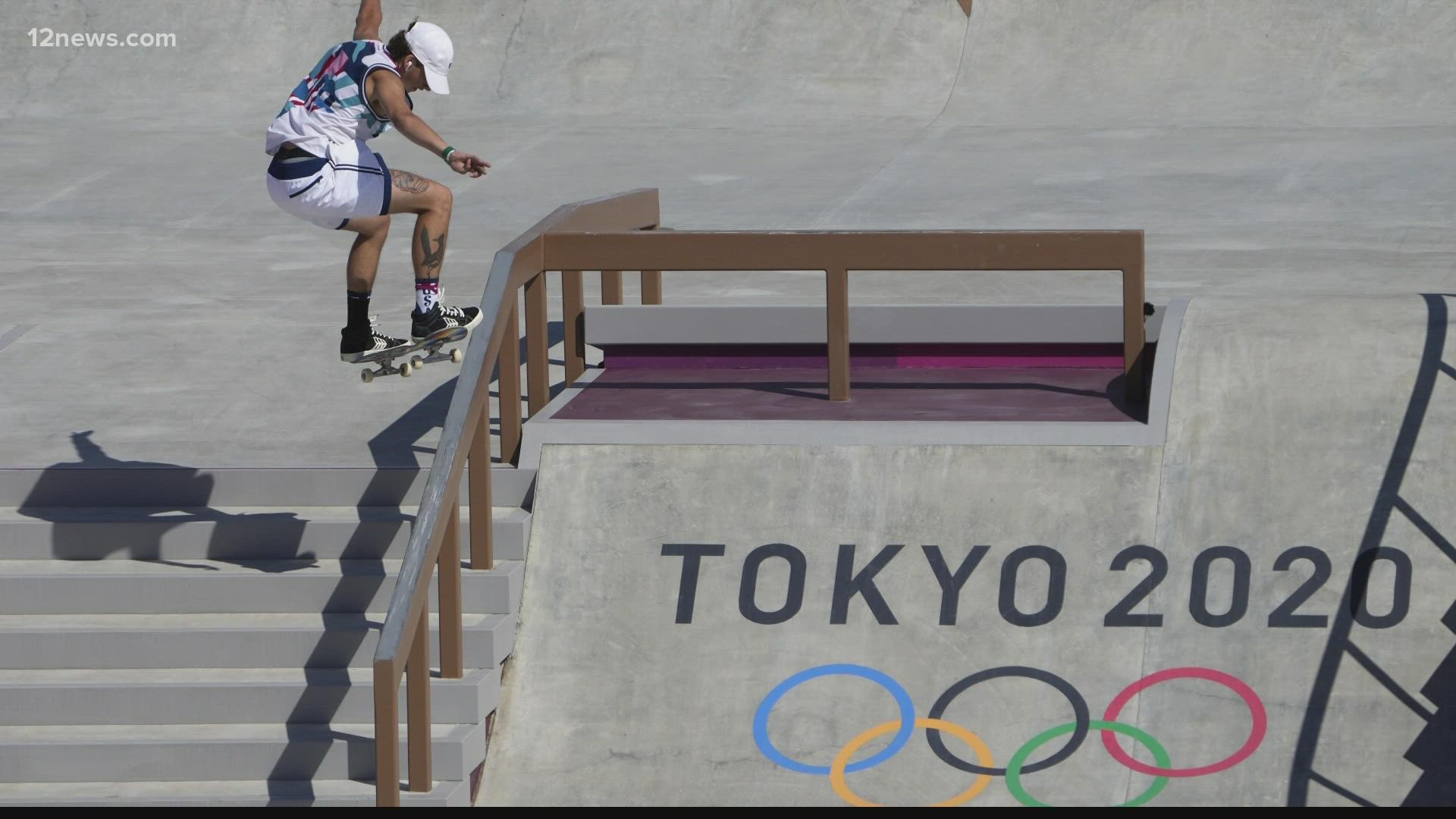 MESA, Ariz. — Arizona native Jagger Eaton is back home in Mesa after making history and earning the first bronze medal for Olympic skateboarding in the Tokyo Olympics.

On Tuesday afternoon, Eaton was at his father's skatepark in Mesa, KTR, when he told 12 News it feels good to be back.

"I'm feeling great," he said. "This Valley love I received since I've been here is just amazing and it's really nice to be at the park where it all started at."

In the street skateboarding competition, athletes compete in two runs and five tricks. They are scored by a panel of five judges on a 0-10 point scale. The highest and lowest scores for each run or trick are dropped and the remaining three scores are averaged to reach the final score. The best possible score is 40 points.

Eaton deserves some rest after his Olympic feat and he's looking to do so -- kind of.

Eaton is throwing out the first pitch at Tuesday's Arizona Diamondbacks game as they host the San Francisco Giants at Chase Field.

Afterward, Eaton plans on resting and playing golf -- his handicap is a 9.5 -- before he gets ready to compete in the Street League in Jacksonville, Florida at the end of the year.

In an interview with 12 News, Eaton said he can't skateboard enough and he's excited to qualify for the Paris Olympic Games, but admits that he's from the desert so he would never get into snowboarding.

Eaton had advice for the younger generation who is looking to get into skateboarding:

"Pick up a skateboard and do exactly what you want to do with it," Eaton said. "There's no rules in skateboarding. There's nothing you have to follow. If you're competitive now you have a path... Just have fun with it."

Eaton supported his fellow U.S. athletes that are still competing in the Olympics while talking to 12 News.