The Tokyo Olympics are the first to host skateboarding as an event. 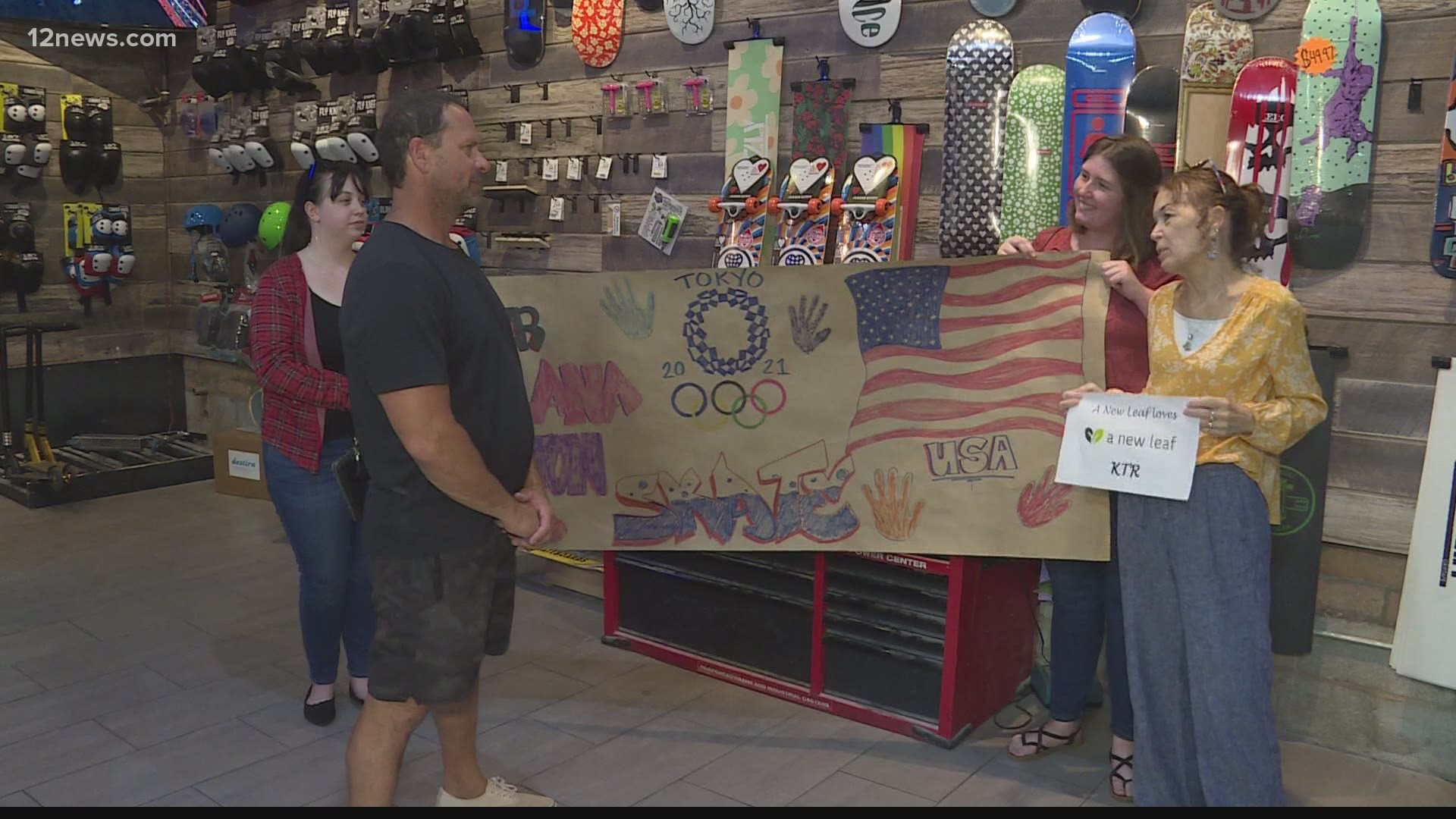 TOKYO, Japan — Editor's note: The video above is from a newscast on July 20.

Eaton scored 35.35 points with a 9.40 on his third trick. He fell behind silver medalist Kelvin Hoefler by only 0.8 points. Yuto Horigome of Japan took gold with 37.18 points.

In the street skateboarding competition, athletes compete in two runs and five tricks. They are scored by a panel of five judges on a 0-10 point scale. The highest and lowest scores for each run or trick are dropped and the remaining three scores are averaged to reach the final score.

The best possible score is 40 points.

Eaton was scored at bronze leading into his final trick with the chance to move up to silver but crashed.

Want to find out what the Arizona skateboarding Olympian listens to as he skates?

Eaton recently dropped a link to his own playlist he created on his Instagram story. (Content warning, the majority of songs are labeled as explicit.)

Check out the explicit Spotify playlist for yourself and listen like an Olympian here.