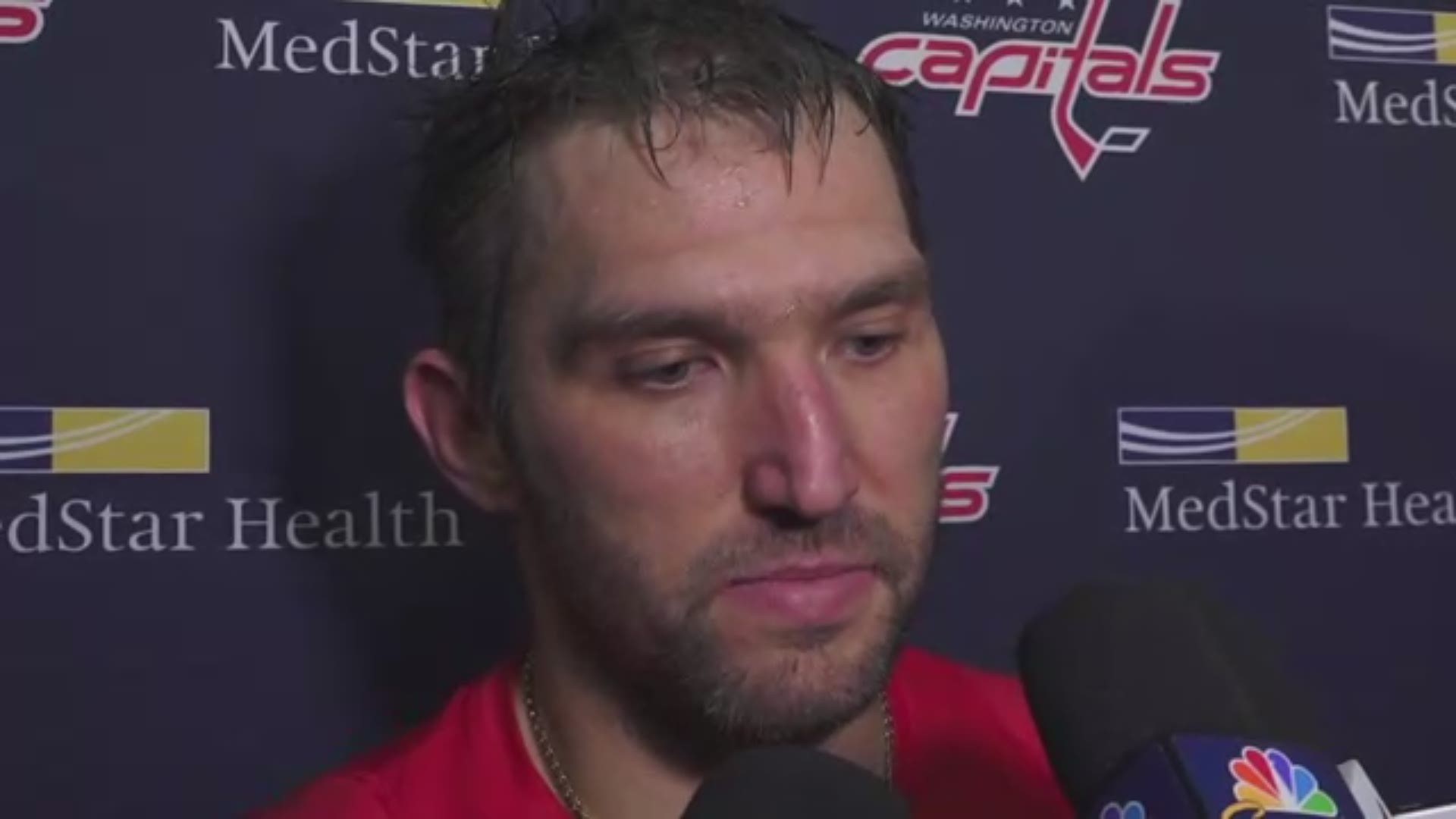 Alex Ovechkin scored his 700th career NHL goal in the Capitals 3-2 loss to the Devils on Saturday.

Ovechkin becomes just the eighth player in NHL history to score 700 or more goals in a career.

He joins Wayne Gretzky, Gordie Howe, Jaromir Jagr, Brett Hull, Marcel Dionne, Phil Esposito, and Mike Gartner as the only players to score at least 700 goals in the NHL.

Alex Ovechkin becomes the third player in the group to have played for the Capitals, but he’s the only one to spend his entire career in Washington.

Only Gordie Howe has more goals with one franchise (786 with Detroit) than Ovechkin.

The Capitals captain was subdued after reaching the milestone as the team is in the middle of a playoff race.

“It’s pretty good company,” said Ovechkin. “I’m happy to be there. But we have to focus on different things. Right now it’s important points for us and tomorrow’s going to be a big game.”

Those around Ovi, are amazed at the Great 8.

“I see him every day and you don’t realize who we play with,” added Evgeny Kuznetsov. “The guy has a chance to be number one in the whole history. We’re just part of that, and like I said, we don’t even realize sometimes who we play with.”

He now has goals in two straight games.

“Really happy obviously, and great achievement,” said Backstrom. “It’s been on his mind for a couple games here I think. So, nice of him to get it out of the way. It’s an incredible number that you don’t joke about.”

After Nick Backstrom, nobody has had a better view of Ovechkin’s career than Joe Beninati.

The Capitals play-by-play man for NBC Sports Washington has been calling Capitals games since 1994, and has called the majority of Alex Ovechkin’s games in the NHL.

The TV voice of the Capitals is starting to run out of superlatives for Alex Ovechkin.

“I’ve seen this player from his late teenage years, and now into his mid-thirties,” says Beninati. “I’m still blown away and every day he challenges my powers of description with what he does on the ice.”

RELATED: Wise: Through hockey, Alexander the Great showed us what real love and commitment means

RELATED: From 'Snowvechkin' to Hibachi: Ovi and the Caps are winning social media in 2020