10 facts you might not know about the Super Bowl

The big game is this Sunday in Miami. 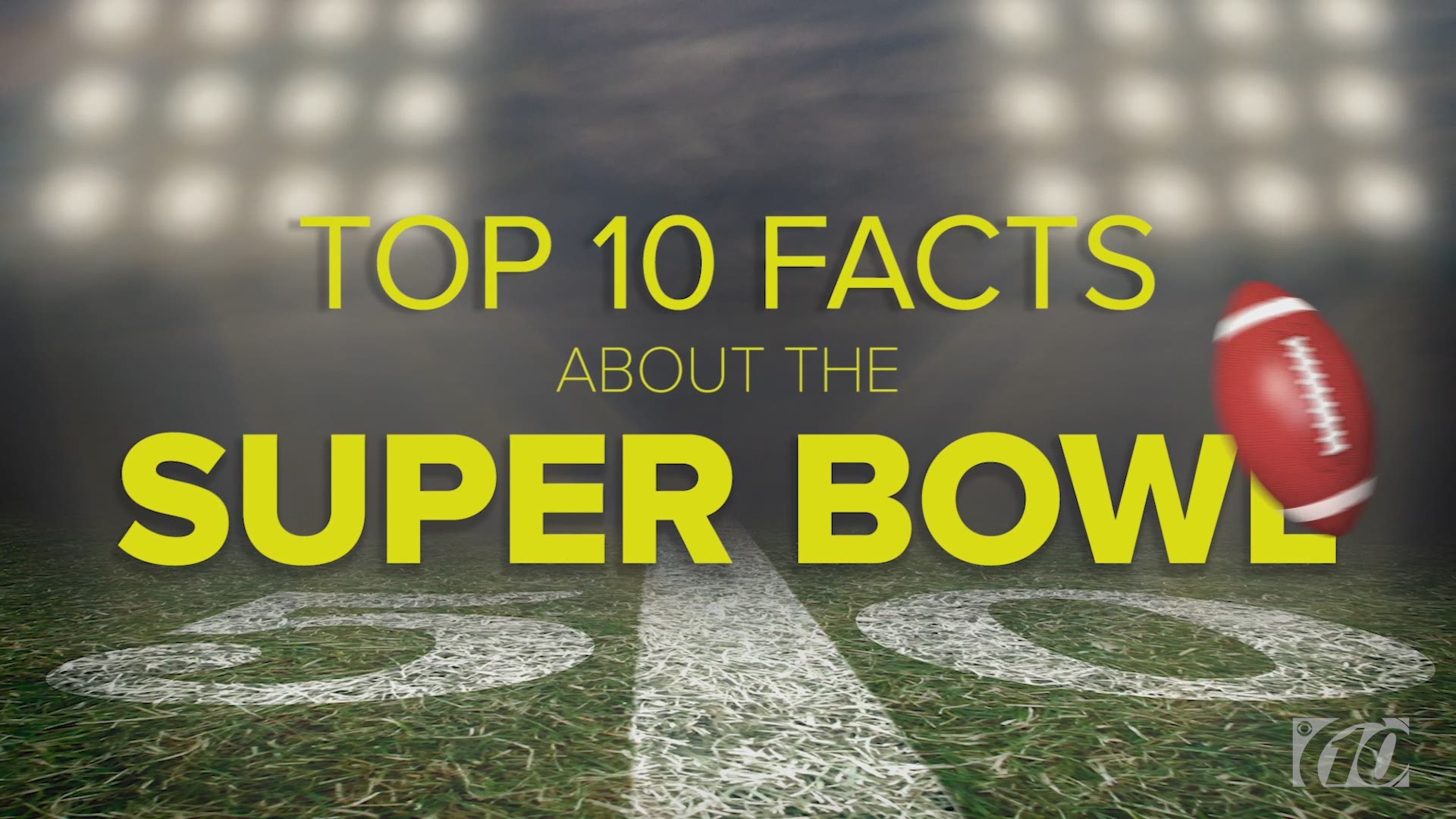 You probably know the Super Bowl is this Sunday in Miami. But, we bet you didn't know all 10 of these facts about the game.

1.   This will be Miami’s record-breaking 11th time hosting the Super Bowl. In the 2007 Super Bowl, torrential rain drenched the crowd and players. Remember Prince singing Purple Rain…in the rain. This Sunday’s forecast? Sunny and 72. A big reason the NFL loves Florida.

2.   When Jacksonville, Florida, hosted the Super Bowl in 2005, the city didn't have enough hotel rooms to meet the NFL's requirements. So, they had to recruit five docked cruise ships as "floating hotels" for the event.

3.   Here’s a little Florida flavor: In the 2010 super bowl, the coin that was flipped to start the game had previously spent 11 days orbiting the Earth on a NASA space mission.

4.   Ticket prices are out of this world. The average ticket price for Sunday’s game is currently more than $8,000. In the very first Super Bowl in 1967, tickets could be had for $12 bucks; and people were so outraged by the high prices, there were 30,000 empty seats! By the way, $12 adjusted for inflation is about $89 today.

5.   Many Chief’s fans haven’t even been alive long enough to have ever seen their team play in a Super Bowl. Kansas City hasn’t made it this far in 50 years.

6.   If the Niners win the Super Bowl, they’ll tie the New England Patriots and Pittsburgh Steelers for the most Super Bowl wins ever -- with six.

7.   The halftime show will be performed by Shakira and Jennifer Lopez. Neither gets paid a single penny. The NFL doesn’t pay halftime performers. But, you do get seen by about 100 million people in 180 countries. That’s worth something. In 2017, Lady GaGa sold 150,000 albums and songs after her halftime performance.

8.   Speaking of halftime shows: In 1993, Michael Jackson's halftime performance had higher ratings than the game itself.

10. Number 10 is our favorite. Super Bowl 55 will be right here in Tampa next year. It will be our fifth time hosting sport’s biggest event. And, Raymond James Stadium is ready with one of the NFL's biggest and most impressive video and sound systems in the league. Oh, and our weather tends to pretty fantastic, as well.

Want an all-access pass to go behind-the-scenes with the deal makers, hand shakers, celebrities and athletes as Tampa prepares for the next Super Bowl here in Tampa? This next year will be amazing, and our microphones and cameras will capture it all for you. Just go to TampaBay55.com. Super Bowl 55 will be broadcast on 10News WTSP by CBS Sports in February 2021.