'What's been going on is completely wrong,' Cardinals QB Kyler Murray will kneel for national anthem

Kyler Murray didn't hesitate Wednesday when asked whether he would be kneeling for the national anthem next season. "I'll definitely be taking a knee." 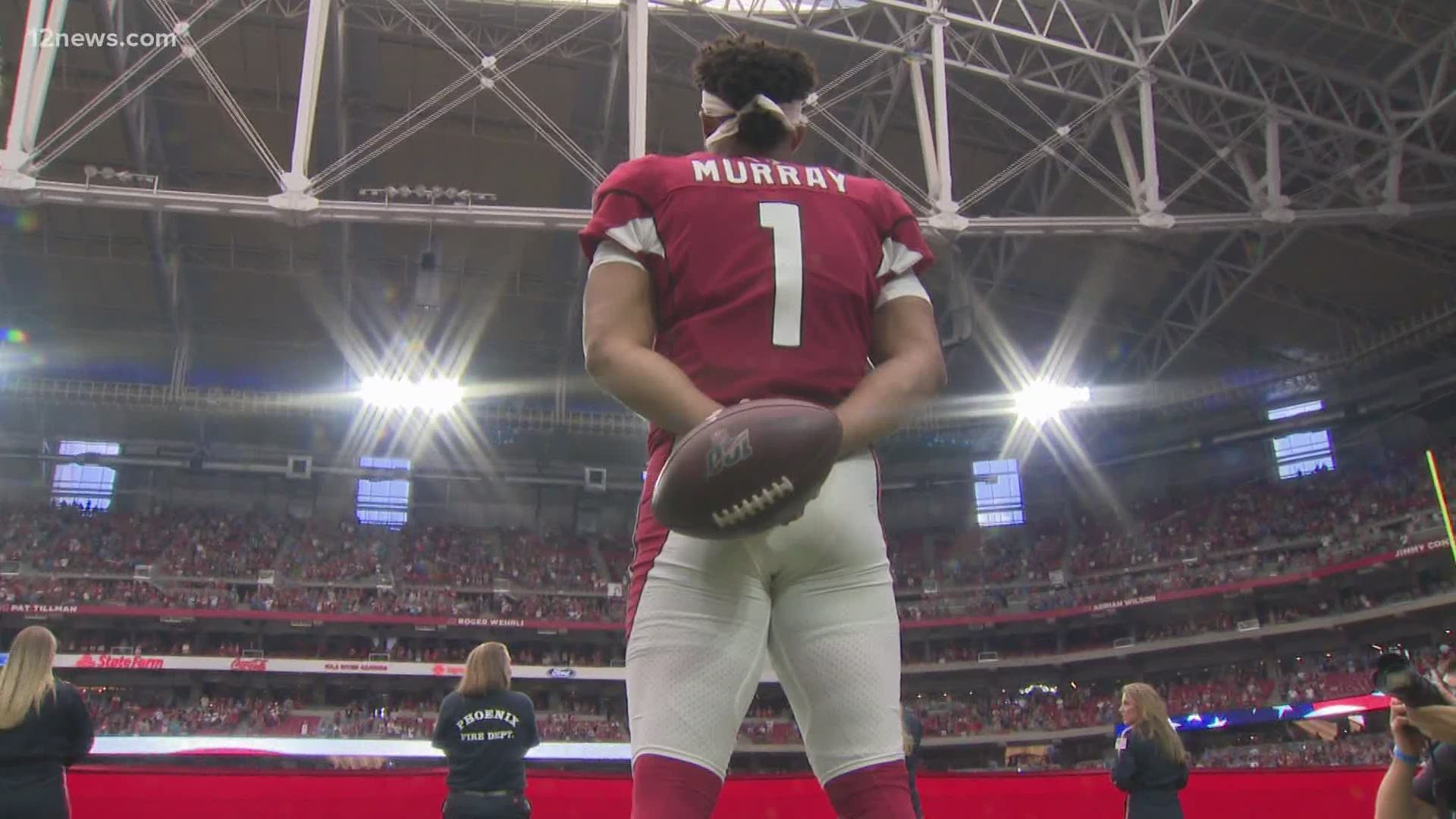 PHOENIX — Arizona Cardinals quarterback Kyler Murray was up front and candid during his Zoom call with reporters Wednesday when he spoke about what's been going on in the world since the death of George Floyd.

The 22-year-old quarterback, heading into his second year with the Cardinals, said what's happened following Floyd's death, in terms of people speaking out about racial injustice, has been positive. Whereas before, Murray said it seems like people always had to beat around the bush.

With that, when asked whether he would be kneeling for the national anthem during the upcoming season, Murray didn't hesitate.

"I’ll be kneeling," he said. "I stand for what’s right and that’s the bottomline. I call it like I see it and what’s been going on is completely wrong, so I’ll definitely be taking a knee.”

Murray reiterated that he feels change is coming and will come from the death of Floyd and other Black Americans that have been killed police officers.

Murray says the conversations with the coaches and other players on the Cardinals about social change have been positive, something Larry Fitzgerald also spoke about last week.

RELATED: 'I wanted to emotionally engage in what was transpiring': Larry Fitzgerald went to Minneapolis to protest, speak to others

“I feel like everybody on the team understands the magnitude of what’s going on in the world and hopefully everybody else is starting to," Murray said. "As a team, I feel like we’re on the same page.”

Murray said he's confident in his diverse generation's opportunity to fix racism and hate in America.

“I think as we get older, at least my generation, we have the platform and the chance to fix racism and the hate in this country," Murray said. "Obviously in the world, really there’s always going to be hate but I’m confident in my generation to fix this.”