The Cardinals are trading running back David Johnson to the Houston Texans for DeAndre Hopkins, per ESPN's Adam Schefter. 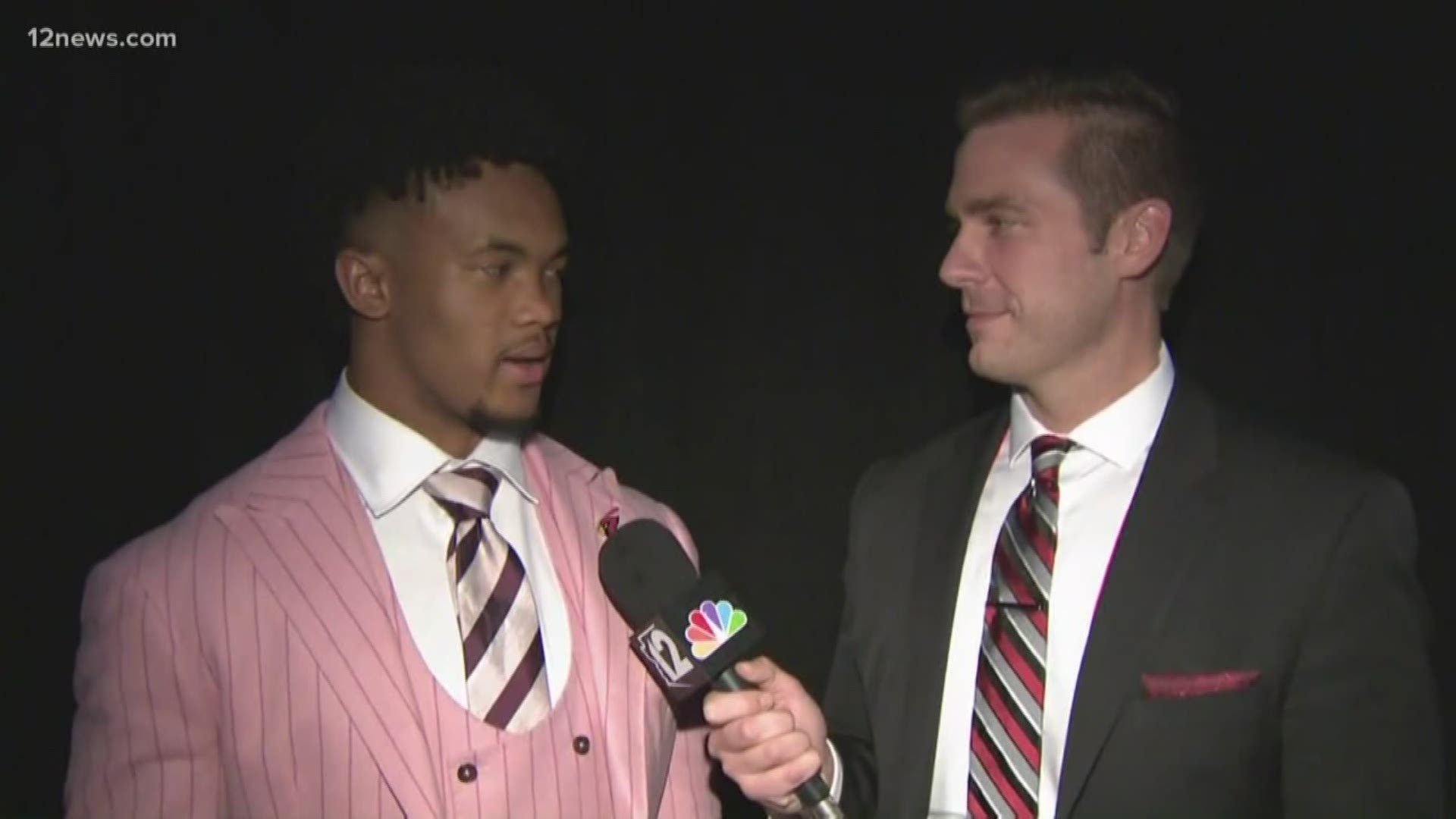 The Arizona Cardinals are agreeing to a trade that will send running back David Johnson to the Houston Texans in exchange for Pro Bowl receiver DeAndre Hopkins, first reported by ESPN's Adam Schefter.

He'll join Kliff Kingsbury and Kyler Murray's offense with Larry Fitzgerald and Christian Kirk as the other top receivers.

Cardinals cornerback Patrick Peterson took to Twitter to react to the trade.

The Cardinals signed David Johnson to a three-year extension worth $39 million in Sept. 2018, locking him up for Arizona through 2021.

In Johnson's first three seasons, he rushed for 1,843 yards and 24 touchdowns. He also had eight touchdowns with 1,403 yards on 122 catches.

This last season, Johnson, in 13 games, rushed for just 345 yards and two touchdowns. The Cardinals acquired running back Kenyan Drake midseason, who dominated snap counts in his eight games with Arizona.

This comes on the heels of the Cardinals placing the transition tag on Drake Monday morning.

In eight games with the Cardinals, Drake rushed for 643 yards (5.2 yards a carry) and eight touchdowns.

He added another 171 yards on 28 receptions.