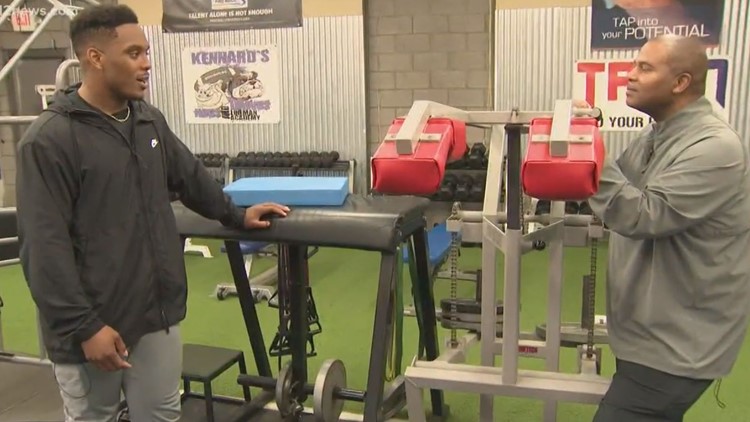 GLENDALE, Ariz. — The Arizona Cardinals brought a familiar face back to the Valley when they signed linebacker Devon Kennard last week.

Kennard played high school football at Desert Vista High School in Phoenix before going on to USC and then the NFL, playing for the New York Giants and Detroit Lions.

In an exclusive interview with 12 Sports' Bruce Cooper, Kennard and his family talked about what it meant to be back in the Valley and playing for the team he grew up watching.

Kennard, 28, spent four seasons in New York and then two in Detroit. In 2019, Kennard was a team captain for the Lions.

Kennard had seven sacks in each year with the Lions. He sacked Kyler Murray three times in Week 1 last season. He also totaled 104 combined tackles in 31 games. He missed one game, in 2018.

This marks the second-straight year the Cardinals have made an impact signing at linebacker after Jordan Hicks prior to the 2019 season, who had an impressive year in Arizona.