The Arizona Cardinals will not host fans at the team's final two home games on Dec. 20 and Dec. 26 due to COVID-19. 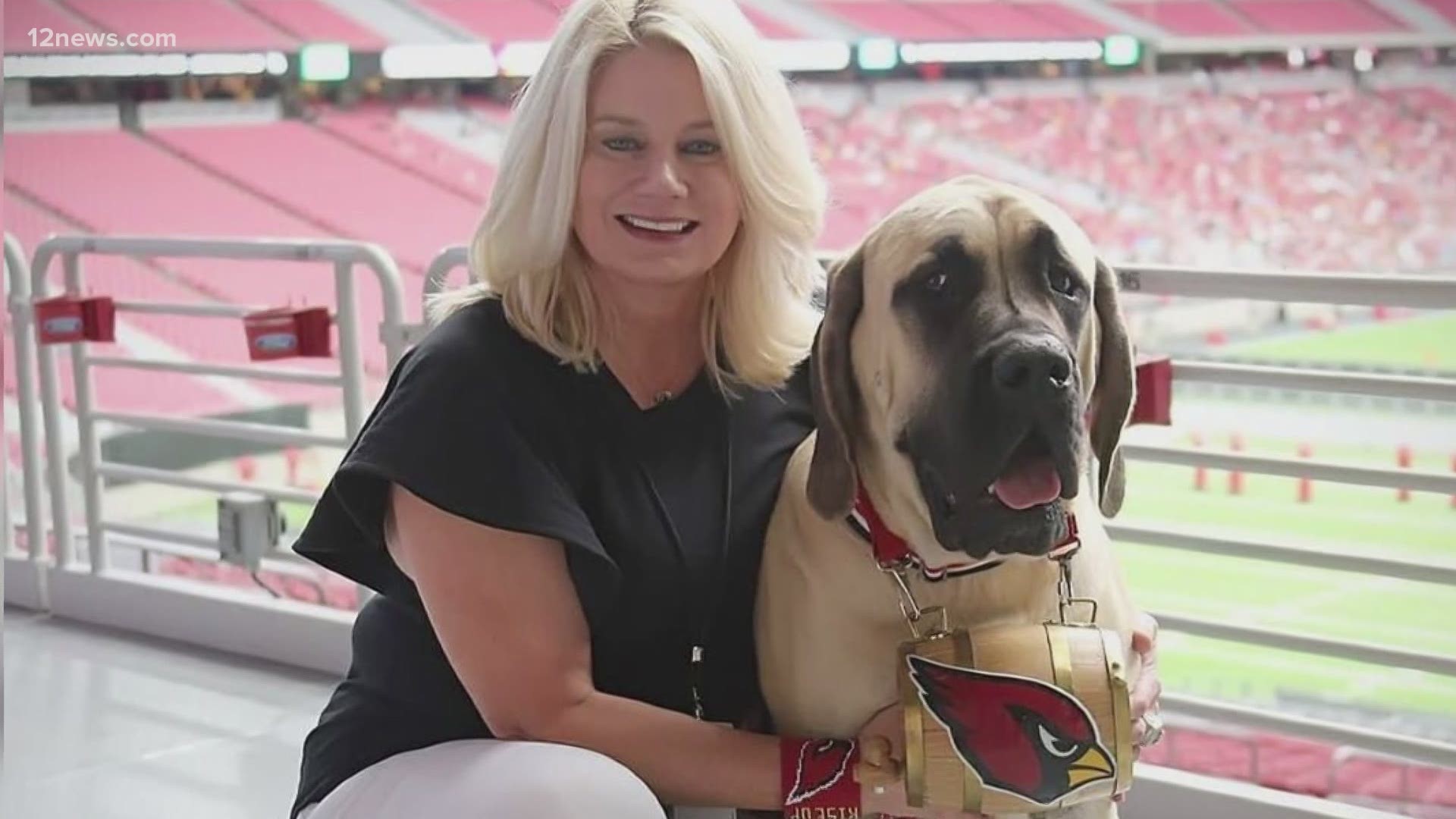 GLENDALE, Ariz. — The Arizona Cardinals will not host fans at the team's final two home games on Dec. 20 and Dec. 26 due to COVID-19.

The organization says the latest COVID-19 information and guidance from the Arizona Department of Health Services led to the decision.

The only spectators permitted to attend will be a limited number of immediate family members of Cardinals players and staff.

NEW: No fans at #AZCardinals games for the rest of the season... "general public will not be permitted to attend either of the team’s remaining regular season home games (Dec. 20 vs. Philadelphia and Dec. 26 vs. San Francisco)." #12Sports @12SportsAZ

The Cardinals began their NFL season without hosting fans, then began hosting 1,200 fans on Oct. 25 against the Seahawks.

In their next two home games, the Cardinals hosted 4,200 fans. But, as case numbers continue to rise in the state, the Cardinals did not host fans for Sunday's game against the Los Angeles Rams.

The Phoenix Suns announced on Thursday they would not be hosting fans to begin their season later this month.

After three straight losses, the Cardinals are all of a sudden 6-6 and on the outside looking in on the NFC playoff picture. The Cardinals play at the New York Giants on Sunday at 10 a.m. Arizona time.