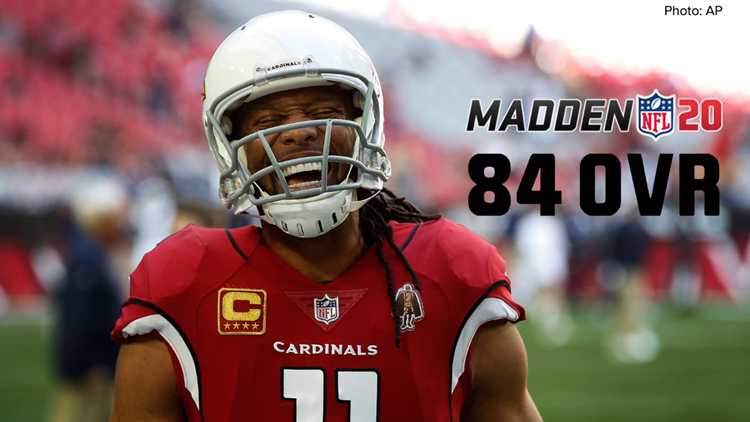 GLENDALE, Ariz. - It's finally here, EA Sports' Madden 20 ratings release day. It's a day filled mostly with outrage, but also a dash of vindication for certain players and teams.

The Madden player ratings change and update, from week to week, depending on how a player is performing in the real world. So it's pretty trivial to take a stance on a player rating before the season starts, but there are some that people find just too inaccurate or even straight up disrespectful.

A lot of this outrage has to do with quarterback ratings. EA Sports shocked the world when Aaron Rodgers was not one of the top-5 rated quarterbacks. Rodgers, a 90 overall, sits as the 7th-best quarterback behind Patrick Mahommes, Tom Brady, Phillip Rivers, Drew Brees, Andrew Luck and Russell Wilson.

Packers fans shouldn't get too angry, at least their starting quarterback wasn't given a 73 overall. Guess who's starting QB was?

Kyler Murray was given a 73, but fans must remember, he's a rookie and a good week 1 performance could raise his grade instantly. Still, it's pretty low for a No. 1 overall pick. 19 rookies have a higher rating than Murray does.

Here's the rest of the Cardinals overall ratings: