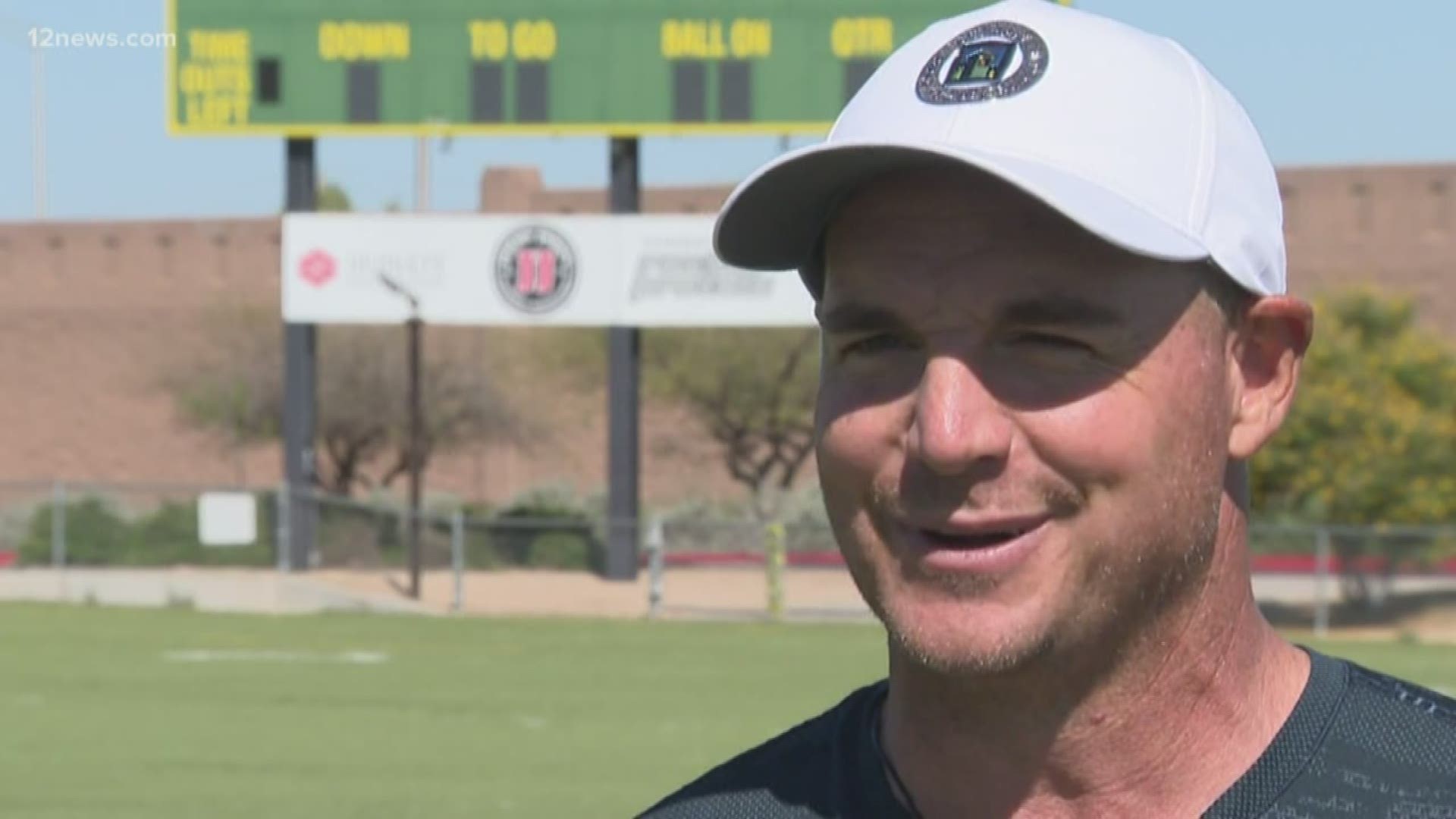 GLENDALE, Ariz. — Not one, not two but three Arizona Cardinals players earned a spot on the NFL's All-Decade Team, announced by the league on Monday.

Larry Fitzgerald, Patrick Peterson and Chandler Jones all made the team.

The 48 people that make up the Hall of Fame selection committee selected the All-Decade Team.

Larry Fitzgerald will enter his 17th season in the fall and he is second all-time in career receptions and yards behind Jerry Rice.

Peterson was drafted by the Cardinals in 2011 and made the Pro Bowl every season from 2011-2018. The 29-year-old cornerback is a three-time First Team All-Pro selection.

The Cardinals traded for Jones in 2016 after he spent four seasons with the New England Patriots. No player has more sacks (96) or forced fumbles (27) than Jones since 2012, his rookie season.

In his last four years with Arizona, Jones has been selected to the Pro Bowl twice and First Team All-Pro twice. Jones was runner-up for the NFL Defensive Player of the Year in 2019.

Three former Cardinals also made the All-Decade Team. Calais Campbell (Baltimore), Tyrann Mathieu (Kansas City) and Adrian Peterson (Washington) all spent time in Arizona this decade and made the team.

The Patriots had the most current or former players on the list with seven (all were former players) and the Cardinals, Seahawks and Ravens each had six.