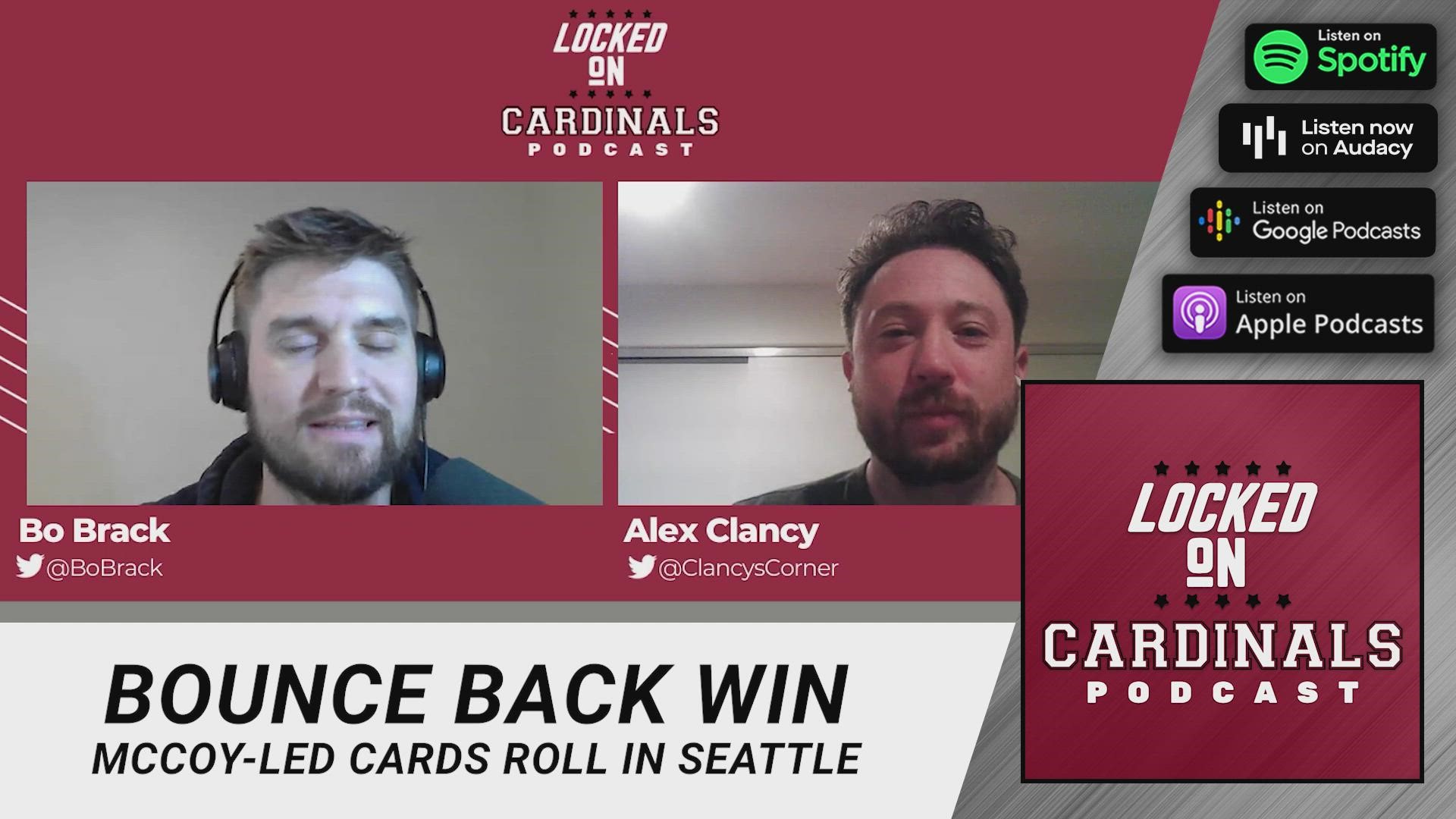 SEATTLE — With Kyler Murray sidelined for a third week in a row, the Arizona Cardinals used lockdown defense to defeat the Seattle Seahawks 23-13 on Sunday.

Bouncing back from a rough game last week, backup QB Colt McCoy led an 82-yard drive that was aided by a pass interference call on Seattle to set up an easy 1-yard score to Zach Ertz.

Despite the return of quarterback Russell Wilson, the Seahawks opted for a run-heavy offense early that Arizona easily contained. The Seahawks gained some momentum and were in scoring position multiple times but were forced to settle for a pair of short field goals after two quarters.

Meanwhile, McCoy’s offense was rolling with another touchdown drive capped by Ertz. But Matt Prater whiffed on the extra point and his following 39-yard field goal attempt sailed left.

Despite strong play by Arizona, they only managed a 13-6 lead at the half.

Into the third, Prater would convert on a 53-yarder to extend the lead for the Cardinals. Arizona’s offense would stall, but team defense kept Seattle scrambling.

Prater’s uncharacteristic woes continued as he missed another field goal. A vintage deep ball from Wilson found Tyler Lockett for a 48-yard reception. It set up the quick score by DeeJay Dallas and Seattle trimmed their deficit to just 3 points.

But a strong drive finished off by James Conner did just enough to seal it for Arizona.

The win puts the Cards 9-2 on the year and undefeated on the road.

Seahawks vs Cardinals in photos

Arizona has its bye week next. The team plays will travel to Chicago to face off against the Bears on Dec. 5.

Seattle will travel next week to play the Washington Football Team on Nov. 29.