The game between the Cardinals and Dolphins is still on as scheduled on Sunday at this time. 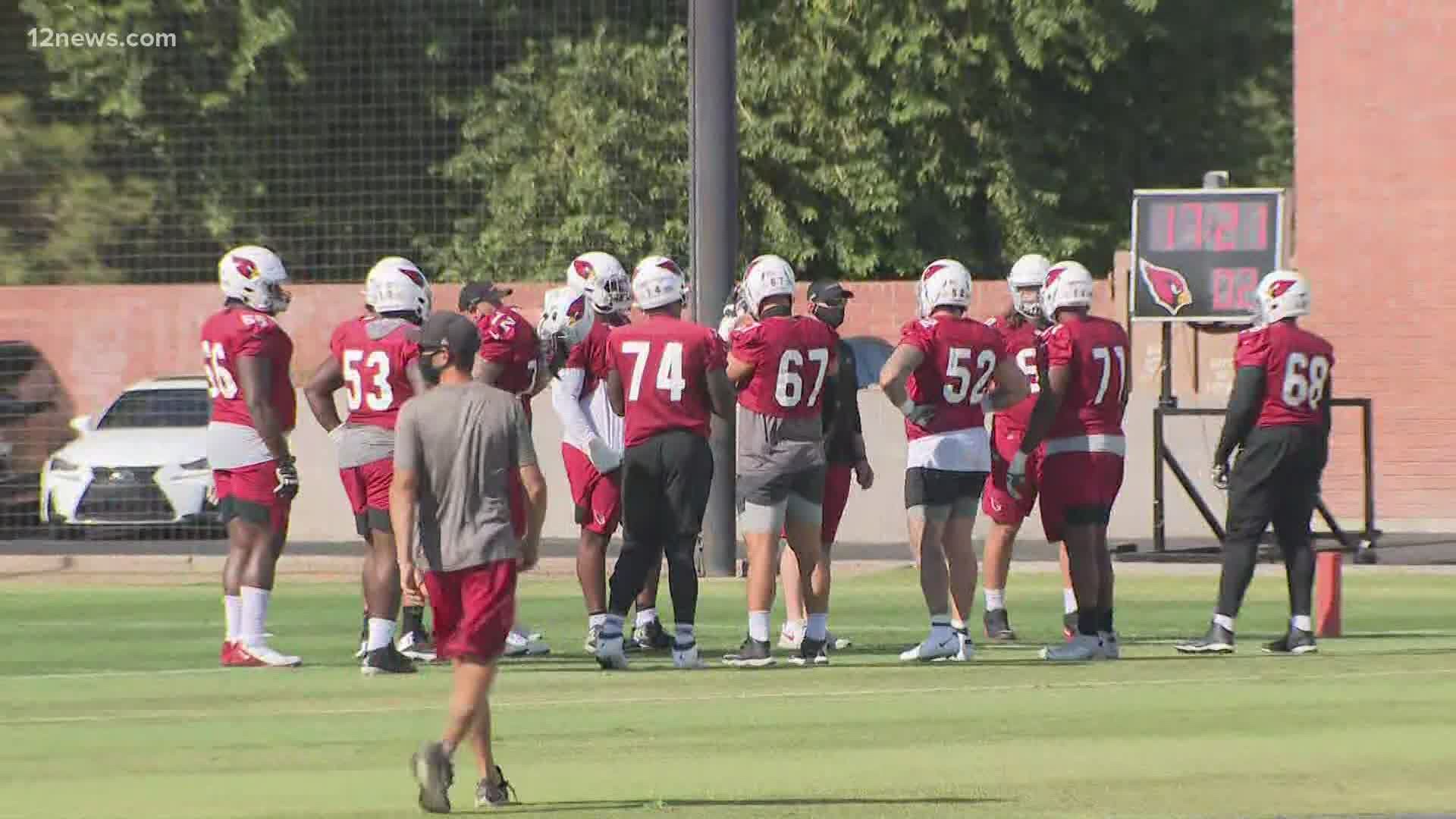 GLENDALE, Ariz. — A Miami Dolphins assistant coach has tested positive for COVID-19, sending the team into intensive protocols prior to their game against the Arizona Cardinals in Glendale on Sunday.

The Dolphins announced the positive test on Twitter, saying the coach immediately quarantined.

NFL Network's Tom Pelissero says the game on Sunday in Glendale is on as scheduled.

The #Dolphins are in the intensive protocols after an assistant coach tested positive for COVID-19, sources tell me and @MikeGarafolo. They will have a walkthrough later today. Game on as scheduled Sunday at Arizona.

A Miami Dolphins assistant coach tested positive for COVID-19. The Cardinals host the Dolphins in Glendale on Sunday. https://t.co/q6ZC187fbx

The Cardinals are dealing with their own issues with COVID-19.

They'll be without two starters on defense Sunday, linebacker Devon Kennard and cornerback Byron Murphy, after the two tested positive for COVID-19 during Arizona's bye week.

Last week, the Cardinals announced the Arizona Department of Health Services is allowing 4,200 fans at the Cardinals' next two home games against the Dolphins on Sunday and the Buffalo Bills (Nov. 15).

The Cardinals were able to host general public fans for the first time this season at Oct. 25 game against the Seattle Seahawks, when they allowed 1,200 in the stadium.

RELATED: Arizona Cardinals can have 4,200 fans for home games against Dolphins, Bills