The Arizona Cardinals receiver had seven catches for 127 yards, including an incredible Hail Mary catch, against the Buffalo Bills. 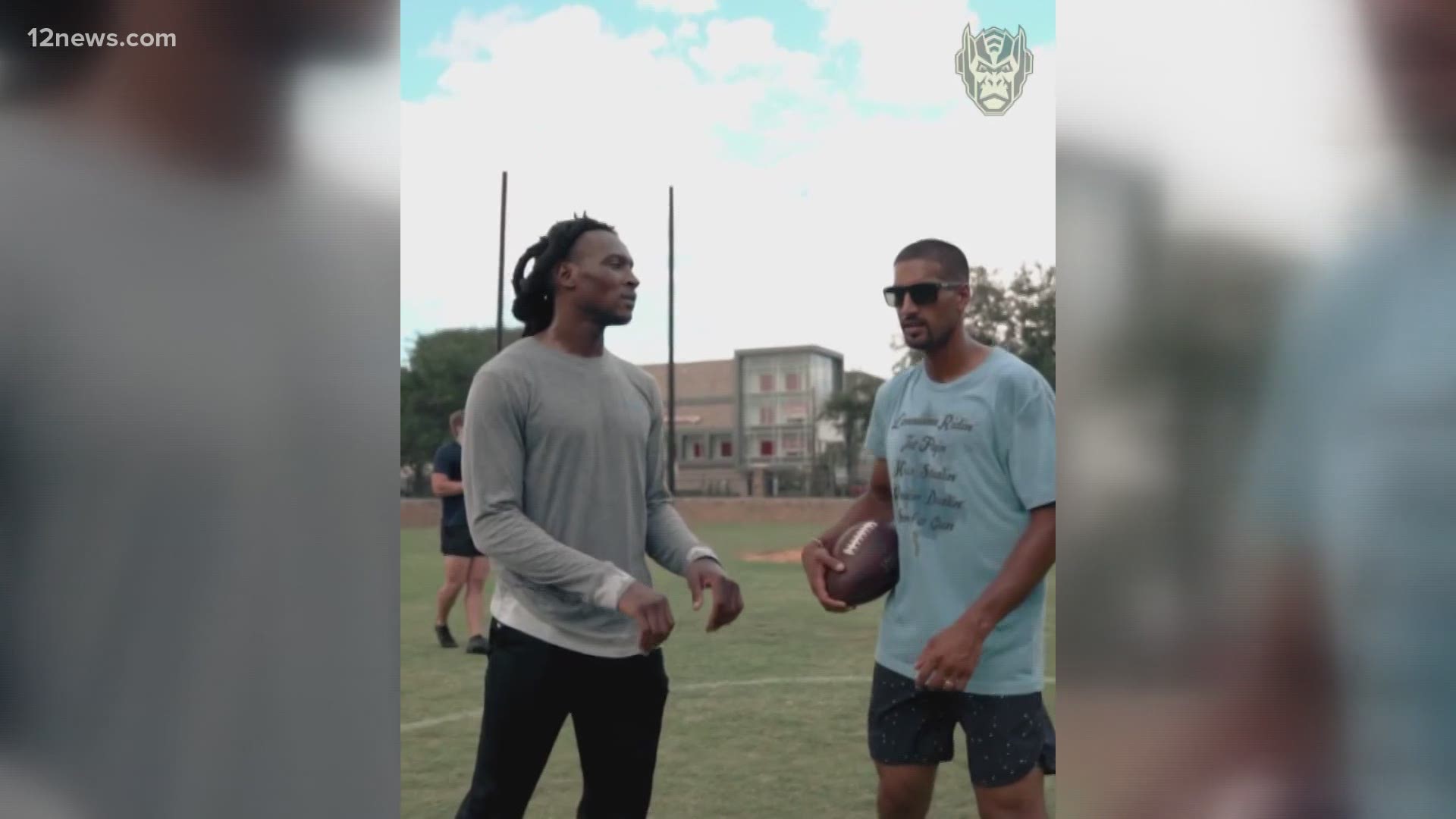 PHOENIX — The recognition continues for Arizona Cardinals wide receiver DeAndre Hopkins. After taking over the sports world this past weekend with an incredible game-winning catch Sunday, Hopkins was named NFC Offensive Player of the Week, the team announced Wednesday.

During Sunday's 32-30 win against the Buffalo Bills, Hopkins had seven catches for 127 yards and one amazing touchdown. For Hopkins, it was his fourth career game-winning touchdown catch in the fourth quarter/OT and the first to come with under a minute left on the clock.

Hopkins is the fourth wide receiver in team history to be named “Offensive Player of the Week.” The others were Roy Green, Larry Fitzgerald and J.J. Nelson.

Arizona's next game is a Thursday night match up against the Seattle Seahawks on Nov. 19, 2020.