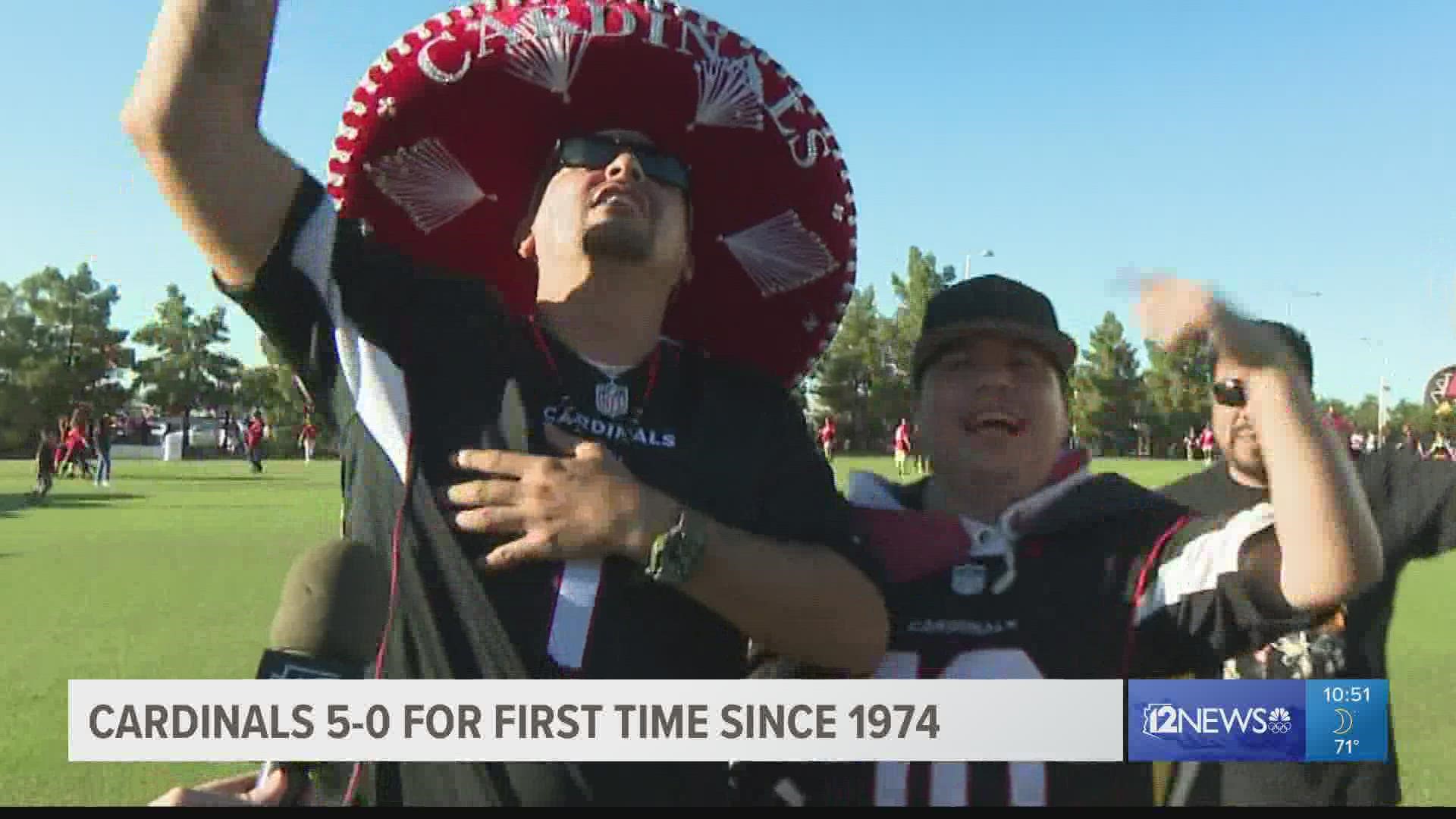 The NFL's sole undefeated club kept its improbable streak alive after the Cardinals pulled out a 17-10 victory over the San Francisco 49ers on Sunday.

The Cards topped its division rival in a gritty matchup where neither team played its best, but team defense proved to be the difference.

J.J. Watt had probably his best game as a Cardinal. His pass deflection stopped a crucial 4th down attempt in the fourth quarter and got his first tackle for a loss in the first quarter.

After the game, Cardinals head coach Kliff Kingsbury said ”I take them any way we can get them... especially division wins."

Five times the Niners went for it on fourth down and four times the Cardinals defense stopped them.

Meanwhile, Kyler Murray's offense struggled to gain traction all afternoon after putting up more than 30 points a game all season. It took a spectacular 9-yard touchdown with 5:13 left in the fourth by DeAndre Hopkins to give the Cardinals some separation.

Hopkins caught six passes for 87 yards, but none were bigger than the leaping grab over San Francisco's Josh Norman to give Arizona a 17-7 lead.

49ers kicker Joey Slye managed to split the uprights with the clock counting to keep San Francisco within a single score. But Arizona earned a crucial first down in the waning seconds to secure the club's fifth victory.

It's the first time the Cards have started a season 5-0 since 1974. Arizona has also missed the postseason every year since 2015.

San Francisco started rookie signal-caller Trey Lance over an injured Jimmy Garoppolo. Lance finished 15-29 for 192 yards with no TDs and an interception in his first NFL start. He also ran for 87 yards.

Arizona will travel to Cleveland next week to face off against the Browns at 1:05 p.m.

Cardinals vs 49ers in photos