Meet Cardinals first round pick Isaiah Simmons and the rest of the Cardinals draft picks and hear closing thoughts from GM Steve Keim. 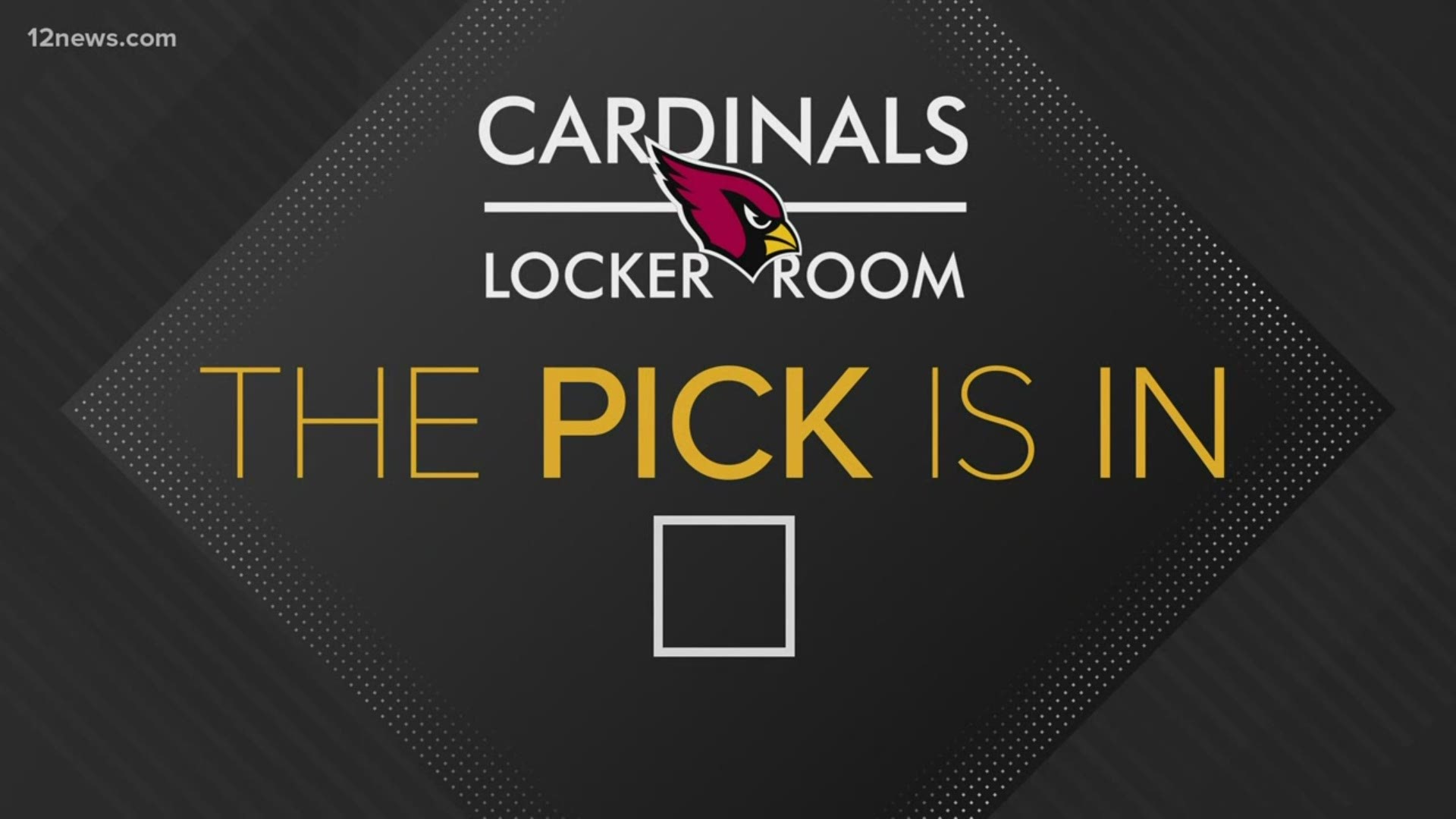 TEMPE, Ariz. — The Arizona Cardinals had an impressive 2020 NFL Draft and that's not according to just us, or them, but pretty much everywhere you look.

In the first round, the Cardinals had a player widely considered to be a top 5 caliber player fall to them at No. 8 in Clemson linebacker Isaiah Simmons.

The Cardinals didn't pick again until round three but made the most of it, selecting Houston offensive tackle Josh Jones, a player considered to be a first round option to some.

In the fourth, the Cardinals selected two big man defensive tackles with Utah's Leki Fotu and LSU's Rashard Lawrence. The Cardinals then scooped up Pac-12 defensive player of the year, linebacker Evan Weaver and hometown favorite, ASU running back Eno Benjamin in the seventh.

During our Cardinals Locker Room Draft Special, Team 12's Mitch Carr sat down with Simmons to talk about his excitement to get to work in Arizona. Team 12's Cam Cox sat down with Keim to go over his thoughts on the draft.

Cam Cox breaks down Cardinals draft picks from round 3-7