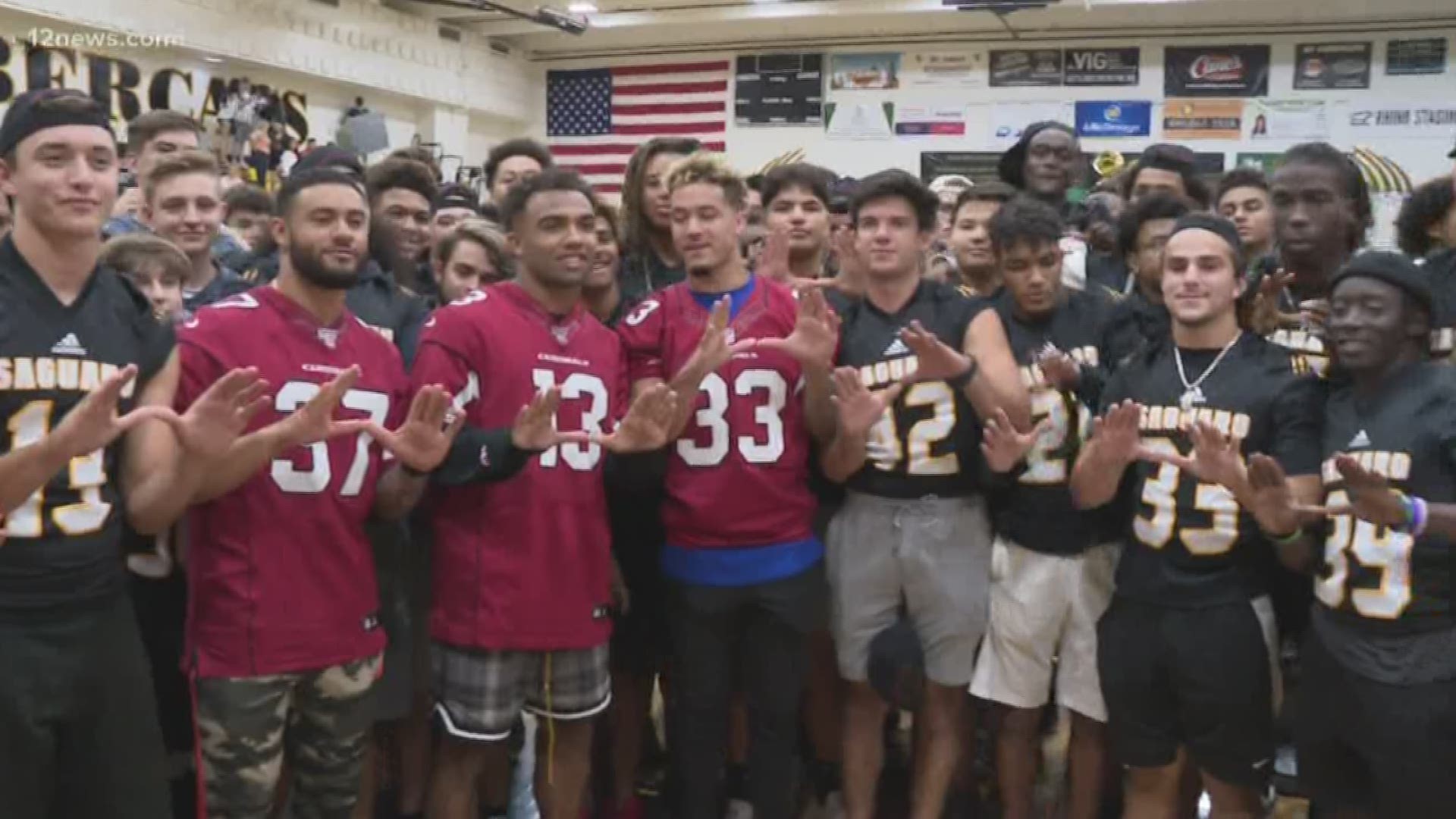 PHOENIX — Arizona Cardinals D.J. Foster, Christian Kirk and Byron Murphy share the rare honor of playing for their hometown team. It’s even rarer that they all attended the same high school.

“To have three guys from the same high school program not only in the NFL but playing for the same team in their hometown,  it’s unbelievable,” said Saguaro head football coach Jason Mohns. “We’re so proud of them.”

“When we’re all done playing football, I think it will really be able to settle in that this is something that’s never happened before and something that’s so special, unique, especially for the state of Arizona.,” said Cardinals wide receiver Christian Kirk.

On Tuesday, they returned to their old stomping grounds to host a pep rally and answer questions from students.

“Coming back seeing some of the same familiar faces and just being around a place that mean so much to me, it’s awesome,” said Cardinals running back D.J. Foster.

Each Sabercat turned Cardinal shared some of their experiences during their time at Saguaro as well as some advice for the current students.

“Just accomplish their goals, whatever they want to do they can achieve it,” said Byron.

The Cardinals host the Seattle Seahawks Sunday at 1:05 p.m.