Larry Fitzgerald is taking his time, weighing his options as he decides whether he'll retire or return for his 18th NFL season. 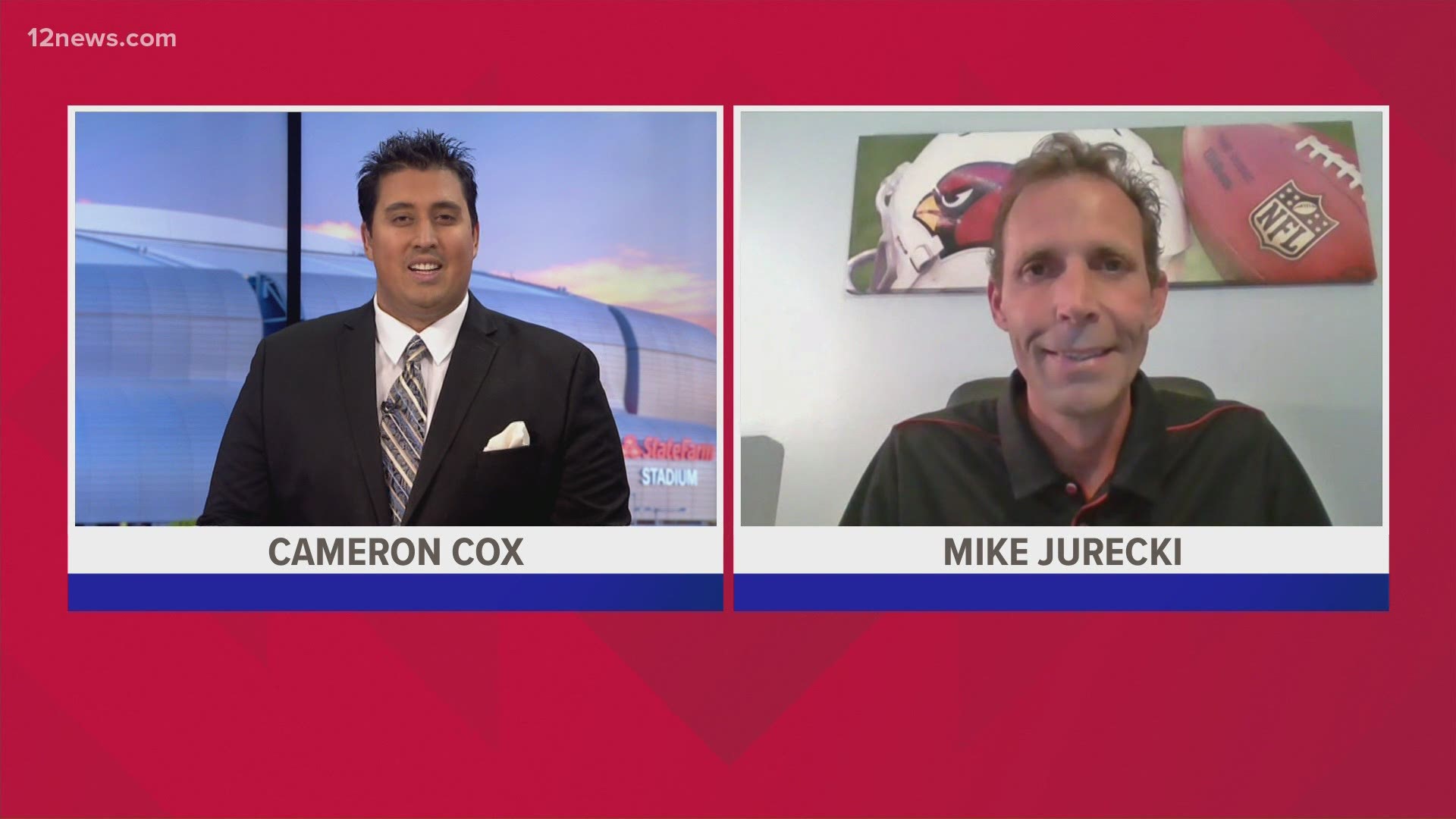 GLENDALE, Ariz. — It’s the longest Larry Fitzgerald has taken to make a decision about his future.

We’re nearing the end of March, and Larry Legend has yet to make it known whether he will come back for his 18th NFL season or retire.

Fitzgerald would be 38 years old at the start of next season.

Last season, Fitzgerald played just 13 games, missing two due to COVID-19 and the season finale due to injury. The receiver set career lows for receptions, yards and touchdowns in 2020.

It’s been somewhat of a blockbuster offseason for the Cardinals, who had two chances to make the playoffs last season but dropped both of their final two games to finish 8-8.

Arizona signed one of the most coveted free agents of the offseason in defensive lineman J.J. Watt. The team also traded for one of the NFL’s top centers in Rodney Hudson, signed veteran receiver A.J. Green and veteran kicker Matt Prater.

RELATED: J.J. Watt to Cardinals QB Kyler Murray: 'I came here because I believe in you'

If Fitzgerald wants another shot at his first ring, this would be his best opportunity in years.

Cardinals GM Steve Keim told Pro Football Talk on Monday that he has been in communication with Fitzgerald, but nothing about his intentions for next season yet.

NFL insiders Ian Rapoport and Josina Anderson have both said on social media over the past week that they have tried to get an answer out of Fitzgerald to no avail.

Jurecki said he thinks any speculation that Fitzgerald would go play for another team is nonsense.

“He’s got some options off the field, and all this speculation that he go play for another team, I think that’s nonsense, I don’t see that happening,” Jurecki said. “I’ve talked to Larry, I haven’t asked him when he’s coming back, I just know he’s got some options possibly in the television business and he’s got to weigh those out.”

Jurecki said he thinks the Cardinals may have an idea of Fitzgerald’s plans, but there has been nothing official.

The Cardinals have paid Fitzgerald $11 million each of the past five seasons, but after all of their offseason noise, the Cardinals won’t be able to afford to give him anywhere near that much this upcoming year if he were to return.

Jurecki said he’s not sure what dollar amount it would take for Fitzgerald to come back but says he doesn’t think his decision will have to do with money.

“When I look back at last season, I don’t think he really enjoyed the season,” he said. “Obviously, going through COVID and missing the last couple of games. People say maybe he would not want to go out like that, he didn’t get the proper send-off, but he played 17 seasons with the Cardinals, 16 when they had fans there so I don’t think it has anything to do with that.”

He says the biggest reason to return would be whether he believes this team can go all the way.

“I know one reason why he would return if he feels like this team is ready to make a run in the playoffs,” Jurecki said.

The world awaits to see what the future Hall of Famer decides.