The hype continues to build around the "Rising Red Sea" with a new rap and threads that are all the rage. 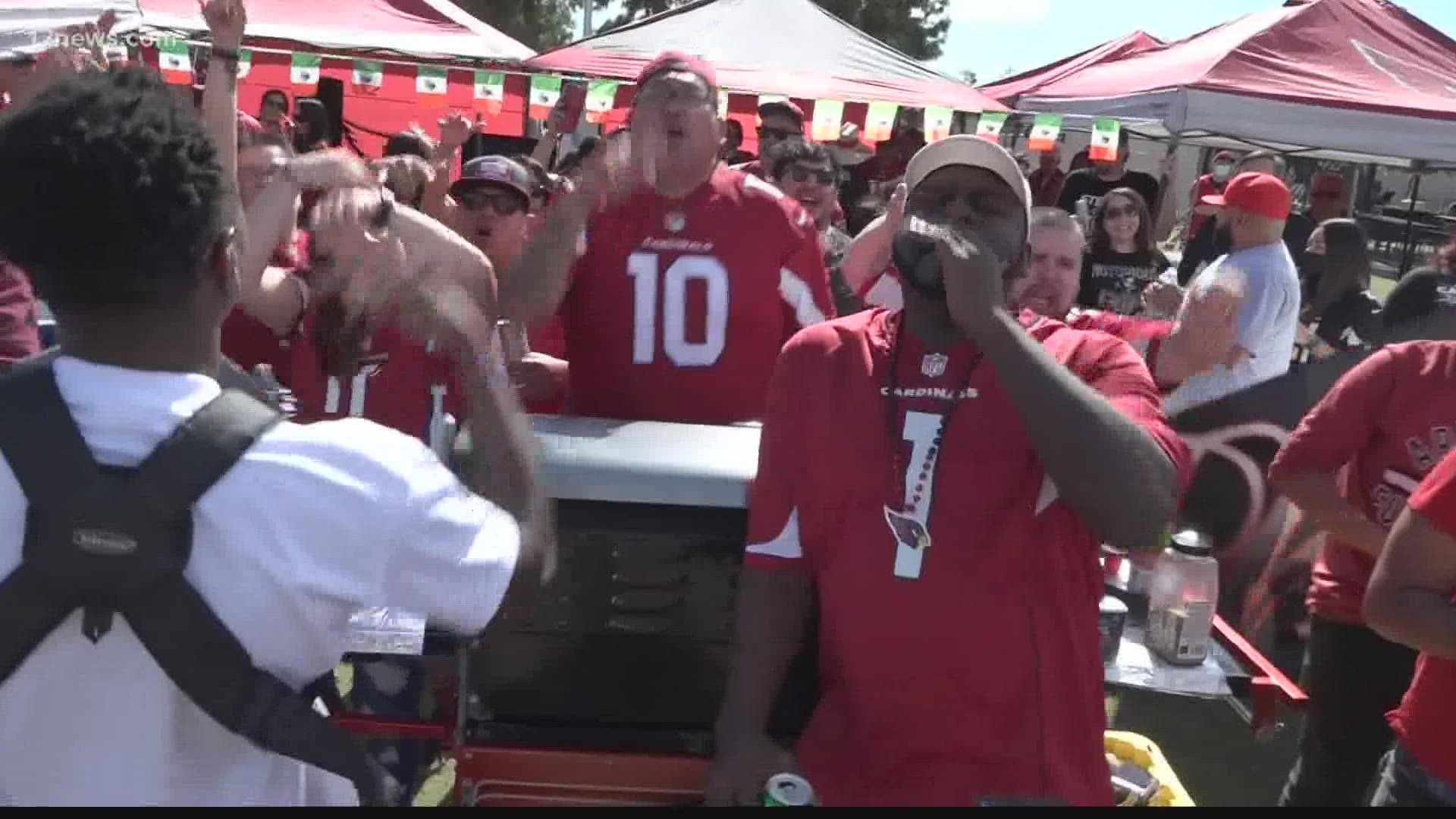 GLENDALE, Ariz. — It was just a couple of months ago the entire community was chanting "Rally the Valley" for our Phoenix Suns in the NBA Finals. And while the tune has changed, it’s only because the Arizona Cardinals are on fire this season!

The hype continues to build around the "Rising Red Sea" with a new rap and threads that are all the rage.

Rap artist Dudda2Kutta or D2K is creating a jam that all Red Sea fans can freak out over.

He said that fans can’t get enough of the undefeated, untouchable, unbelievable Cardinals, and that love is surfacing on all platforms here in the Valley.

RELATED: Cards vs. Packers: What you need to know

He adds the song essentially wrote itself as the season carries on the Cardinals continue to beat teams week in and week out.

"The song is called "Bird Gang, That Don't Bang," and it's a rallying cry of a song - something to give them to march into when they go to battle," D2K said.

The music is made in their South Phoenix studio called "Therapy Music."

The hype continues to build around the "Rising Red Sea" with a new rap and threads that are all the rage., D2K loves creating music that speaks to the community and has been following the Cardinals since they shared a stadium with the Arizona State Sun Devils.

The Redbirds have been battling all season long, standing undefeated in the NFL and they're not letting up. And they’re leaving artists like D2K to drop fresh beats.

"I mention a lot of players relevant now, I give a big shoutout to Pat Tillman and I covered it from A to Z, there are no cuss words in it, it's a family-friendly song celebrating the Cardinals," he added.

From Cardinals-inspired theme songs to shirts sporting the athletes, Arizona fans can have it all. Yuval Yakovy, a clothing designer with AZvintageapparel is creating clothes for Arizona fans across the board.

12 News spoke to him over the summer while the Suns were in the playoffs, and now the topic centers on the fiery football season.

"Kyler Murray, QB1, that's our guy we’ve got to put him on the front and then we got DHop and Budda. We got the veterans that have been around for a while,” Yakovy said.

“People are loving it, Arizona has been great for sports this year, the fans are really feeling it and we've even got some of the player's family members buying so it's been good."

Whether you're a die-hard fan or jumping on the bandwagon with the Bird Gang, you'll be welcomed with open arms as this exciting journey continues.