Cam's comments: no time to panic for the Cardinals

After being handed their second loss of the season, the Arizona Cardinals aren't panicking and here's why you shouldn't either. 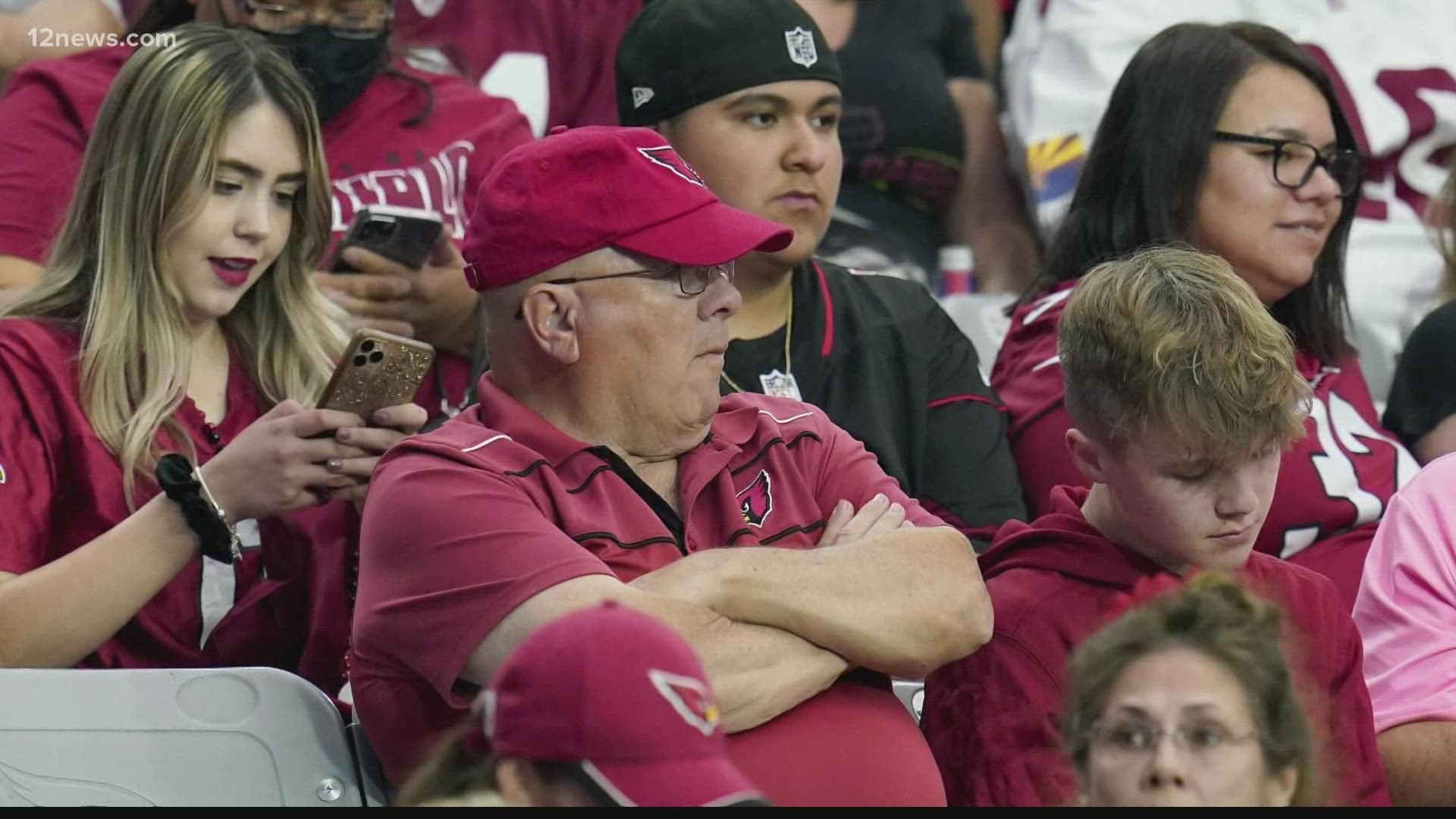 GLENDALE, Ariz. — This is no "Chicken Little" situation, or as Cardinals right tackle Kelvin Beachum said after Sunday’s blowout loss to the Panthers, “(there’s) no reason to think that the sky is falling… alright?”

“Everything is not going to be peaches and cream,” Beachum said. “It’s not (always) going to be pleasant. Sometimes you got to battle through adversity, (and) we haven’t had a lot of adversity this year.”

So if the Cardinals aren't panicking right now, why should you?

So here’s why we need to stay away from the panic button.

Return of the Jedis

The stars of this show are coming back soon. Quarterback Kyler Murray and wide receiver Deandre Hopkins are close to returning after missing the last two games with injuries. Murray is battling a bum ankle and Hopkins has a sore hamstring.

They could rest one more week heading into next week’s bye, which fortunately would give them both four weeks off before a December playoff push.

The Cardinals need both around for the end of this story. We all saw what this offense looks like without their MVP and their MVP’s best weapon — it’s not good nor sustainable. So it's absolutely necessary for both to be healthy for this thing to go.

Cardinals are also hoping to get other starters back soon like left guard Justin Pugh (strained calf), right guard Max Garcia (achilles) and running back Chase Edmonds (high ankle sprain), who was placed injured reserve recently and should be back in mid-to-late December.

PREVIOUSLY: Murray, Hopkins out for Cardinals game second week in a row

Welcome to easier street. With seven games left, the Cardinals have the fourth easiest remaining schedule in the NFL.

In just three short months, Kliff Kingsbury has gone from being on the hot seat to sitting in the lazy boy recliner.

Coming into this season, there were many people, including myself, asking the question — can Kingsbury coach?

Those questions are no more. I was wrong. Not only can Kingsbury coach, but he’s my front-runner for Coach of the Year. Kingsbury has the Cardinals off to one of their best starts ever and undefeated on the road, which is near impossible in the NFL.

How much better is this offense from when Kliff got here in 2018 till now? It's unrecognizably different.

The column on the left shows the Cardinals offensive rankings at the end of 2018, just before the arrival of Kliff Kingsbury & Kyler Murray

The one on the right shows the team’s offensive rankings thru 9 games in 2021. pic.twitter.com/wL5GoNL6XE

No matter the situation this season throws at them (COVID-19, missing coaches, injuries, etc.) this team finds a way to keep going. They ooze the confidence, swagger and standard of their head coach.

They believe in him and he believes in them. Just like the Lasso way worked for AFC Richmond in the TV show "Ted Lasso", the Kingsbury way is working for the Cardinals.

"There's some real parallels between Ted Lasso and myself," Kingsbury said after I asked him if he learned anything from the now-famous character.

"Like the epic YouTube dance video. Y'all were at my press conference. It was essentially the same press conference as Ted Lasso had, when everybody was like, 'Is this some kind of a joke?' "He's weirdly positive all the time. So, we'll take it. But, yeah, I like the show."

This 2021 Cardinals show is pretty fun to watch too, and I can’t wait to see how this season ends.

Watch the Cardinals take on the Seahawks in Seattle on Sunday at 2:25 p.m. MST.