The team signed the former No. 7 overall pick in March after four injury-riddled seasons with the Chicago Bears. 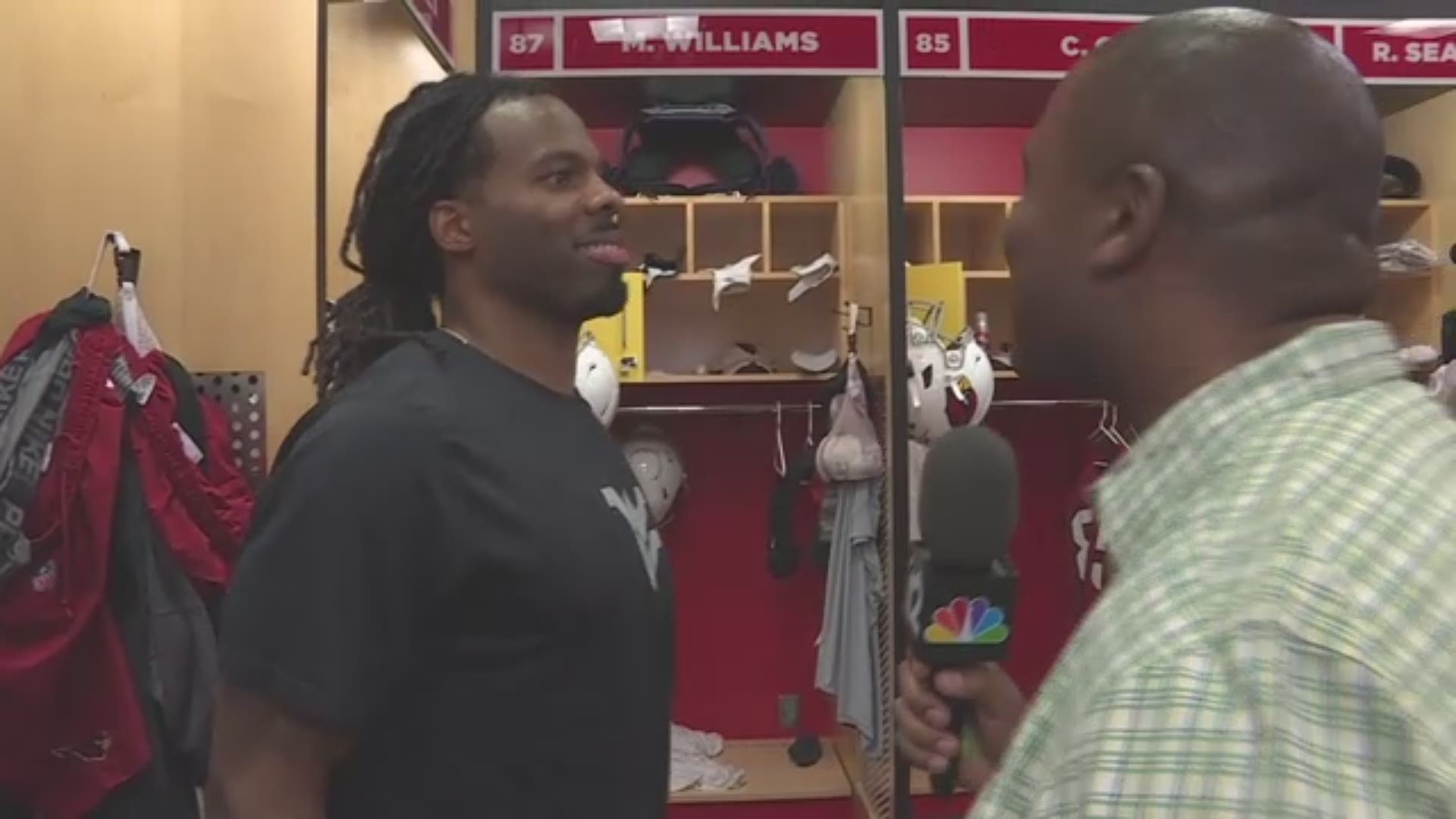 GLENDALE, Ariz. - Just a few weeks after the initial Cardinals depth chart had Kevin White listed as the No. 3 wide receiver behind Larry Fitzgerald and Christian Kirk, the team has cut the 27-year-old, the team announced Wednesday.

The Cardinals signed White in March of this year to a 1-year deal after he was with the Chicago Bears for four injury-riddled seasons.

White, after he was drafted No. 7 overall out of West Virginia in 2015, missed his entire rookie year with a stress fracture in his shin.

He went on to play only four games in 2016 before being placed on injured reserve with a fracture in the same leg.

In the first game of 2017, White fractured his left shoulder blade and missed the rest of the season.

White had just four catches for 92 yards for the Bears in 2018 and spent 7 games inactive.

White was hopeful for a healthy, fresh start in Arizona and the Cardinals seemed to be excited about White early on in training camp, but that has since dissipated.

White did catch a touchdown throw in the Red and White scrimmage practice held the weekend before the first preseason game.

The Cardinals announced yesterday rookie wide receiver Hakeem Butler suffered a hand injury that will force him to miss significant time, but the team has not yet said whether they'll place the rookie on the injured reserve.

With White gone and assuming Butler misses significant time, if not the entire season, the Cardinals are left with 10 receiver to make and estimated seven roster spots.