The Cardinals are the only undefeated team in the NFL: Here's what the country thinks of it

The Arizona Cardinals are not only at the top of the NFC West but the team has the best record in the NFL. 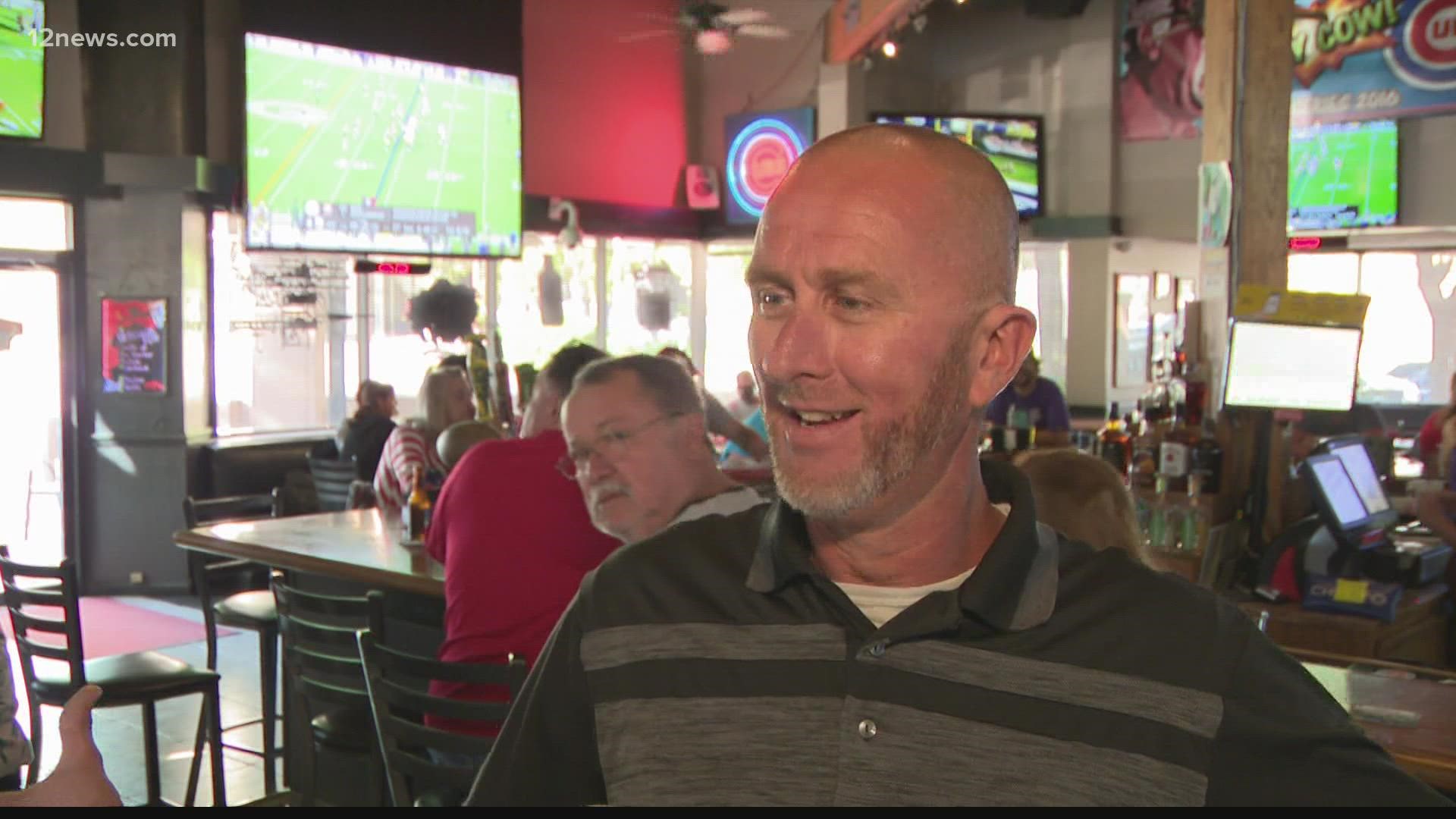 GLENDALE, Ariz. — Not many would have predicted that the Arizona Cardinals would be in the position that they're in now.

Their best season record in the past three years was 5-5. The last time the Cards' even touched the playoffs was in 2015 when the now, almost retired, Larry Fitzgerald led the way.

However, the Cardinals are on the path of turning any doubters into believers by starting the 2021 season off strong.

The Cardinals are the only undefeated team left in the NFL with a 4-0 start, their first four-game win start since 2012 and they sit on top of the NFC for the first time in six years. They also lead the NFL in both averaging points (35) and yards (440.5) per game.

Naturally, the Red Sea has been making waves in Arizona about the team's thrilling start but here's what the rest of the country has to say about the underdogs... or underbirds.

Looking for the other undefeated teams... pic.twitter.com/GCacDhpIge

Playoff hopes on the rise

The odds of the Cardinals reaching the playoffs may have just increased thanks to them being unbeaten.

Yahoo! Sports made the observation that last year, six teams started their seasons 4-0 (the Steelers, Titans, Bills, Chiefs, Packers and Seahawks) and all six of those teams made it to the playoffs.

The sports outlet said as the only team that made the 4-0 list this year, the Cardinals should view those odds as good news.

ESPN staff wrote that Murray topped Mahomes as the consensus favorite to win NFL MVP after the Chiefs entered the season 2-2. Murray has attracted more bets to win the MVP than any other player at Caesars Sportsbook since the season began, ESPN reported.

As the old saying goes, behind every 4-0 team is a great quarterback, or something like that.

Time to wake up

Bleacher Report is setting everyone's alarms because they said it's time to stop sleeping on the Cardinals.

Bleacher Report staff wrote that the Cardinals Week 4 blowout over the Los Angeles Rams should be a wake-up call for anyone who didn't take the team seriously.

While another testing game awaits with the Cleveland Browns in Week 6, the Bleacher Report believes the Cardinals have what it takes to go all the way.

Kyler Murray and the Cardinals knock out the Rams.