Growing up, McCoy used to watch head coach Kliff Kingbury light it up as the quarterback at Texas Tech. Now, McCoy gets to play for him. 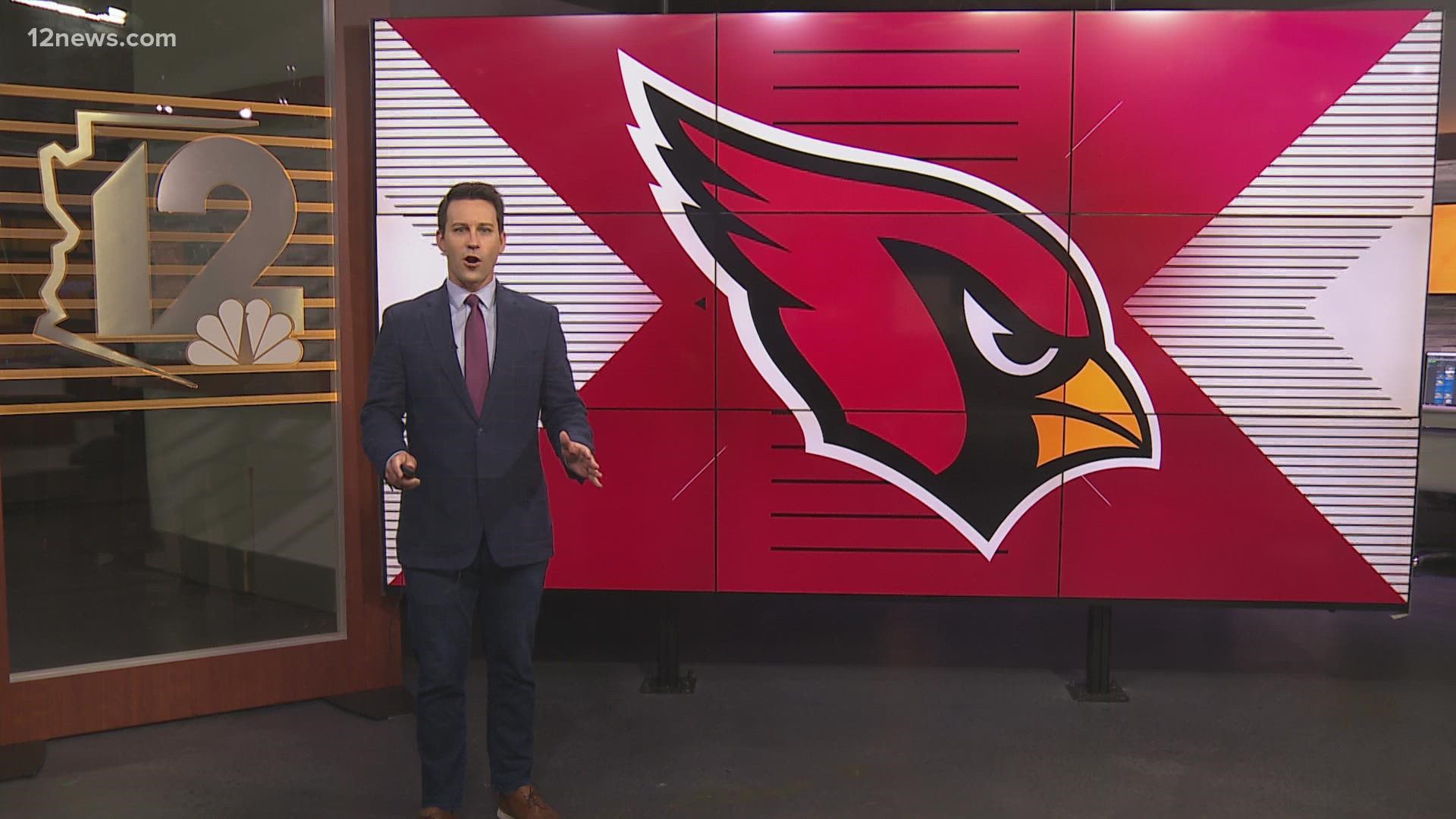 The Arizona Cardinals' new backup quarterback Colt McCoy is a Texas football legend, so it’s only fitting his first question in camp is about the Texas and Oklahoma leaving the Big 12 to join the SEC.

“I don’t know what to think about us moving to the SEC. We haven’t really performed all that great over the last 10 years,” said the former University of Texas quarterback. “At least Oklahoma is with us, and my biggest takeaway is we get to play Texas A&M again.”

These conversations come up, especially when the guy McCoy is backing up, Kyler Murray, went to Oklahoma.

“We got it all out. We’re good now,” McCoy said when asked about the college football rivalry talk between the two quarterbacks.

McCoy and Murray’s relationship is already solid. While he can’t do all the things Murray does on the field, he’s watching him closely.

"I want my voice to sound like his voice,” said McCoy. “I want my signals to look like his signals.”

His NFL resume and 12-years of experience is the reason he’s here.

"I don't think you ever see yourself as a backup, but I do understand my role,” McCoy said. "I'm going to push Kyler to be his best. When he plays well, our team is going to play well."

Growing up in high school in Texas, McCoy used to watch head coach Kliff Kingbury light it up as the quarterback at Texas Tech, now he gets to play for him.

"We knew we wanted to find the right guy who could play at a high level and also help mentor Kyler,” Kingsbury said. “To find a guy I know Kyler watched growing up when Colt was the King of Texas, it’s pretty neat. Me being from Texas myself, to sit in that room and listen to them go back and forth and share stories, they’re building a great rapport.”

McCoy has experience playing and winning inside of State Farm Stadium. He helped lead the Longhorns to a 24-21 win over Ohio State in the 2009 Fiesta Bowl.

“That was really fun," he said. "I just remember the whole week out here. That was the best bowl game that I ever played in and we played in the Rose Bowl twice.”