Chandler Jones made history and was a key factor in the Cardinals' success on Sunday against the Titans. 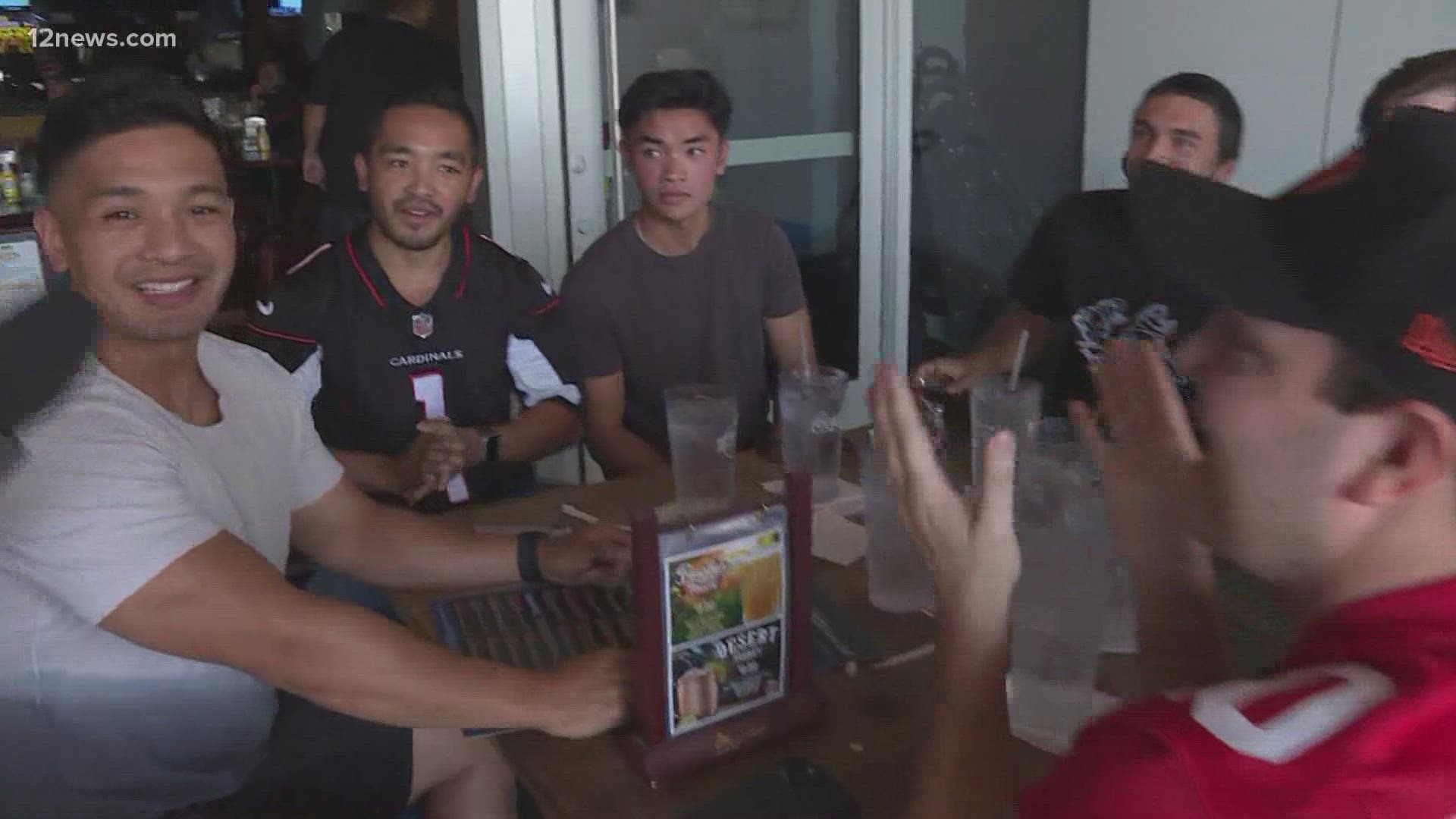 NASHVILLE, Tenn. — The Arizona Cardinals defeated the Tennessee Titans in the season opener on Sunday, 38-13 and the victory could be contributed to some historical moments.

Haason Reddick recorded 5.0 sacks against the New Your Giants on Dec. 13, 2020, according to the organization.

Week 1: Every Sack by Chandler Jones

Chandler Jones is now one of 17 players in NFL history to reach 100.0 career sacks in their first 10 seasons. pic.twitter.com/GVS7rRN6tp

J.J. Watt recorded 100 sacks in 120 games in 2020, with the Houston Texans when he sacked Jacksonville Jaguars rookie QB Jake Luton, an article from ESPN said.

Now the Cards' defense has two of three active players with 100+ sacks in their career featured on their team, making it the first time since the Vikings 1999, according to the organization.

On Sunday, Jones joined Hall of Famer, Derrick Thomas (Kansas City), and Billy Gay (Detroit) as the first player in the past 23 years and the third player in history to make 5.0 sacks in a season-opener.

Jones is the fourth player to have at least three career games with 4.0+ sacks, coming in the last 16 games played, the organization said.

This comes as a feat for Jones as he missed 11 games last season with a biceps injury.

"You can't individually replace the impact of somebody like Chandler. We have to do it as a collective group."

Chandler Jones will miss the rest of the season after undergoing biceps surgery.

After Sunday's game, Jones joined Pro Bowl pass rusher Aldon Smith as the only NFL player in the last 16 seasons to record 5.0+ sacks, 6+ QB hits, 4+ tackles for loss and 2+ forced fumbles in a single game, the Cardinals share.