According to Albert Breer of the Monday Morning Quarterback, the Cleveland Browns are willing to pay Jadeveon Clowney $15 million on a one-year deal. 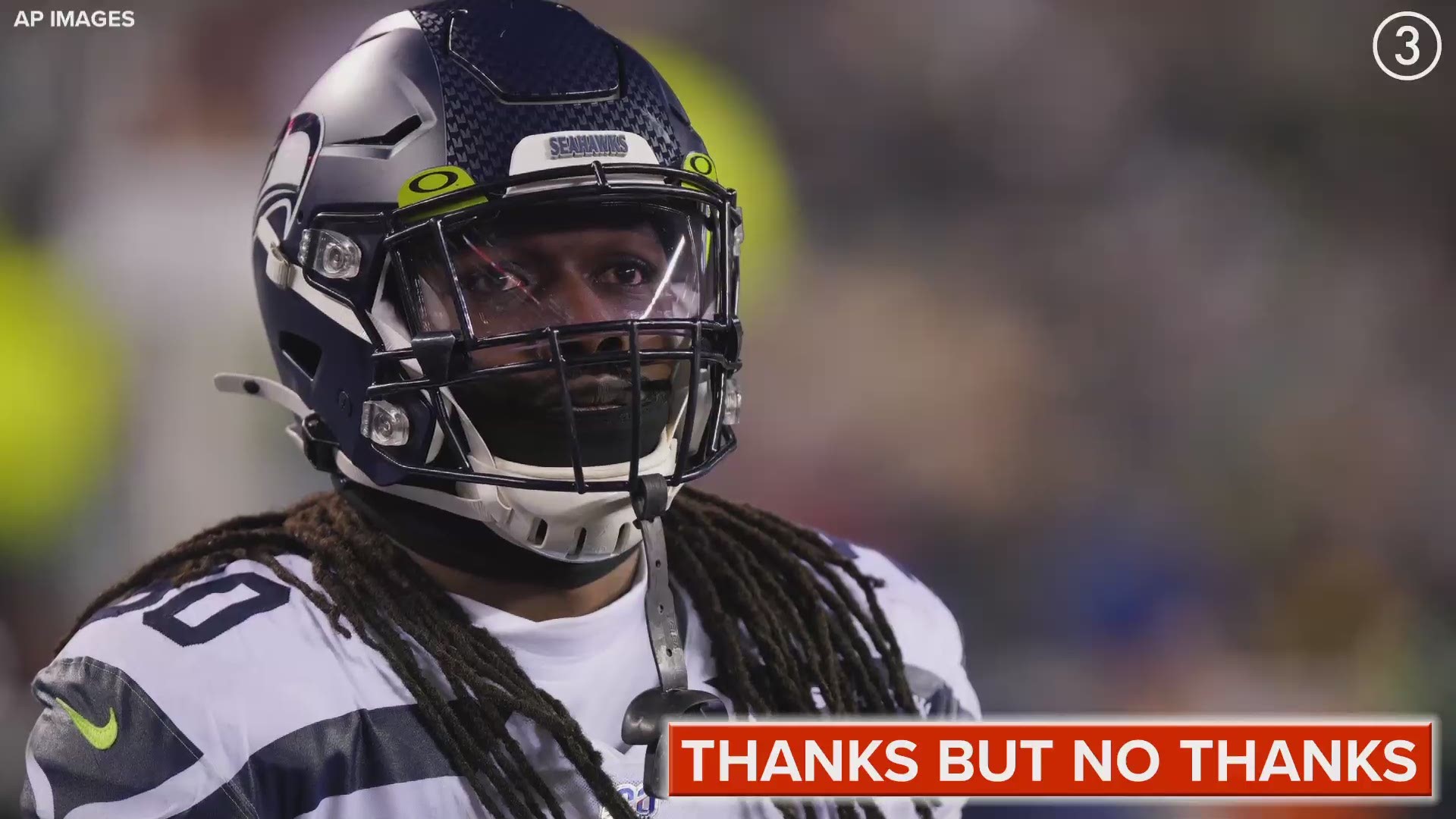 With NFL training camps nearly a month away from their scheduled starts, one of the league's premier pass-rushers remains un-signed. But while it remains unclear how mutual their interest is, more details have emerged regarding the Cleveland Browns' pursuit of Jadeveon Clowney.

In his Monday Morning Quarterback column on Monday, Albert Breer examined Clowney's status as the NFL's top unsigned free agent. In doing so, Breer revealed that the Browns are willing to pay a "good rate," which he heard is a one-year contract in the $15 million range.

"That tells me a couple things. One, that Clowney’s financial desires are still a barrier to getting a deal done," Breer wrote. "And two, that those desires may come on a sliding scale, based on destination."

This isn't the first time Cleveland has been linked to Clowney, who spent last season as a member of the Seattle Seahawks. Dating back to early-April, the Browns have been the most consistent team attached to the 2014 No. 1 overall pick, with ESPN's Adam Schefter reporting in May that Cleveland has actually offered him the highest salary figure of any suitor.

But while Yahoo Sports' Charles Robinson even went as far to predict the Browns would land Clowney, the reality remains that he's still un-signed. That led Schefter to speculate that when it comes to Cleveland's pursuit of the 3-time Pro Bowl selection, the interest simply isn't mutual.

"They've been the most aggressive team with him financially," Schefter told WKNR 850 ESPN Cleveland's The Next Level. "He has balked at going to Cleveland for whatever reason. I think he's been hesitant to go because if he wasn't, he would've gone already because it's the most money. It's the richest offer on the table and he hasn't taken it. So why is that? I don't know. Is it not wanting to be in that city? Is that lack of belief in the organization?"

Nevertheless, until the 27-year-old Clowney signs elsewhere, the speculation linking him and the Browns will likely continue. Speaking to reporters in April, Cleveland general manager Andrew Berry declined to discuss any specifics regarding his team's reported pursuit of Clowney.

“We’re actively always looking, whether it’s draft, free agency, trades, waiver wire, you name it, to add players to our roster,” Berry said. "Obviously Jadeveon, he’s a good football player. But for us, it really goes back to something I mentioned maybe a few months ago. Rest assured, across all opportunities to acquire players, we’re going to be aggressive in adding talent to the roster.

RELATED: Cleveland Browns head coach Kevin Stefanski encouraging players to 'get in the arena' when it comes to social justice