Nathan Garcia came to visit a Suns practice all the way from Perth, Australia while nearing the end of his life. 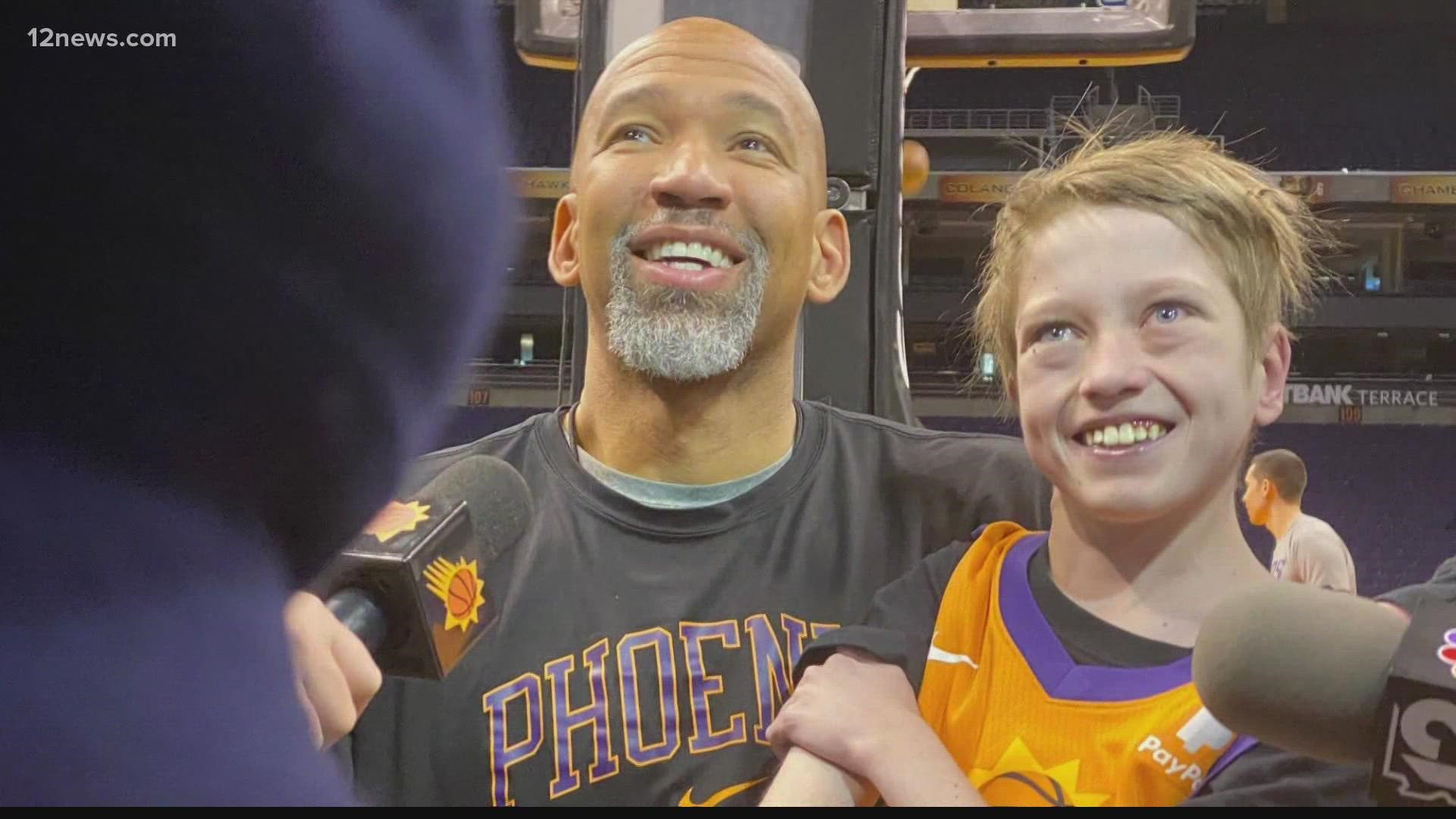 PHOENIX — One of the reasons this last Phoenix Suns season was so special was because of the people connected to it.

From those on the court to folks behind the scenes and the generations of fans cheering them on, the Suns family rolls deep.

An example of that family was seen in March of 2020 when 17-year-old Nathan Garcia came to visit a Suns practice all the way from Perth, Australia.

You would never know seeing the big smile on his face, but Nathan was nearing the end of his life and in hospice care.

It was a bucket list trip to see his favorite NBA team and meet his favorite player – Devin Booker, who he always called “D-Book.”

“He’s just very underrated, and I feel he’s better than what people say he is,” Nathan said in 2020 after he had the opportunity to chat with Booker during a shootaround.

“He said he was holding me down for the All-Star support, so that means a lot,” Booker said after meeting Nathan. “Just to be in this position to even affect a kid’s life in Australia or even have this platform to make it a lot bigger than throwing the ball in the basket.”

A year and a half later, after living his entire life with two rare diseases, Nathan passed away on Saturday.

But the joy from that one day with the Suns is something that won’t be forgotten.

Nathan was the focus of a documentary called, “I am Nathan,” which followed him and his mom as they took on the world's challenges.

Nathan’s family set up a GoFundMe account to help with funeral and medical expenses.