Phoenix Suns Arena was absolutely rocking all night as the Suns dominated the Nuggets to take a 2-0 series lead. 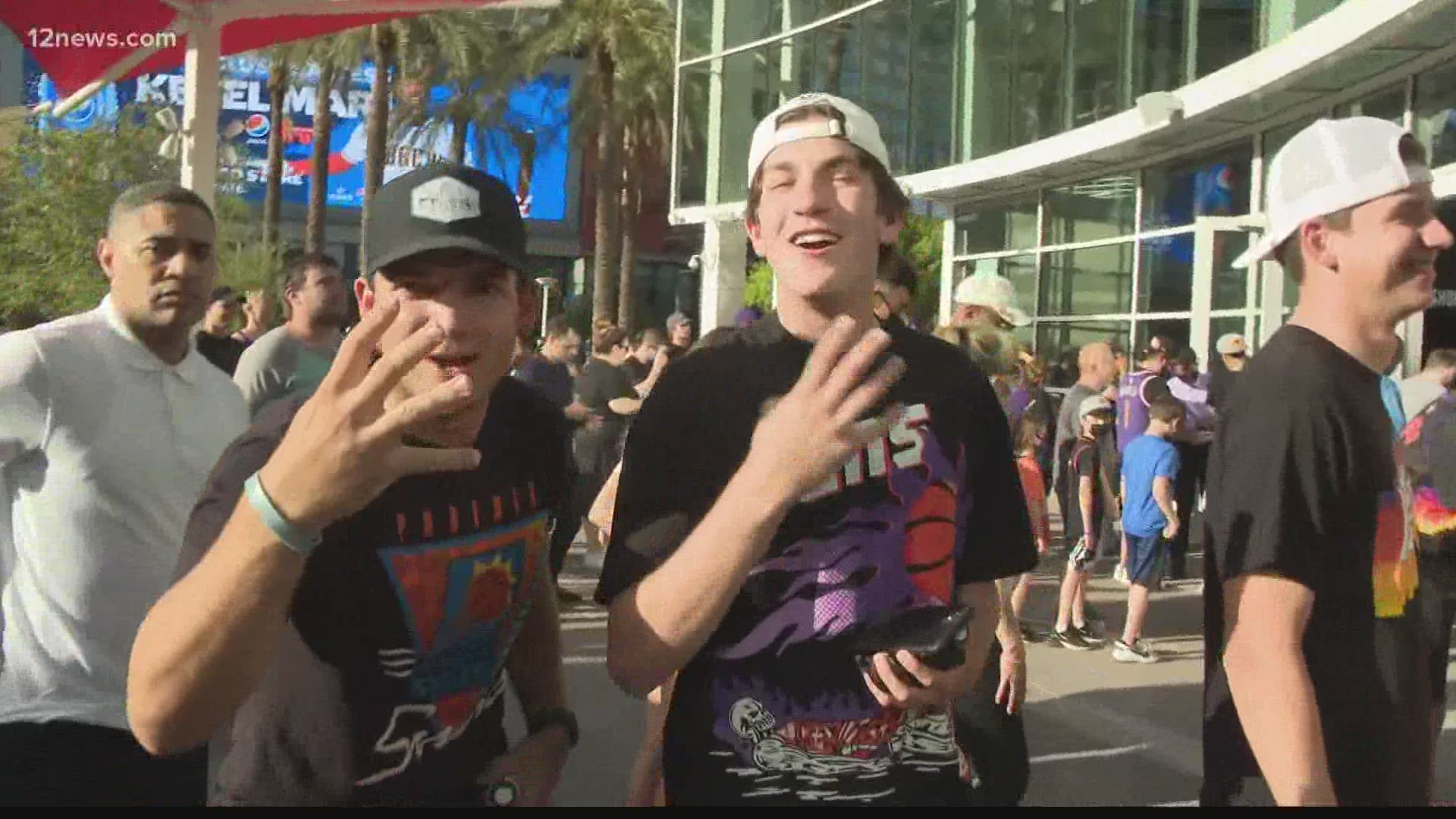 PHOENIX — For most of Wednesday night's Game 2 in Phoenix, we saw a Denver Nuggets team that couldn't get to the Suns' level as the Suns rolled to a 123-98 win to take a 2-0 lead in the Western Conference Semifinals.

It was a full team effort the Suns, who have controlled this series since about the mid-point of the third quarter in Game 1. Six Suns players were in double figures scoring on Wednesday.

Devin Booker led the team with 18 points and added 10 rebounds. Chris Paul put on an absolute show scoring and dishing, with 17 points and 15 assists.

Paul also had zero turnovers, making it his 11th-career game with 15+ assists and 0 points. All other active players combined have had 11 total 15+ assist/0 turnover games.

NBA MVP Nikola Jokic led the Nuggets with 24 points. In the first round series against the Blazers, Jokic averaged nearly 35 points per game. He's averaging just 23 points per game through two games against Phoenix.

It was just a 4-point lead for Phoenix after the first quarter, but that lead was extended to 10 at half and then 19 points ahead of the fourth quarter before being extended to 30 points in the fourth.

The Suns have now won five straight playoff games. In their last four wins, they've outscored the Lakers and Nuggets by 85 points.

In the last four games, the Phoenix Suns have outscored the Lakers/Nuggets by 85 (EIGHTY FIVE) points.

When we talk about how crazy the atmosphere gets at Phoenix Suns Arena, we’re talking Gorilla on top of a bar crazy. pic.twitter.com/QCIl7z9y02

This series so far, in a photo. (AP Photo/Matt York) pic.twitter.com/6vexlX4bgd

Home court advantage was big for Phoenix again in Game 2, as Suns fans are starting to gain national attention with many saying Phoenix may be the hardest place to play in the NBA Playoffs right now.

With a 2-0 series lead, the Suns will head to Denver for the next two games. Game 3 is set for Friday at 7 p.m.

Check out daily Suns content from the Locked On Suns Podcast, available on Apple, Spotify or wherever you listen to podcasts.