As the series heads back to Staples Center, the Suns are likely to reincorporate Chris Paul who's been out in the NBA health and safety protocol. 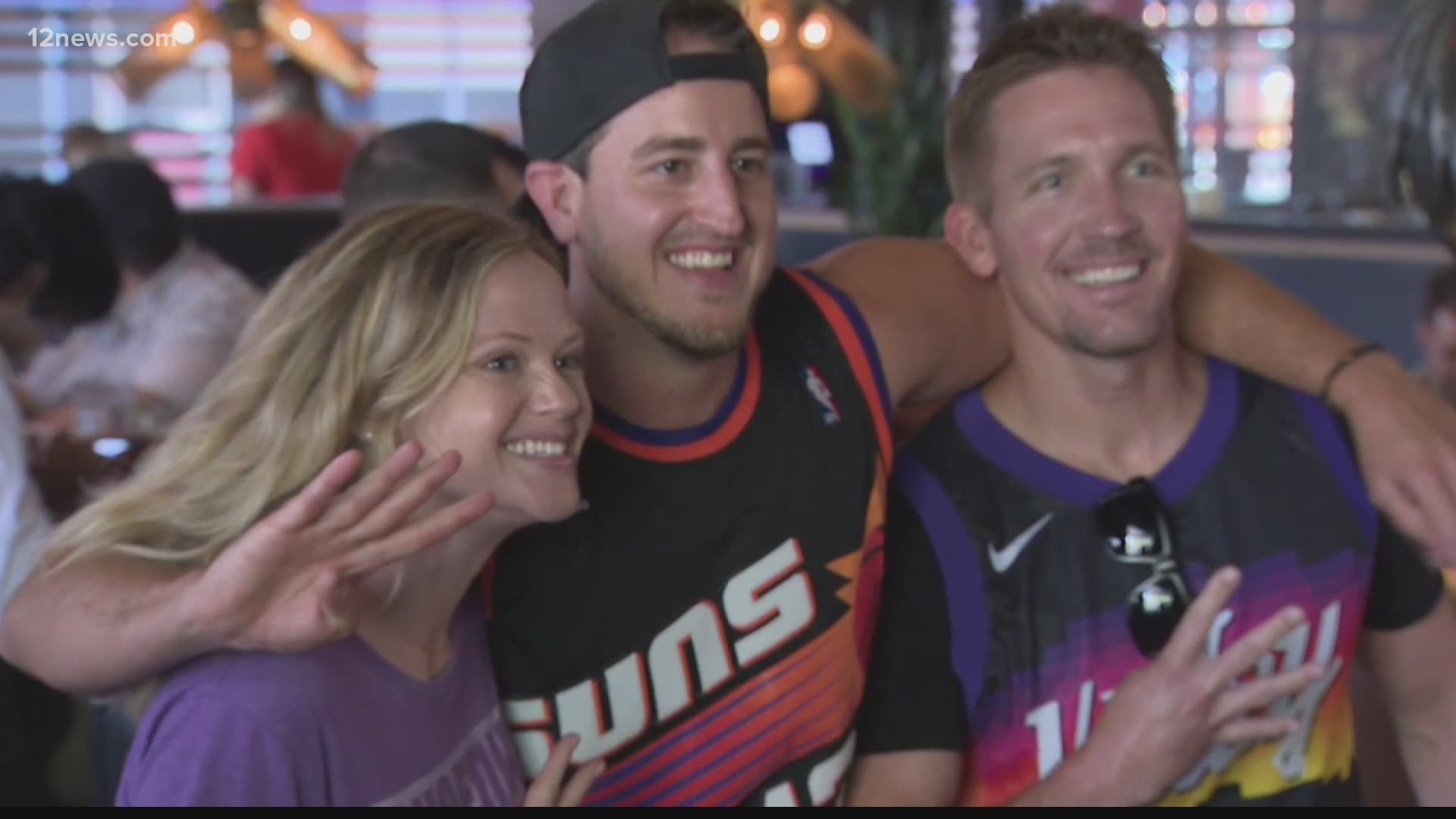 LOS ANGELES — All week, Phoenix Suns guard Cam Payne has stayed on message: he can’t fill the shoes of Chris Paul, who's been out in the NBA health and safety protocol. All he’s tried to do is “hold it down” while the Point God bides his time.

Payne has held it down -- and more. His 29 points in the Suns’ Game Two win were more than he had in the entire second-round series against Denver. As the series heads back to Staples Center, however, the Suns are likely to reincorporate Paul, who is listed as probable and reportedly passed a final cardio test on Tuesday.

Getting him back would be massive, but his presence has already loomed over the series from afar.

“He’s a winner, he just has an impact on winning,” head coach Monty Williams said. “He’s had a huge impact on the growth of our guys.”

And the Suns have put Paul’s beaming mug on their phone screens after both of the wins to open the series, FaceTiming him from the locker room so he, too, could revel in their success. The 2-0 lead makes for a nice return gift.

Still, Phoenix has outscored opponents by 13.1 points per 100 possessions with Paul on the floor in these playoffs. He finished fifth in MVP voting. And the last time we saw him at Ball Arena in Denver, Paul engineered a career game, with 37 points despite not one made three-pointer, to close out the Nuggets. It is impossible to deny the Suns are better with him.

That has to put fear into the Clippers, who will again be without Kawhi Leonard, who is rehabbing a right knee injury and did not travel with the team to Phoenix. Late in games, the Suns’ offense has been able to consistently create open shots, something Paul should only help. After a Game Two in which the Suns generated just 26 threes and made only eight, Paul should find openings for his teammates as well.

After the miracle “Valley Oop” by Jae Crowder and Deandre Ayton to steal a win on Tuesday, the Clippers’ backs are against the wall, down 0-2 in the series. Paul returning makes their job harder. But after consecutive series in which they battled back from a 2-0 deficit, Los Angeles rightly feels confident.

“We’re going to find a way,” said veteran guard Patrick Beverley, “like we always do.”

Payne and the Suns held it down while Paul recovered, but the Suns’ leader and maestro is back and ready for a Game Three that will define the series.