Suns finish as 2-seed in West, will face Warriors or Lakers in first round

The Suns went 2-1 against both the Lakers and Warriors this season, however, the Suns lost to each team earlier this month. 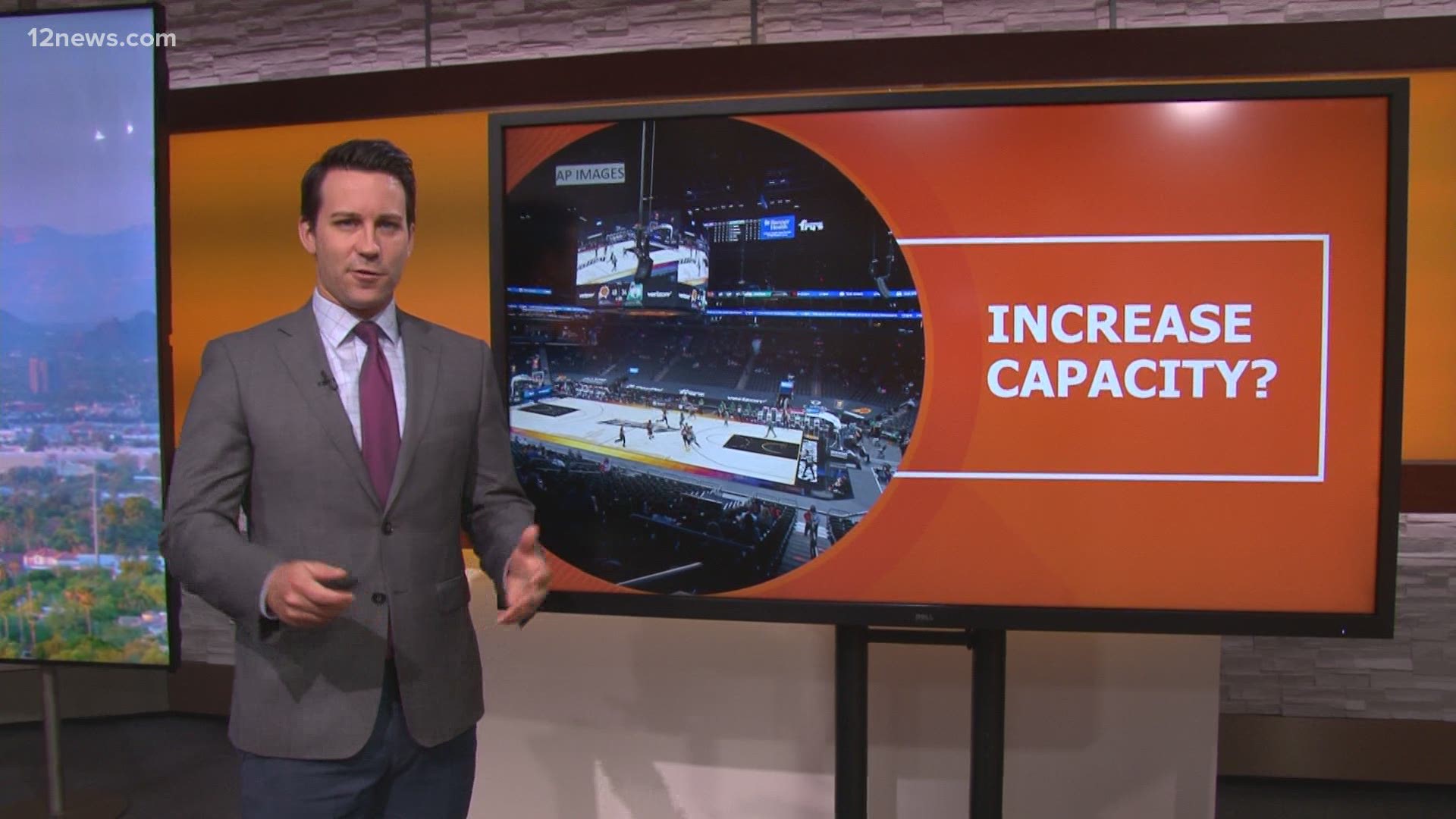 PHOENIX — The Phoenix Suns reserve players put on quite a show on Sunday in San Antonio to eke out a last-second victory and keep the Suns' 1-seed hopes alive, but the Utah Jazz defeated the Kings to cement themselves as the 1-seed in the West on Sunday night.

This means the Suns will be the 2-seed in the Western Conference and will take on the winner of the 7 vs. 8 play-in game between the Los Angeles Lakers and Golden State Warriors. That game will be played on Wednesday.

The Suns went 2-1 against both the Lakers and Warriors this season, however, the Suns lost the most recent game against each:

The play-in tournament will begin for the Western Conference on Wednesday. The first round of the playoffs begin Saturday, May 22. It's unknown at this time what day the Suns will start their series against either the Warriors or the Lakers.

If the Suns win their first-round series, they'll move on to play the winner of the 3-seed Nuggets vs. the 6-seed Trail Blazers.

The Suns went 3-0 against Portland this season, including a nail-biting finish last week. The Suns went 1-2 against Denver, but the two haven't played since January.

Here's how the standings in the West finished:

SUBSCRIBE: The Locked On Suns is on Apple Podcasts, Spotify, Stitcher and wherever you listen to podcasts.