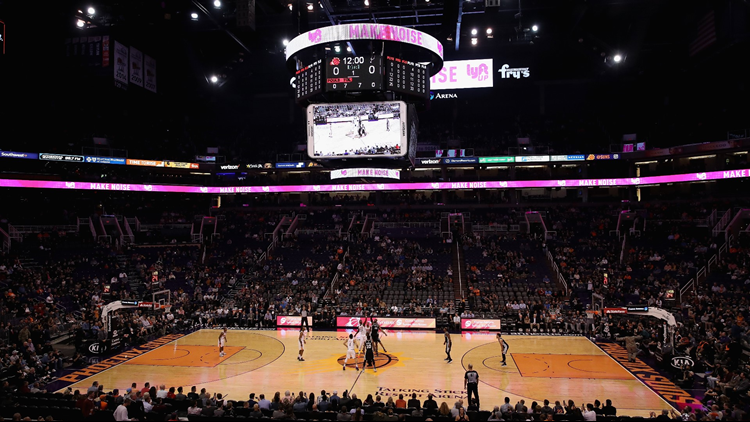 Photo by: Christian Petersen
General view of action as the Phoenix Suns and the San Antonio Spurs tip-off during the first half of the NBA game at Talking Stick Resort Arena on November 14, 2018 in Phoenix, Arizona.

Robert Sarver revealed the renderings and details for the updates on Thursday.

In January, Phoenix City Council approved a $230 million plan to update the arena, home to the Phoenix Suns and Phoenix Mercury.

The city was expected to kick in $150 million from its Sports Facilities Fund, financed by hotel and rental car taxes. The Suns will stay in downtown Phoenix through 2037 as a part of the deal.

The updated arena will include a 3,550 square foot center-hung scoreboard, 8,500 square feet of LED screens, a redesigned Casino Arizona Pavilion, and a bar with a direct view into the seating bowl.

A food court will be added to the main concourse, which will be expanded. The current seating throughout the arena will also be replaced with cushioned seats.

There will also be 55 suites, eight more theatre boxes, new VIP clubs and an exclusive two-story club dubbed 1968. There will also be three new floor suites next to the main court, where players can pass by and high-five suite members on their way to the court. 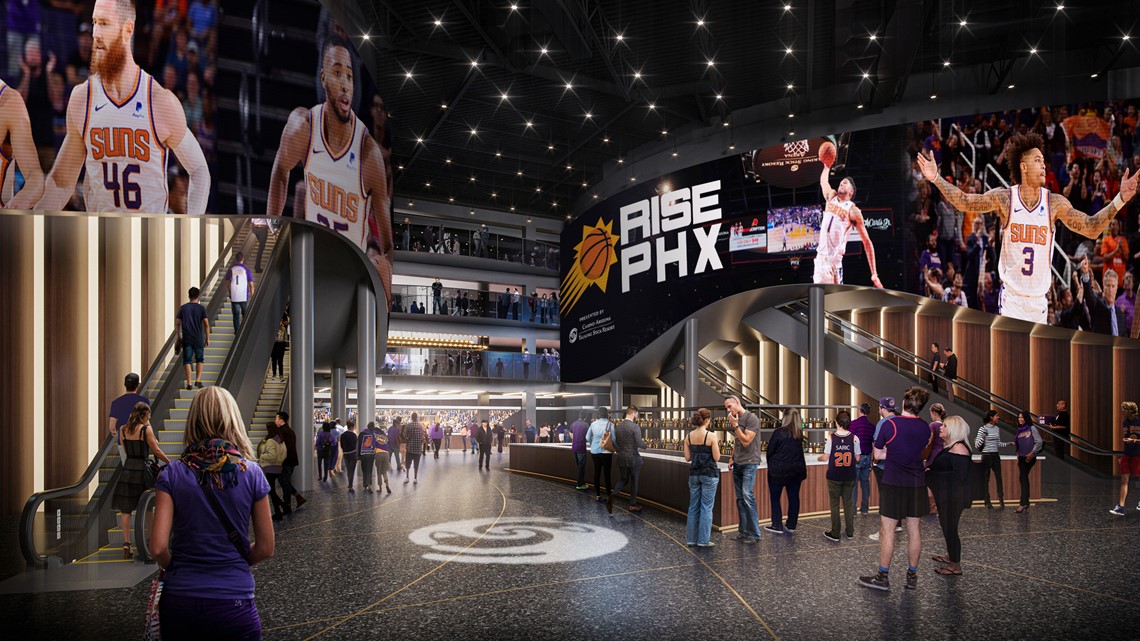 The arena was opened in 1992, first known as America West Arena and then US Airways Center.