Phoenix Suns guard Chris Paul breaks down why he re-signed 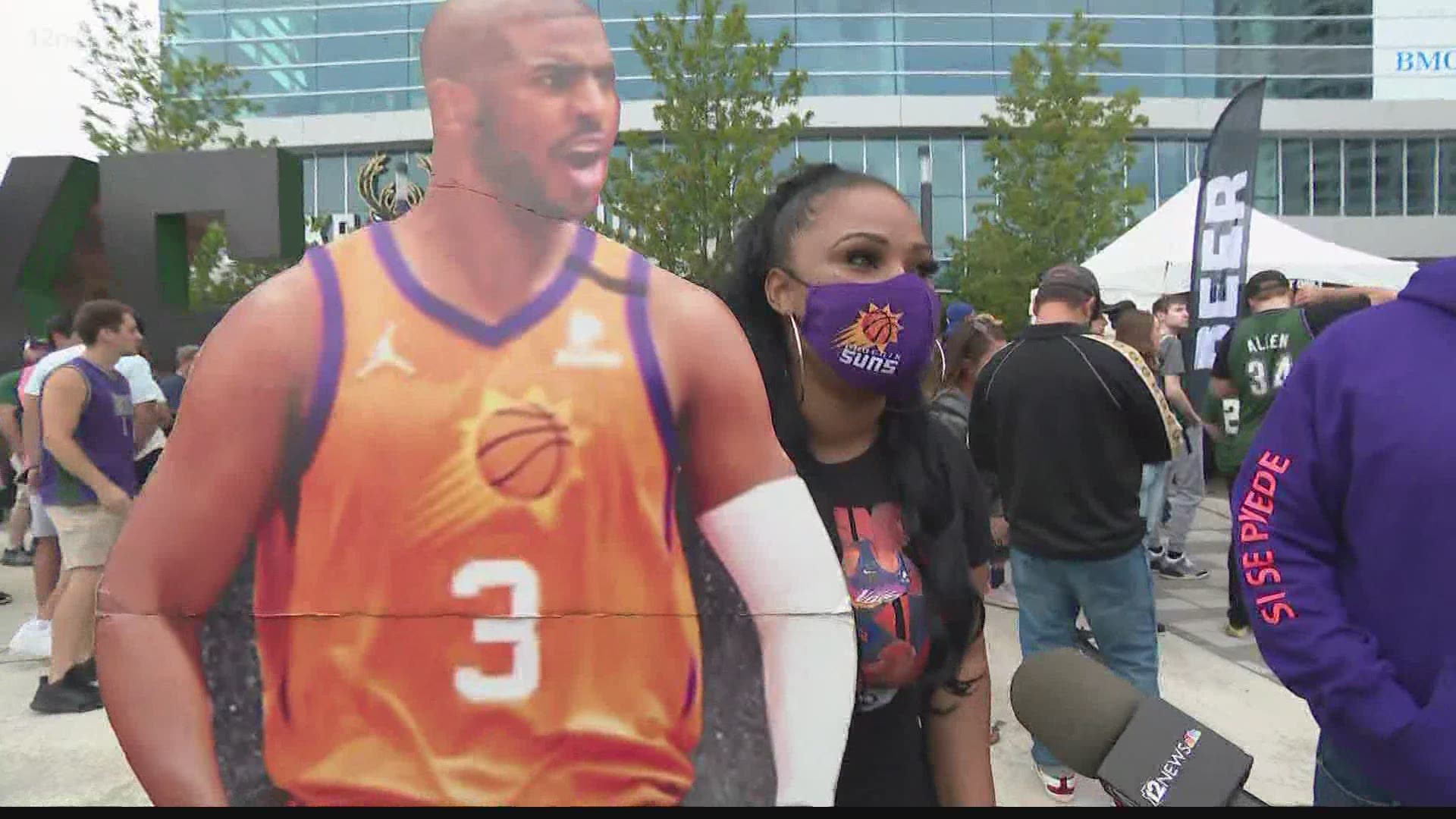 PHOENIX — For the first time, we are hearing why Phoenix Suns' 11-time all-star guard Chris Paul decided to re-sign and stay in the Valley, after coming up just short of an NBA title this summer.

Paul signed a 4-year deal worth up to $120 million on August 6, after helping lead the team to their first NBA Finals appearance since 1993, and the team's first NBA Playoff appearance in 11 years.

In a three-and-a-half minute preview video for an upcoming episode of 'No Chill with Gilbert Arenas' for FuboTV, Paul spoke about what drew him back to the Valley, saying he wants to win a championship with the Suns.

"We've still got to win it now. We've got to get to it now," Paul said. "My thing is you'll find a way (to compete for a championship). That's the hardest part for me, because I'll always say this, 'Show me somebody that's okay with losing, and I'll show you a loser.' Like for real, for real, I ain't never going to be cool with losing, ever. I don't care if it's (the) booray (card game), I don't care if it's Connect 4, whatever it is, that's just the energy that I'm always on."

Paul talked about why he originally wanted to come to Phoenix, after leading Oklahoma City to the playoffs in the NBA bubble in 2020, and one of the major reasons was head coach Monty Williams.

"People didn't even know that was in my mind, right, to go to Phoenix," Paul said. I knew (Suns head coach) Monty (Williams) already, and regardless of how our relationship has been in the past, or even that year when I played for him, I know his mindset, so I know he prepares. You want to know, when you're in the last minute, two minutes of the game that that coach can give you x's and o's. Not only the x's and o's, you gotta make sure that that coach has your team disciplined enough that you've got principles defensively."

So, I knew me and how I operate, and especially at this point in my career, like damn, Devin (Booker)'s there and he's nice," Paul said. "I already know he's a dawg, I know that energy he's on because I've worked out with him. Ok, Wille's there, Willie Green, that's my man, so off the court, right, if I'm going to be by myself, I know him that he'll help keep my mental (health) because that's a whole other component to it. And so, I was like, man this could work."

'No Chill with Gilbert Arenas' airs every Sunday at 7 p.m. ET/PT on fuboTV, and it can also be streamed for free here.

Arenas, the host of the show, starred at the University of Arizona before going on to play for 11 years in the NBA. He's a 3-time All-Star.

The Suns open training camp in about a month on September 28th. They will open preseason play on October 4th in Sacramento against the Kings. Then the defense of the Suns' Western Conference Title, and hunt for the franchise's first NBA title, begins on Oct. 20 at Footprint Center in downtown Phoenix against the Denver Nuggets.

Tickets for the 2021-22 season are on sale now and can be purchased by clicking here.

Stay up to date with the latest Suns news with the Locked On Suns Podcast, available anywhere you listen to podcasts.