Booker's first tattoo says "Be Legendary," something Kobe Bryant wrote to him on a pair of shoes. 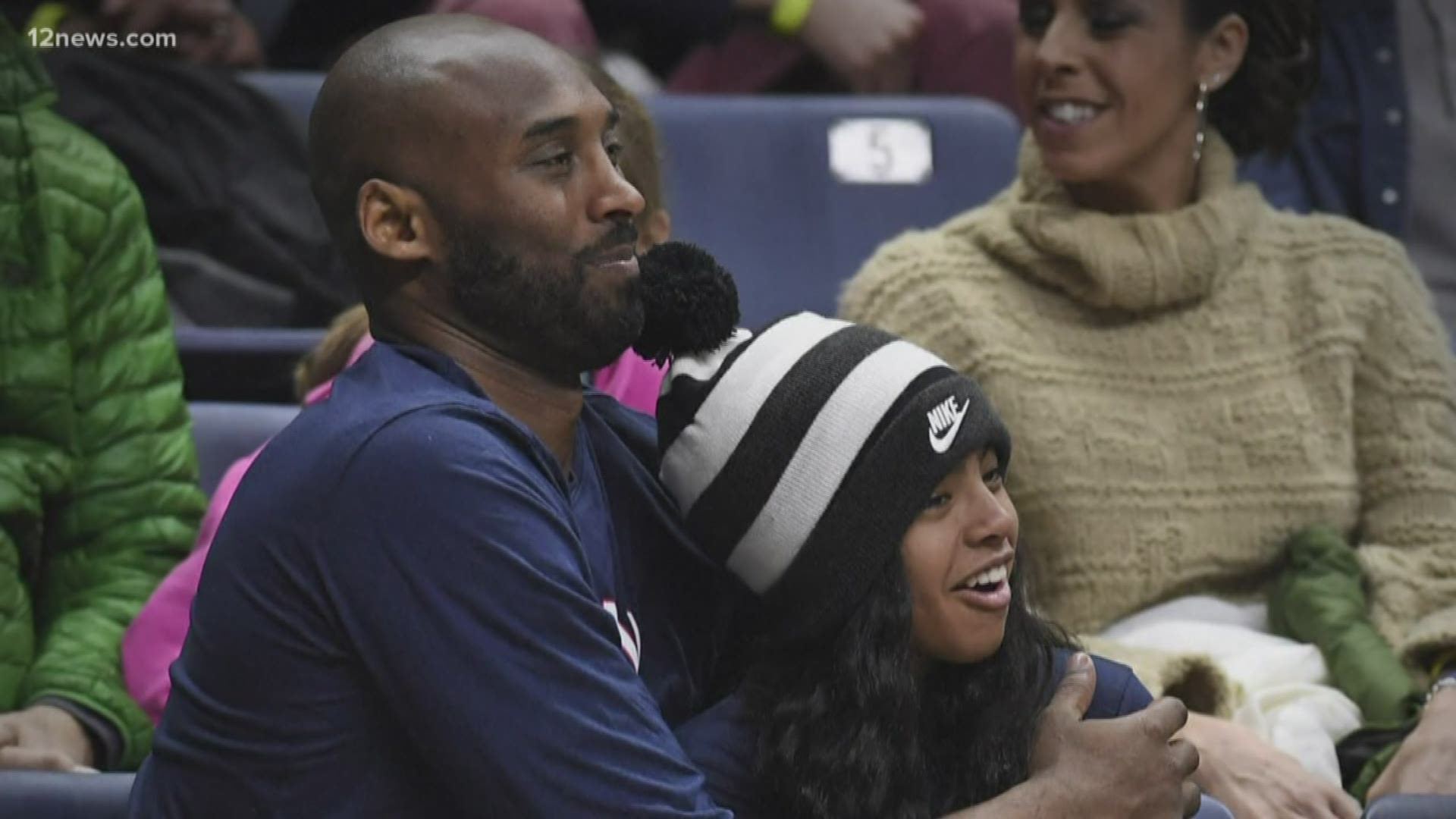 PHOENIX — Kobe Bryant meant a lot to Devin Booker. He meant a lot to many NBA players; especially those that grew up watching Kobe and tried to shape their game based on him.

In Bryant's last game in Phoenix in 2016, the two spent time talking after the game. It was Booker's rookie year. Bryant spoke highly of Booker's play in the league up to that point.

Bryant once signed a pair of "Kobe's" for Booker, writing "Be Legendary." Booker honored Kobe by getting that saying tattooed on his arm. The Phoenix Suns guard posted the images to his Instagram on Tuesday.

Kobe Bryant, his daughter Gianna and seven others died in a helicopter crash in Calabassas, Calif. in January.