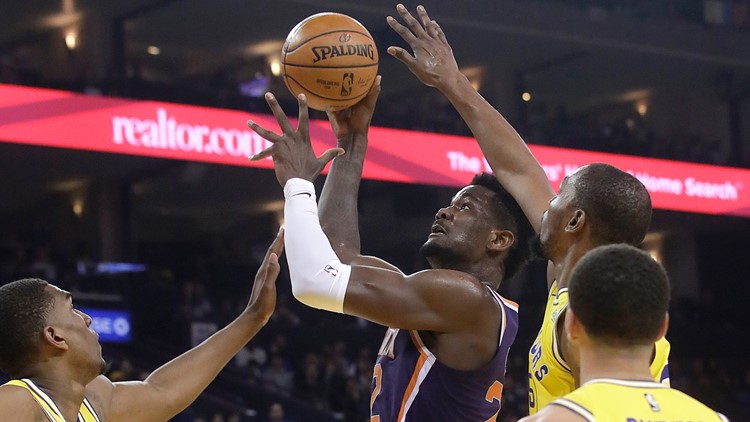 PHOENIX — It’s been an NBA offseason unlike any other. Over $4 billion spent on free agents with a lot of big-name talent moving to different teams throughout the league.

It’s created a buzz and frenzied excitement for fans in a number of NBA markets. Too bad Phoenix is not one of those markets. The Suns did not land a single big name or franchise changing player.

They improved their point guard position with the signing of Ricky Rubio. But Rubio doesn’t push the needle the way D’angelo Russell would have.  I thought the Suns missed out on a golden opportunity to bring in a dynamic young talent like Russell.

Instead, they sat back and watched the Golden State Warriors (the winningest team in the league the last five years) add him to their roster.

The Suns improved their perimeter shooting and added some much-needed help at power forward. But they didn’t improve enough to be a player in the loaded west.

With that said, I give the Suns a (C) grade for their offseason moves and roster overhaul.