Bacon is a 17-month-old Corgi pup from Chandler, who loves the Suns just like the rest of his family. 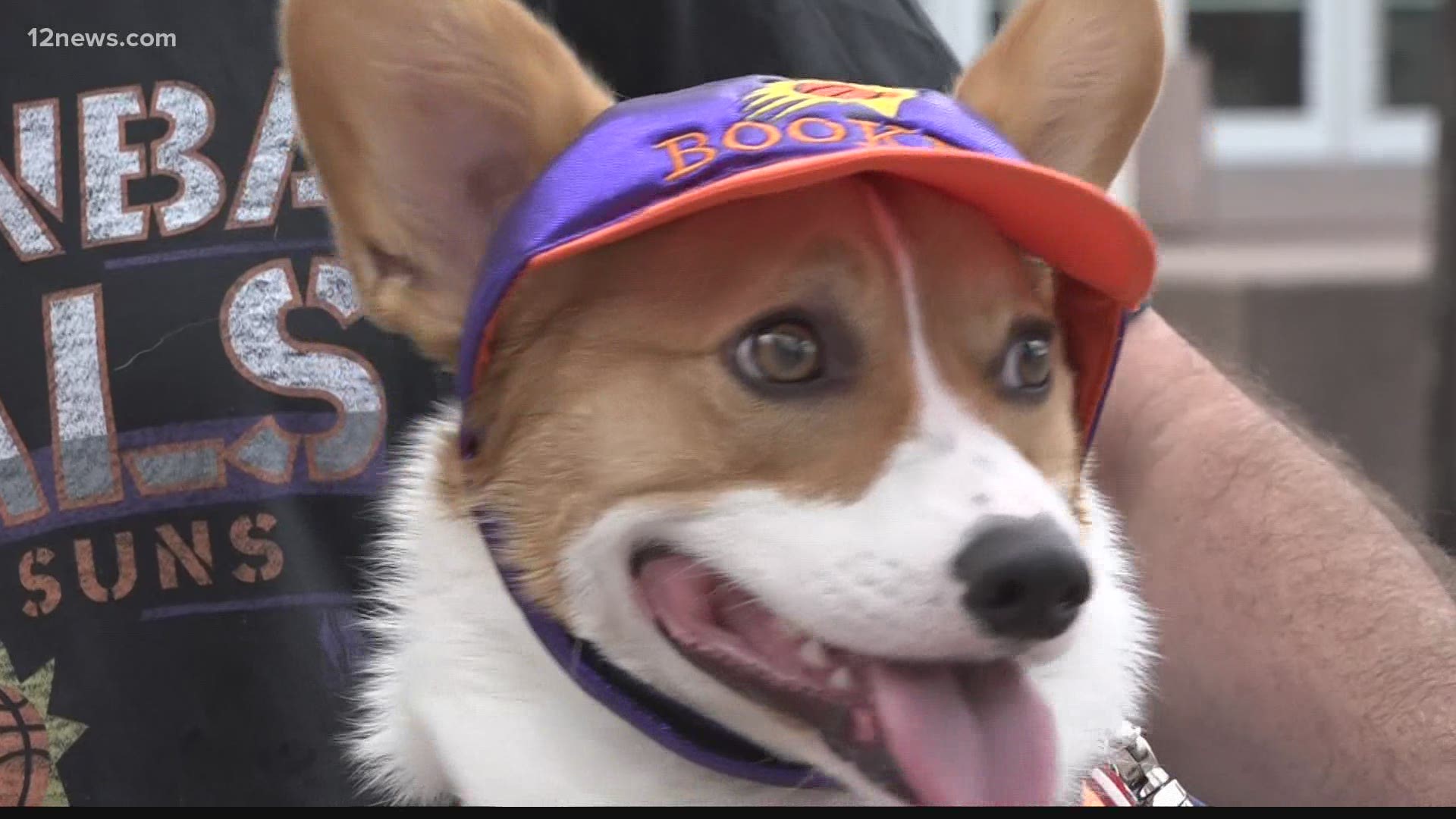 PHOENIX — Suns fans all over the Valley are showing off their purple and orange, as the team fought for a chance at an NBA Finals victory.

Bacon Booker, made the trip to Downtown Phoenix, to rock his purple and orange, with Ginger Sirlin.

“Booker is our favorite player so we made him into 'Bacon Booker,'" Sirlin said.

Bacon Booker is showing his hundreds of thousands of Instagram followers what a dedicated Suns Fan looks like.

And the proof of all of those things is all over his Instagram account. Bacon is a 17-month-old Corgi pup from Chandler, who loves the Suns just like the rest of his family.

“This is his little custom jersey and he’s got his little Bacon Booker bandana and his Bacon Booker hat," Sirlin said. "He literally has two full closets worth of clothes at home."

“He’s done a pretty good job," John Sirlin said. "Nobody will ever replace Colton, but he’s filled in quite nicely and always brings smiles wherever he goes.”

Some of his favorite social posts show him floating in the pool, modeling his fancy wardrobe, chillin’ at the beach, and of course the most timely, scoring for the Suns.

“Everyone loved him jumping through the basketball hoop," he said. "That was a fun one.”

Posts the four-legged Booker plans to keep sharing, as the focus shifts to a hopeful 2022 Suns Finals' victory.