Reports stated that James Harden was at a strip club, but Harden posted on his Instagram that he was at a friend's event. 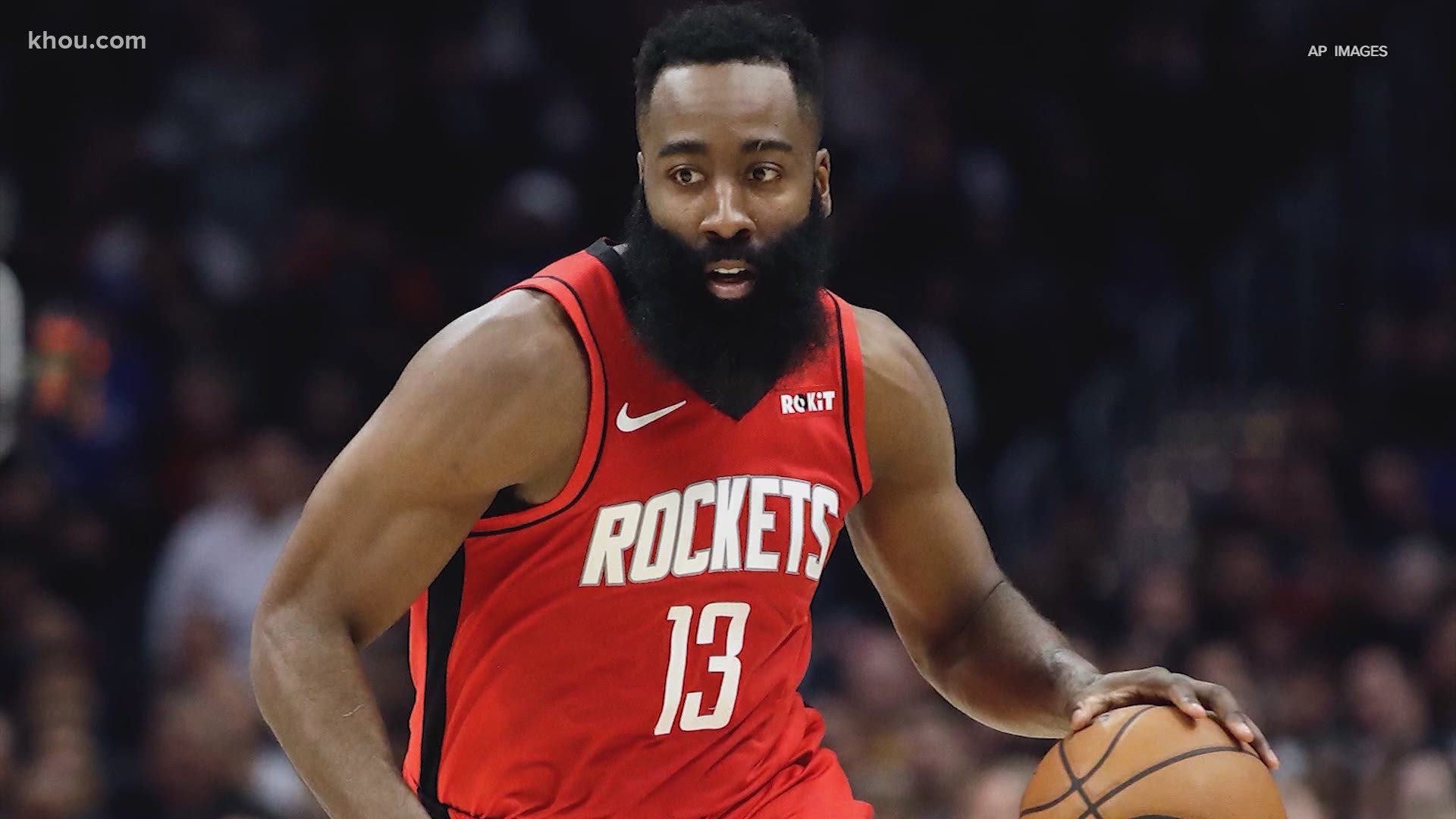 HOUSTON — The Houston Rockets may be without their star player for their season opener game Wednesday due to a COVID-19 violation.

*EDITORIAL NOTE: The above video is from November when James Harden reportedly asked to be traded from the Rockets.*

According to ESPN, the Rockets are reviewing Instagram video of James Harden spotted at a crowded venue in Houston with no one wearing masks.

Earlier reports stated Harden was at a strip club.

Source: Rockets are working with NBA office to review video of James Harden at a strip club. If the video circulating on social media is verified to be recent, it is a violation of league's COVID protocols, which would put Harden's availability for tonight's opener in jeopardy.

Harden has since responded saying he was not at a strip club, but a friend's event.

"I went to show love to my homegirl at her event (not a strip club) because she is becoming a boss and putting her people in position of success and now it's a problem," Harden wrote.

James Harden responds on Instagram to reports that he violated the league's COVID protocols. pic.twitter.com/43malhnREx

The NBA prohibits players from going to bars, lounges or clubs, from attending live entertainment or sports events, from using gyms, spas or pools, or from participating in social gatherings with more than 15 people while in their home market.

If it is determined that the video circulating around social media is recent, this puts the All-Star shooting guard's eligibility in question for Wednesday's night game against Oklahoma City Thunder.

"Players violating the safety guidelines may face a loss of pay proportionate to any lost availability due to quarantines or reinstatement steps. Other penalties may include formal warnings, fines, suspensions or educational sessions," the NBA has posted on its website.

As of now, Harden is listed on the team's injury report list as "Not Injury Related." His injury status is listed as "Game Time Decision."

The isn't the only thing the team is dealing with hours before tip-off.

CBSSports.com is reporting several Houston players were reportedly sent home due to a positive test from a teammate.

KJ Martin is expected to be out until at least Jan. 4.

A few days ago, the Rockets' Ben McLemore tested positive for COVID-19, and that he's been isolating at home, per Wojnarowski.  He is expected to be out until at least Dec. 26, according to the Rockets' injury report.