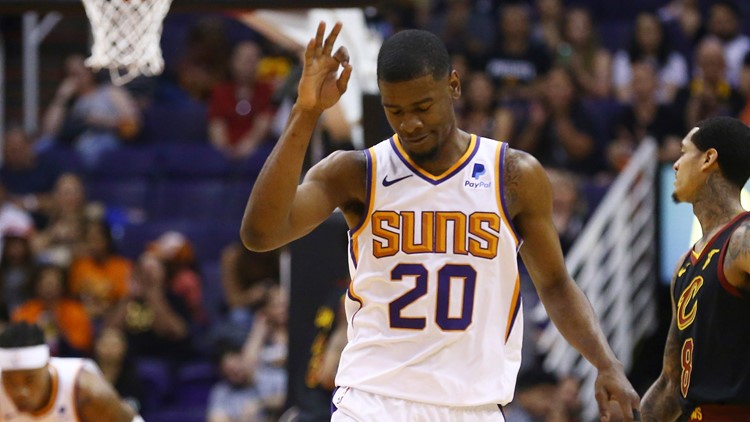 Photo by: AP
Phoenix Suns forward Josh Jackson celebrates his 3-pointer against the Cleveland Cavaliers during the first half of an NBA basketball game Monday, April 1, 2019, in Phoenix. (AP Photo/Ross D. Franklin)

In exchange, the Suns are getting veteran shooting guard Kyle Korver and point guard Jevon Carter.

According to Wojnarowski, the Suns are planning to buyout Korver’s partially guaranteed contract, which is about $3.4 million, and let him go.

By getting rid of Jackson and Melton, the Suns now have the space to sign Ricky Rubio to his 3-year, $51 million deal the two parties agreed to over the weekend.

Jackson is now the fourth top 10 draft pick for the Suns since 2013 that is no longer on the roster (Alex Len, Dragan Bender, Marquese Chriss).