The Suns unloaded the $35 million left on Warren's deal. 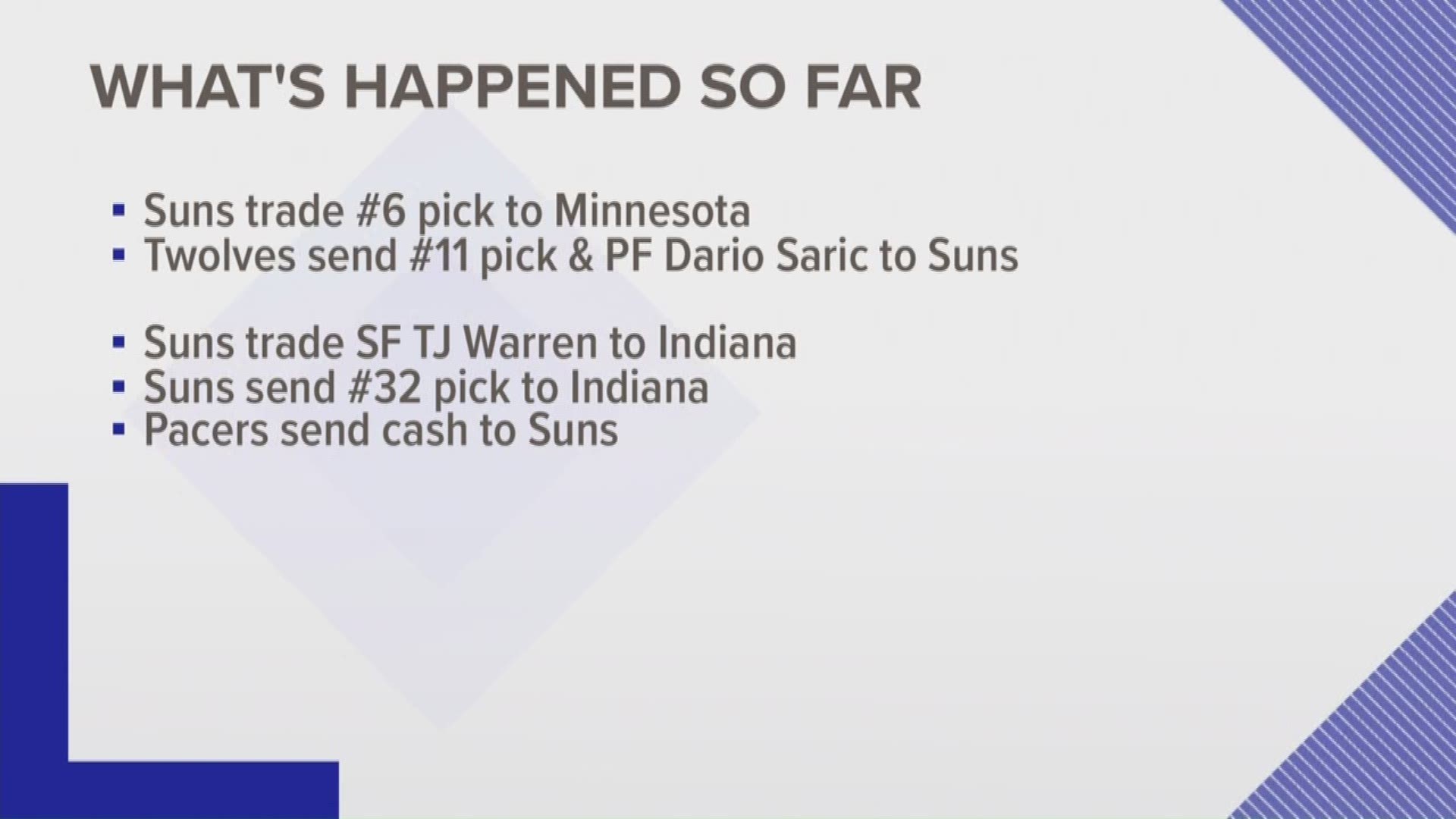 PHOENIX - The Phoenix Suns have unloaded the contract of forward T.J. Warren, trading him away to the Indiana Pacers along with the 32nd overall pick in Thursday's NBA Draft, according to ESPN's Adrian Wojnarowski and other reports.

Warren's deal had three years and $35 million left on it. By dumping his contract, the Suns have created cap space to potentially go after a free agent, likely a veteran point guard, which is at the top of the team's list.

In exchange, the Pacers are sending the Suns cash.

Now, barring another draft day trade, the Suns will only have one pick in the 2019 NBA Draft on Thursday, the No. 6 overall pick.

The Suns drafted Warren out of North Carolina State in 2014, 14th overall. Warren averaged 19.6 points per game in 65 games as a starter in the 2017-18 season. He played just 43 games last season due to injury and averaged 18 points per game.