His replacement will be the team's fifth head coach in five seasons. 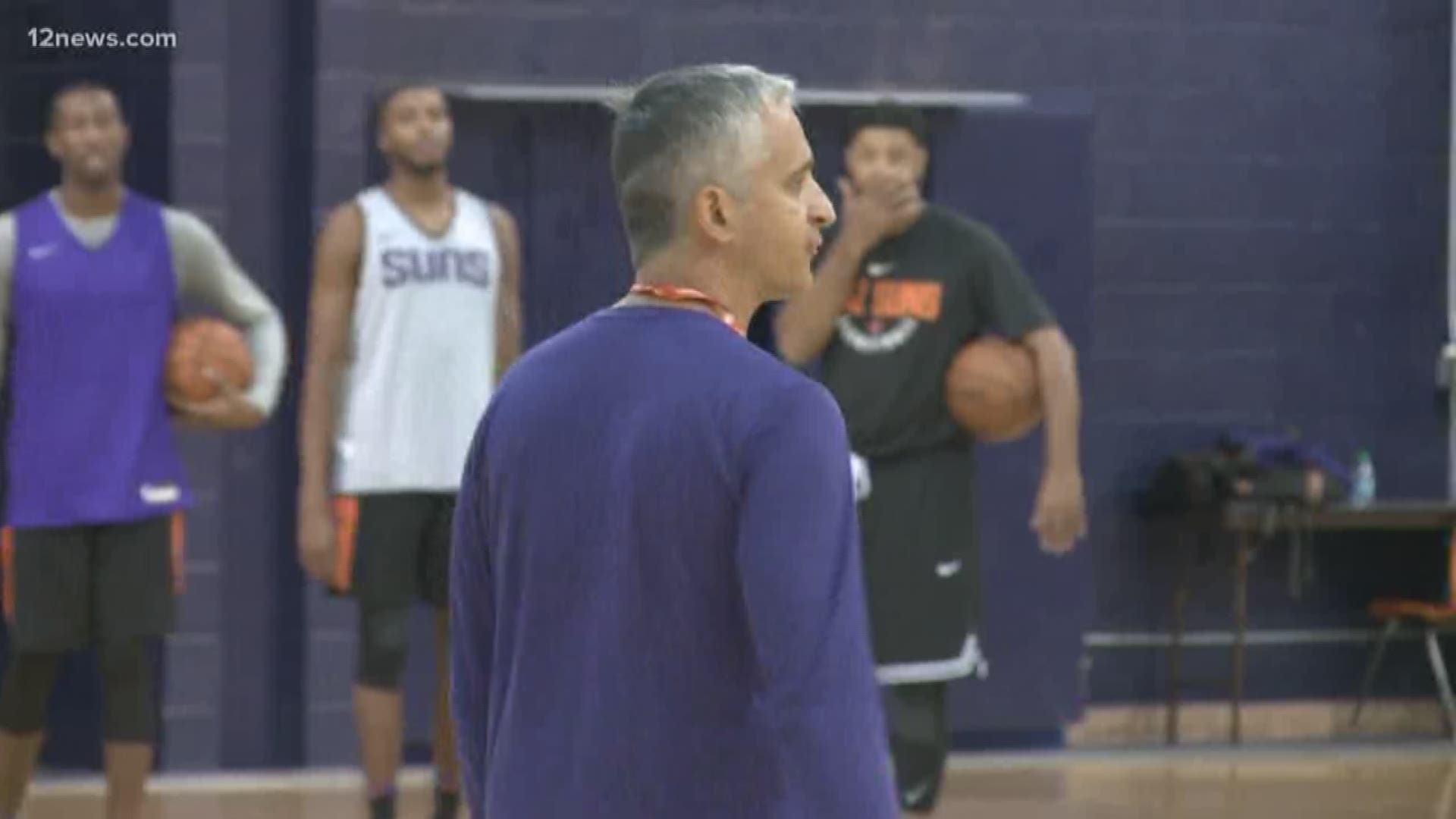 PHOENIX — PHOENIX (AP) — One season was not enough for Igor Kokoskov to convince the Phoenix Suns that he was the man to lead the franchise into the future.

The Suns fired Kokoskov Monday night, ending the tenure of the NBA's first European-born coach after one disappointing season.

"After extensive evaluation, I determined it is best to move in a different direction with our head coaching position," Suns GM James Jones said in a statement. "I want to thank Igor for his work this past season and wish him the best with his future endeavors."

Kokoskov arrived in the desert with hopes of rebuilding a franchise coming off its second-worst record at 21-61. He was hired to replace Jay Triano, named interim coach after Earl Watson was fired last season.

The Suns entered the 2018-19 season with one of the NBA's most dynamic scorers in Devin Booker and added the No. 1 overall pick of the 2018 draft, big man Deandre Ayton.

Instead of a revitalizing season, the Suns continued to mire in mediocrity, missing the playoffs for the ninth straight season.

Phoenix had a franchise-worst 17-game losing streak in 2018-19 and became the first team in the shot-clock era (1954-55) to be held under 10 points in the first quarter of consecutive games.

The Suns finished 19-63 in Kokoskov's only season in the desert, worst in the Western Conference.

Jones became the full-time GM after the Suns removed the interim tag earlier this month and his first big move was to fire Kokoskov, an assistant with the franchise from 2008-13.

Now, Phoenix is in limbo again, searching for its fifth coach in five seasons.

The Serbian Kokoskov spent 18 seasons as an NBA assistant before becoming a head coach, including stints with Utah, Orlando Cleveland, Detroit and the Los Angeles Clippers. He also was the head coach of the Georgia national team from 2008-15 and led Slovenia to its first EuroBasket title in 2017.