The NBA made the announcement, saying it was postponed "in accordance with the league’s Health and Safety Protocols." 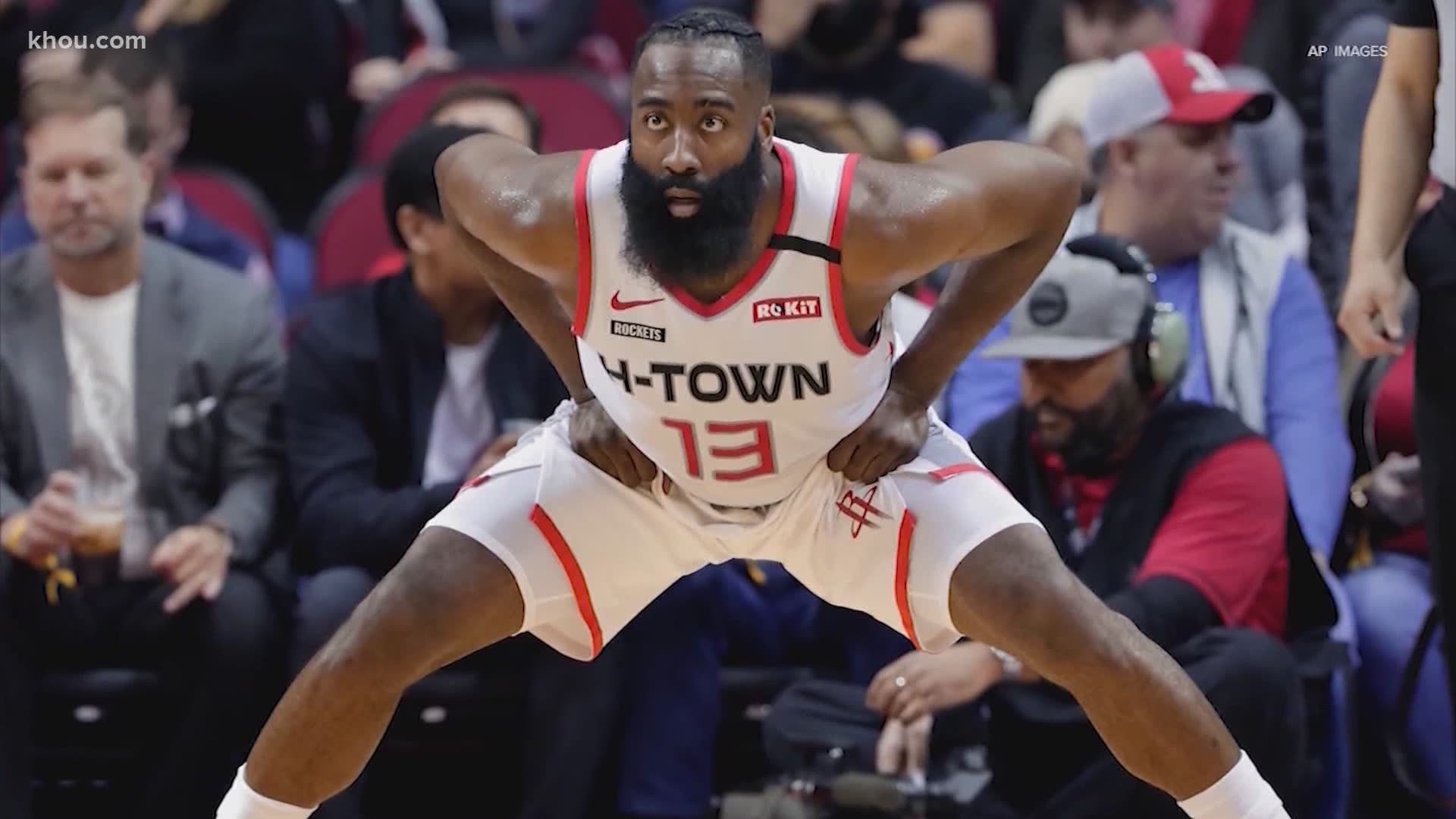 HOUSTON — Houston's season opener against the Oklahoma City Thunder on Wednesday night has been postponed after coronavirus cases and James Harden's violation of the NBA's COVID-19 protocols left the Rockets without the league-mandated eight players available.

The NBA announced the postponement in a release that said three Rockets players had returned tests that were either positive or inconclusive and that four other players were quarantined because of contract tracing.

The release also said that Harden was unavailable for the game because of a violation of health and safety protocols after video of the disgruntled star surfaced on social media where he was without a mask at a crowded party in a private event space Tuesday night. Rumors have swirled for months that Harden wants to be traded, but the superstar has refused to address the situation.

The league later announced that Harden had been fined $50,000 for violating the health and safety protocols.

A ninth player was unavailable for the game because of an injury, leaving the Rockets without enough players to play Wednesday night.

Tonight's game between the Oklahoma City Thunder and the Houston Rockets at Toyota Center has been postponed in accordance with the league’s Health and Safety Protocols. pic.twitter.com/Qn0hXlxCZr

Houston's injury report released Wednesday morning that Ben McLemore and rookie KJ Martin were not with the team and were self-isolating and that DeMarcus Cousins was questionable because of a sprained right ankle.

The NBA prohibits players from going to bars, lounges or clubs, from attending live entertainment or sports events, from using gyms, spas or pools, or from participating in social gatherings with more than 15 people while in their home market.

An Instagram video of Harden at a crowded venue in Houston with no one wearing masks created headlines Wednesday. Reports stated Harden was at a strip club but Harden since responded saying he was not at a strip club, but a friend's event.

"I went to show love to my homegirl at her event (not a strip club) because she is becoming a boss and putting her people in position of success and now it's a problem," Harden wrote.

James Harden responds on Instagram to reports that he violated the league's COVID protocols. pic.twitter.com/43malhnREx

The Rockets issued this statement after the postponement:

"Tonight’s scheduled Houston Rockets season opener at Toyota Center vs. the Oklahoma City Thunder has been postponed in accordance with the NBA’s Health and Safety Protocols. Information regarding the rescheduled date of the game will be made available at a later time. Ticket holders for tonight’s game will be contacted directly regarding their options."