Nationals advance to the World Series for the first time

The Nats defeated the Cardinals 7-4 Tuesday night, meaning a World Series is coming to DC. 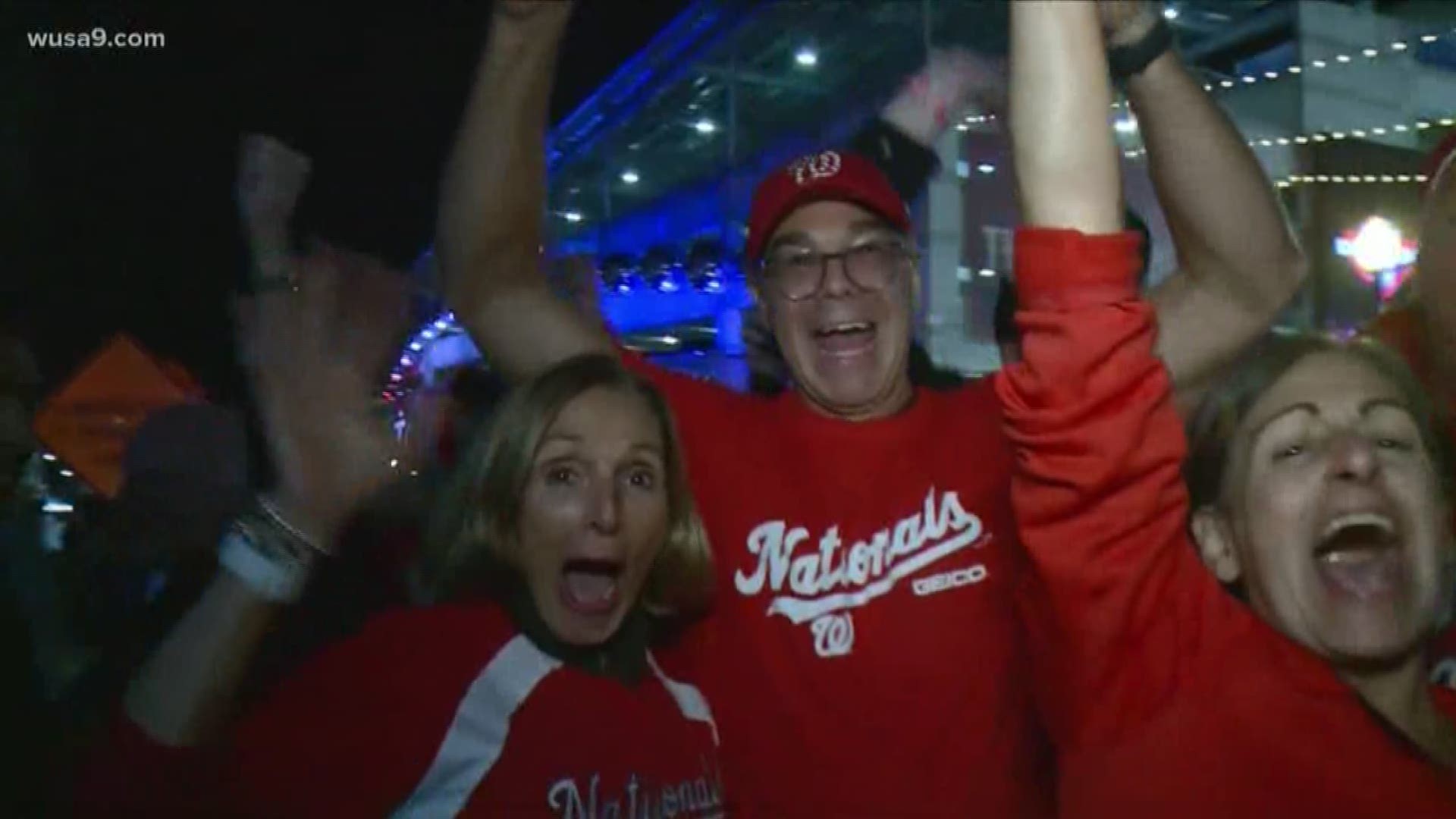 WASHINGTON — The Washington Nationals defeated the St. Louis Cardinals Tuesday 7-4 in a high-scoring, historic Game 4 of the NLCS. For the first-time since the franchise was founded in 1968, the Nats will advance to the World Series.

It’s been 86 years since the last time Washington hosted a World Series game. In 1933, the Washington Senators lost to the New York Giants in five games.

If the Nationals win the World Series, they would be the first team from D.C. to win since 1924, when the Senators defeated the New York Giants.

Mystics Forward Elena Della Donne threw out the ceremonial first pitch, before Patrick Corbin took the mound and went five innings with 12 strikeouts. He tied Jim Palmer's 1970 record for most strikeouts by a pitcher in a potential clinching game.

Despite scoring seven runs in the first inning, the Nats kept fans on the edge of their seats, allowing the Cardinals to score a run in the fourth inning, followed by three runs in the fifth to narrow their lead 7-4. Ultimately, they held strong, proving they always stay in the fight.

"These players and coaches battled all the way back to defy the odds, playing electrifying baseball, supporting each other, and dancing their hearts out," Mayor Muriel Bowser said in a press release. "This is a team that plays with a complete toughness and never gives up the fight. They have lifted up our entire city and region."

The Nationals 93 wins are the most for a team that was 12 games under .500 at any point during the season since the 1914 Boston Braves. The “Miracle Braves” would go on to win the World Series that year.

What was going on the last time a Washington baseball team made the World Series?

1 / 17
Kyley Schultz
The Nats lead the NLCS series against the Cardinals, 3-0, putting them one win away from the World Series.

RELATED: Why do Nats fans sing 'Baby Shark' during the games?