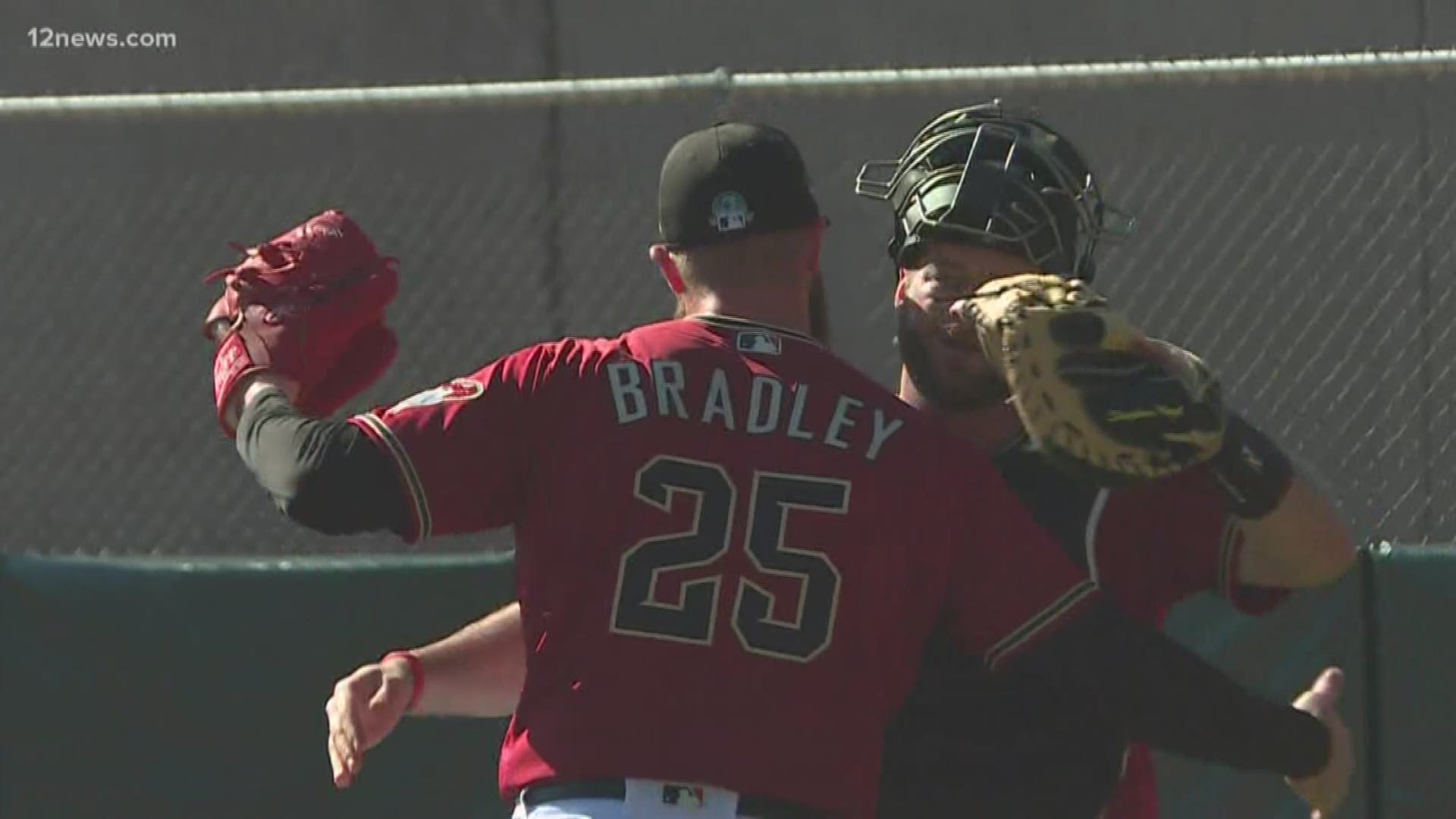 SCOTTSDALE, Ariz. — "We all want to go win a World Series and that starts right now."

Starting with pitcher Archie Bradley, the attitude at Salt River Fields was upbeat and positive as Arizona Diamondbacks pitchers and catchers reported for the first day of Spring Training workouts. Many position players were at the complex Wednesday as well.

All eyes were on new D-backs ace Madison Bumgarner, signed by Arizona after he spent his entire career to-date with divisional opponent San Francisco.

"This seems like a really good group, an extraordinary group so I'm excited to be a part of it," Bumgarner said Wednesday.

"To watch him walk around in our uniform with our hat and our brand and our logo was pretty special," D-backs manager Torey Lovullo said about Bumgarner.

2019 All-Star Ketel Marte was at Salt River Fields Wednesday. With the addition of centerfielder Starling Marte, Ketel Marte is likely moving to second base on a permanent basis.

While the D-backs have upgraded their roster in the offseason, filling critical voids, GM Mike Hazen wasn't ready to celebrate anything.

"Proud is when you win something and you look back on it and you say to yourself, 'man, we put something together that won,'" Hazen said Wednesday.

Archie Bradley was his upbeat self entering the facility Wednesday, saying "World Series or Bust."

"There's a group of guys that have been here for a while and we're ready to start making good on what we want to do," Bradley told reporters. "We want to put a team on the field that people can be proud of and that people can expect to play in October."

Lastly, starting pitcher Mike Leake was not at the facility Wednesday due to injury. He is suffering from left wrist soreness after a fall at home recently. The D-backs say they aren't yet sure when he will return.

MORE: D-backs unveil a new look for their uniforms in 2020