Rain in the Valley cancels and delays Spring Training games

The rain canceled all but two of the Cactus League's games Saturday, including the Diamondbacks Spring Training home opener against the Rockies. 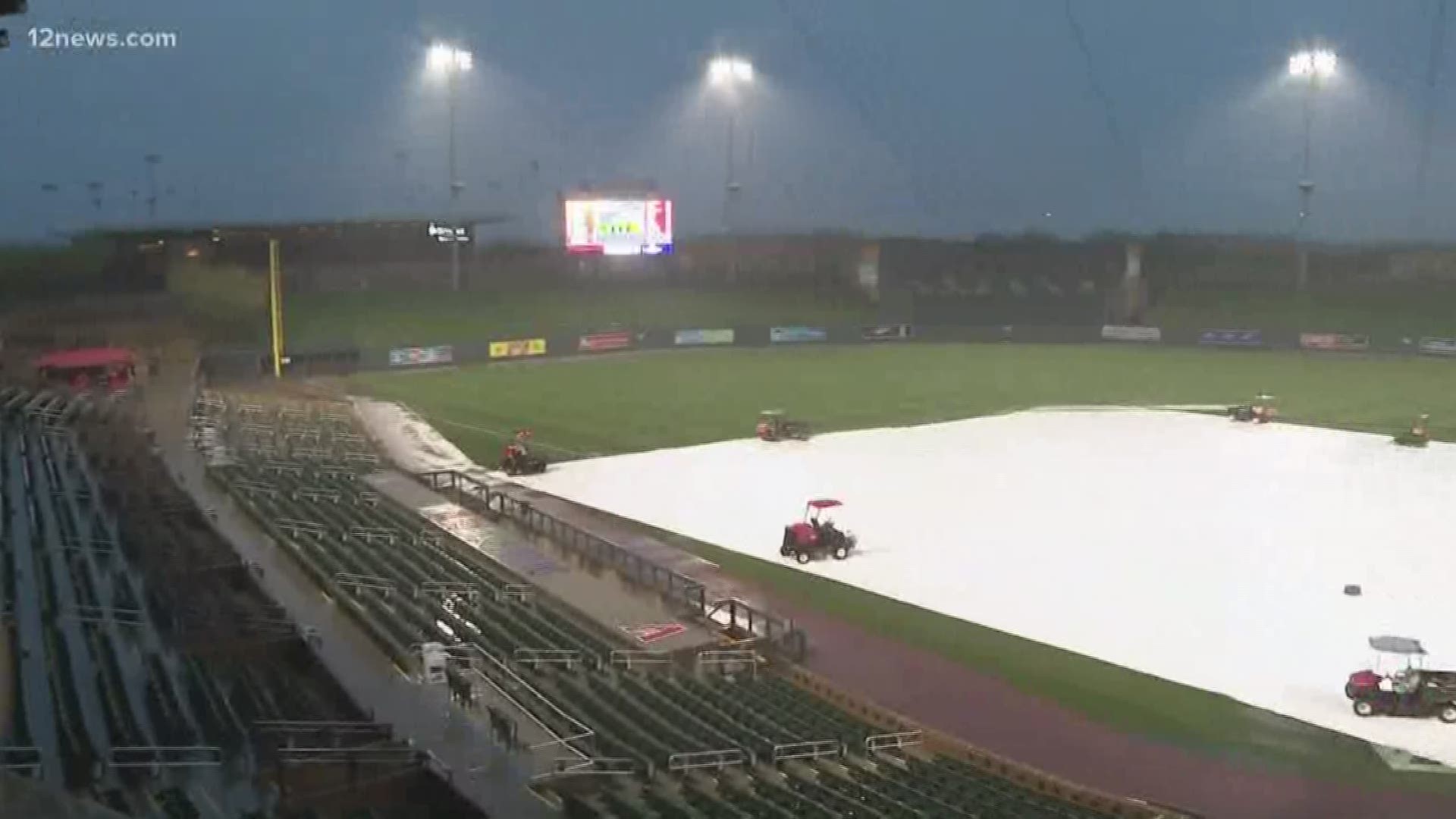 PHOENIX — While the rain is good to see in the desert, it was the last thing baseball fans wanted to see Saturday.

The rain canceled all but two of the Cactus League's games Saturday, including the Diamondbacks Spring Training home opener against the Rockies.

"We were checking updates the whole day the whole morning to see what was going," Kenneth Gerbacio said.

Gerbacio was among those trying to take in America's favorite pastime.

"Hoping to get at least to Peoria and maybe they would push that back to you but this one was the only one open," Gerbacio said.

The threatening clouds and rain from east to west, it nearly ruined Dan and Lucas Persyn's father and son trip.

"I've been telling him we're coming to visit ASU to see the campus and it never rains in Arizona and let's go catch a spring training game, and there were just, you know, five-foot puddles," Dan Persyn said.

Scottsdale Stadium and Sloan Park were able to host fans thanks to rain delays.

"We live in Kentucky, so we were out here for a couple of days, bought tickets a while ago we brought like 20 people with us," Corey Baker said. "So, a little worried that they were going to cancel it but really grateful they pushed it back."

See the rain check policy on your ticket or on the stadium website if your game was canceled.