Nevada city tried to lure the D-backs from Arizona, but team says they want to stay

A report by the Las Vegas Review-Journal said talks between Henderson and the D-backs began months after the team reached an agreement with Maricopa County. 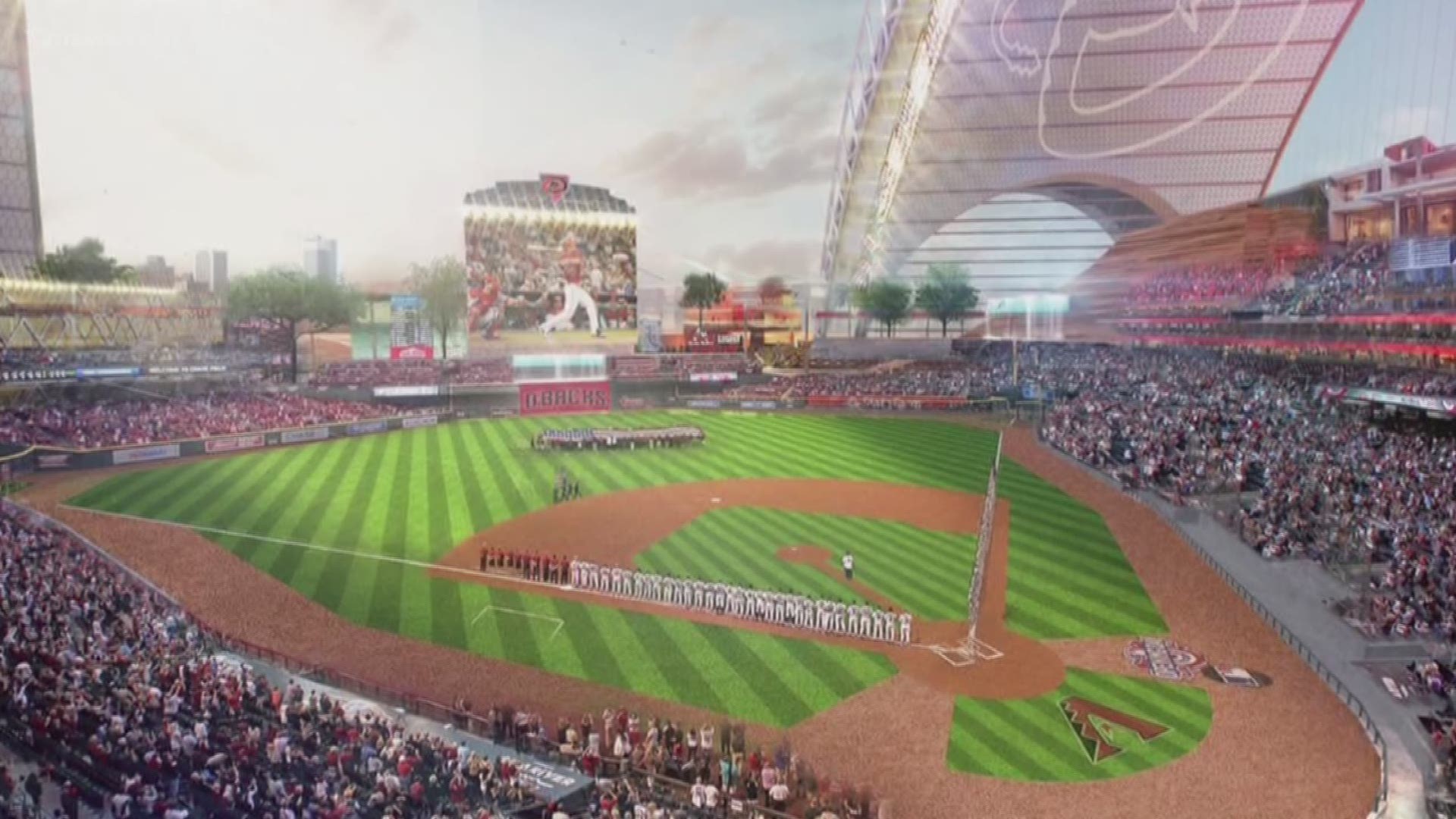 Editor's Note: The above video is from May when images of a possible new stadium for the Arizona Diamondbacks were released online.

Officials with the City of Henderson "quietly" began an attempt to pull the Arizona Diamondbacks away from Phoenix and into Nevada last year, according to a report in the Las Vegas Review-Journal.

According to records obtained by the Review-Journal, the two sides were in talks "as late as February."

The D-backs, however, can't make a move like this without the permission of Major League Baseball, which they don't have and don't appear to want.

In a statement provided to 12 News, the D-backs said they're not looking to move.

"A number of cities have expressed interest but we have not pursued any because we have not received permission from MLB and our desire is, first and foremost, to stay in Arizona.”

According to the Review-Journal, renderings of the Nevada ballpark showed a retractable roof with one of the proposed sites for the stadium being behind the Raiders' future Nevada headquarters.

The Review-Journal reports that a consultant hired by the city estimated the construction cost of the proposed stadium with "32,000 seats and space for 4,000 standing-room-only ticket holders," would be $1 billion.

According to the Review-Journal, talks between the city and team began months after the D-backs agreed to dismiss a lawsuit that they had filed against Maricopa County regarding repairs and upgrades to Chase Field.

Under the 2018 agreement, the D-backs would play at Chase Field for at least five more seasons, unless another stadium in Maricopa County is ready to play in during that time. The team can explore other options for building a stadium after that time but will face penalties if they leave Maricopa County before 2027.

Back in May, photos surfaced online which appeared to depict a possible new stadium for the team.