In the third inning, Jarrod Dyson hit a single, Ketel Marte hit a double, Eduardo Escobar hit a triple and Christian Walker homered to get the natural cycle. 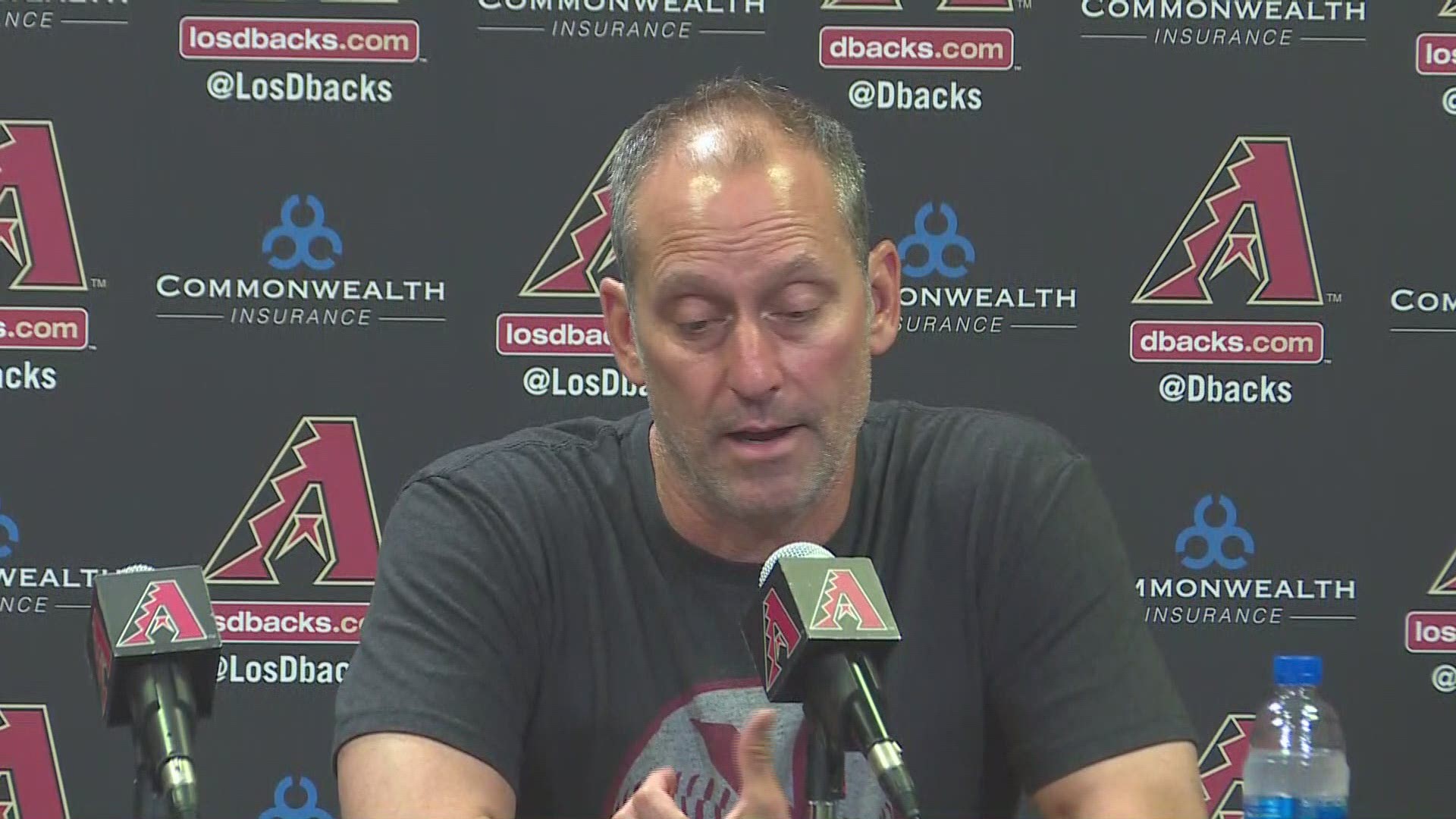 PHOENIX (AP) — The Arizona Diamondbacks fell into an early hole against a team ahead of them in the NL wild-card standings.

Once they cycled through the third inning, the hits kept coming.

Christian Walker hit a two-run homer to cap the first natural cycle by consecutive batters in Arizona's history, lifting the Diamondbacks to a 10-7 victory over the Milwaukee Brewers on Friday night.

RELATED: D-backs manager Torey Lovullo: I know what this team can do

"I was really pleased with the way we swung the bats tonight," Diamondbacks manager Torey Lovullo said. "We fell behind early and kept plowing away. We had the six-run inning and kept tacking on."

The Diamondbacks broke open the second game with six runs in the third inning against Jhoulys Chacin (3-10), punctuated by hitting a single, double, triple and home run in four straight at-bats.

Arizona's Eduardo Escobar homered and had a run-scoring triple, and All-Star Ketel Marte had two RBIs for a career-high 60.

Archie Bradley (3-4) allowed a hit in 1 1/3 innings and Greg Holland worked a perfect ninth for his 16th save.

Arizona moved within a game of the final NL wild card spot with its seventh win in 10 games.

RELATED: Eat it or Leave it? D-backs 'Discovery Dog'

"We're feeling good, we're playing well," Marte said. "We feel like we have what it takes to make the playoffs."

Christian Yelich hit a two-run homer , his majors-leading 35th, and Lorenzo Cain hit a solo shot for the Brewers. Milwaukee led 3-1 early and scored three runs in the seventh inning to pull within 10-7, but couldn't make up the deficit after the third.

"Offensively we did a nice job, put pressure on them," Brewers manager Craig Counsell said. "It just wasn't enough."

Chacin was sharp his last start in a no-decision against San Francisco, allowing an earned run on four hits in five innings.

He was not so sharp against the Diamondbacks.

Nick Ahmed hit a sacrifice fly in the second inning before Arizona went up 7-3 in the third.

Chacin gave up seven runs — six earned — on seven hits in 2 1/3 innings to remain winless in 11 straight starts since April 30.

"I haven't done anything to keep me in the rotation," Chacin said.

Arizona's Taylor Clarke (back) was reinstated from the 10-day injured list to start against the Brewers.

The right-hander was hit hard early.

Hiura lined a two-run single in the second inning and Cain led off the third with his seventh homer to put Milwaukee up 3-1.

"Just a few of those counts of falling behind and not really making a quality pitch," he said.

Marte was ejected in the seventh inning — after swinging through a pitch on a strikeout.

Marte questioned a previous strike call by plate umpire Sam Holbrook, then slammed his bat and helmet to the ground after missing Burch Smith's third strike. Holbrook sent Marte off right after his helmet hit the dirt.