D-backs to welcome fans for first time in home opener vs. Reds

For the first time in a long, long time, the Arizona Diamondbacks will host fans for a regular season game at Chase Field. 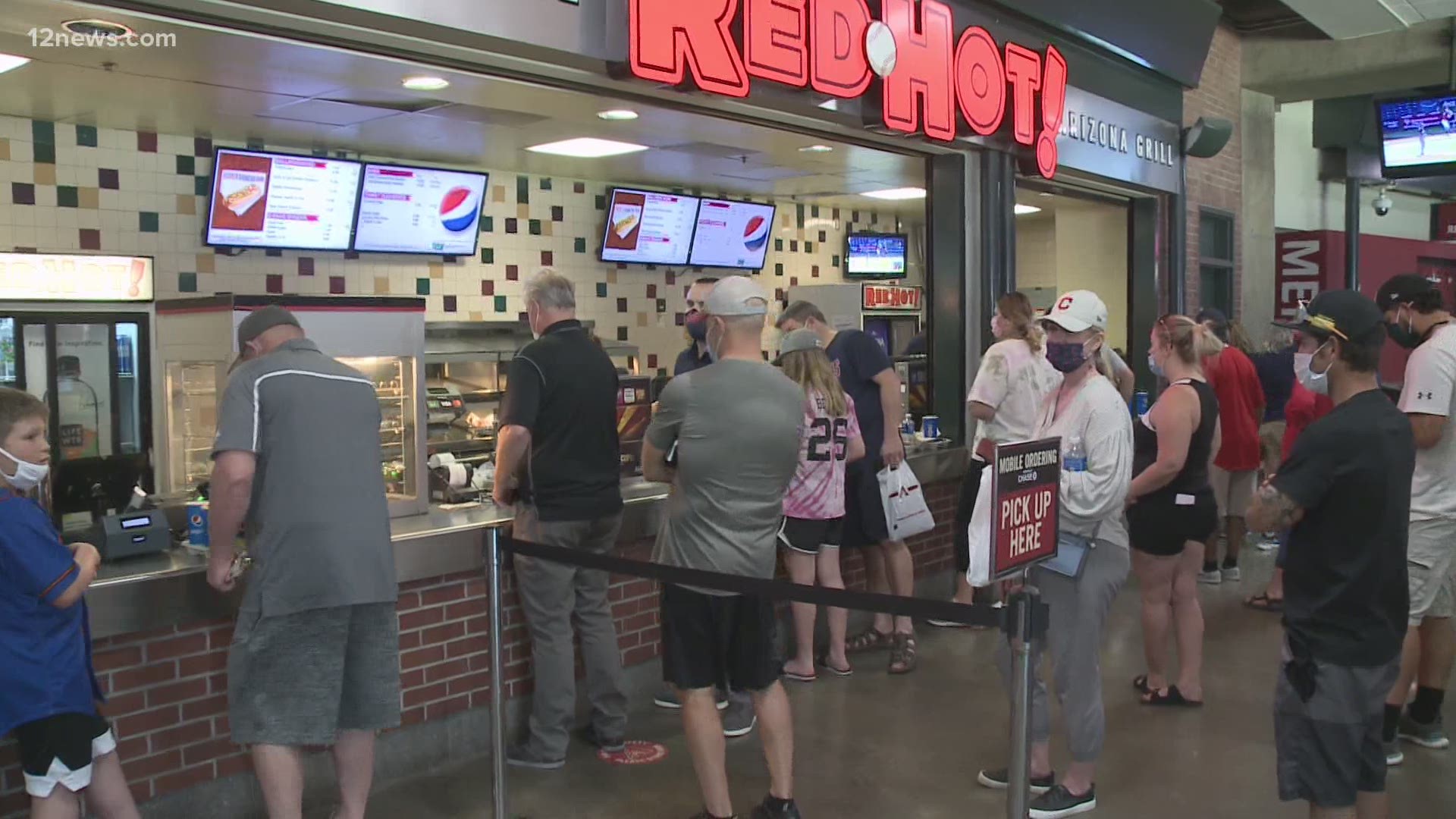 PHOENIX — For the first time in a long, long time, the Arizona Diamondbacks will host fans for a regular season game at Chase Field.

The D-backs will take on the Cincinnati Reds in their home opener with first pitch scheduled for 6:40 p.m.

About 20,000 fans are expected after the D-backs expanded capacity limits just ahead of the start of the 2021 season.

Arizona Department of Health Services Director Cara Christ is set to throw out the ceremonial first pitch and a tribute is also planned for front line workers during the pandemic in Arizona.

While the @Dbacks will welcome back 20K fans, one person who won’t be here is our favorite Lemonade guy. Derrick Moore still recovering in the hospital, but he’s smiling because it’s #OpeningDay!! Back in February, the valley helped raise 130K+ to help play his medical bills. pic.twitter.com/wSGemAXvSw

The Diamondbacks come into the game 2-5 after road games in San Diego and Colorado to start the year.

It's been an unfortunate start to the season as the team has been dealing with injuries. Ace pitcher Zac Gallen has been injured, two-time Gold Glove shortstop Nick Ahmed was put on the injured list just two days before the season, among other injuries to relievers Tyler Clippard, Joakim Soria, Chris Devenski and outfielder Kole Calhoun.

Star center fielder Ketel Marte, who has had a fantastic start to the year at the plate, pulled up in pain while grabbing his hamstring during Wednesday's loss to the Rockies. Marte was put on the 10-day injured list and will likely will get an MRI when the team returns home. The 27-year-old was hitting .462 with two home runs in the first six games.

“The hits keep coming," Lovullo said after an 8-0 loss to the Rockies on Wednesday. “We budgeted for this. We’ve talked about these things. Good baseball teams have the depth to have the group that can fill in and hold down the fort and also allow some guys to emerge. It’s about adaptability. It’s about being mentally tough and being prepared.”

On the positive side for the D-backs, Calhoun, Gallen, Ahmed and Soria are all expected to return within weeks and maybe even days.

The Cincinnati Reds come into town with one of the hottest offenses in baseball to start the year and a 5-1 record. Arizona will look to snap Cincinnati's five-game win streak on Friday.