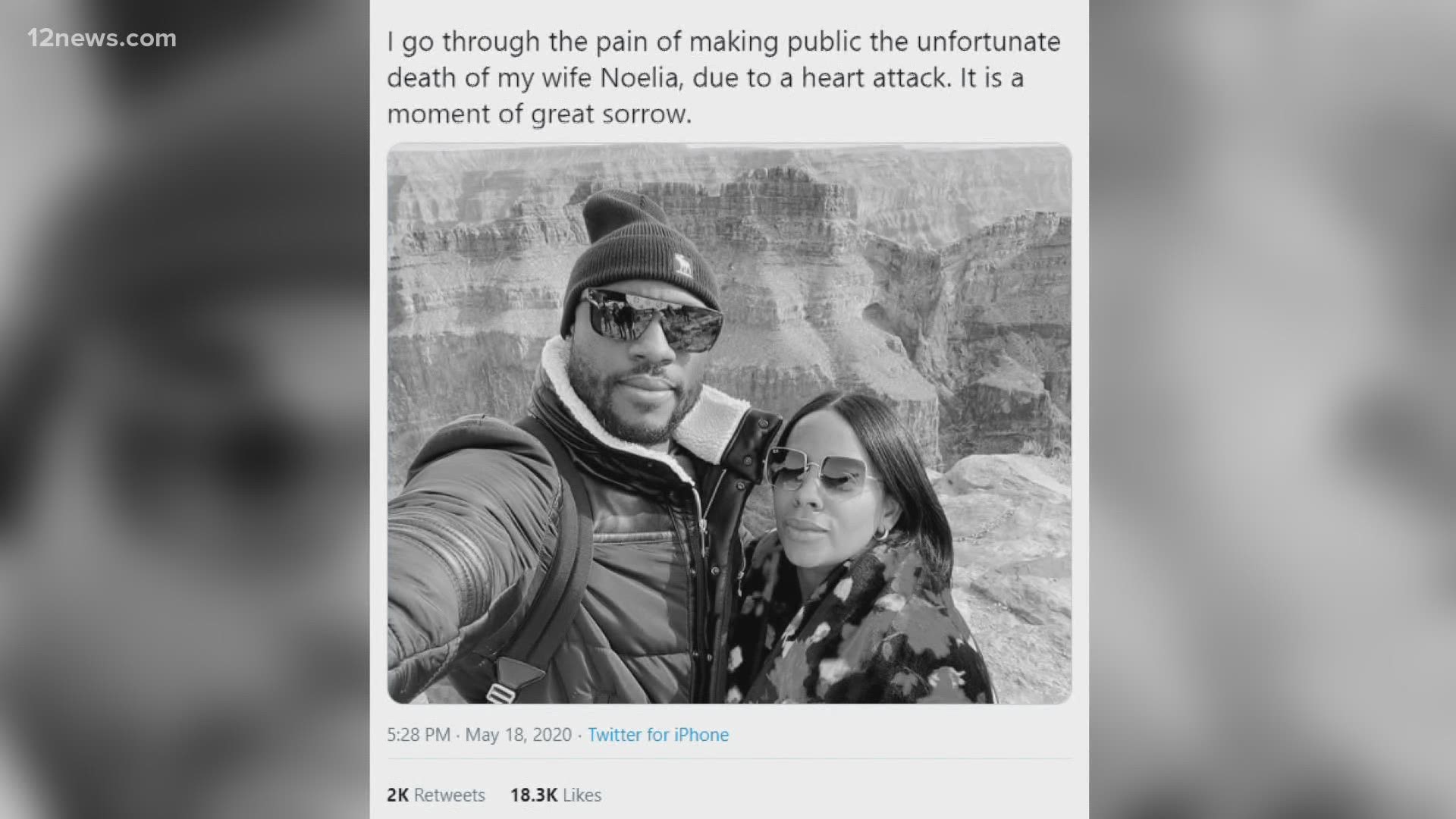 “Today I go through the great pain of making public the unfortunate death of my wife Noelia, due to a heart attack,” Marte wrote on Instagram. “It is a moment of indescribable pain. On behalf of my family, I am grateful for the expressions of esteem and solidarity in this difficult time.”

Marte’s post also included a picture of them at the Grand Canyon.

MLB Network’s Jon Heyman reports Marte’s wife broke her ankle and was in the hospital awaiting surgery when she passed away.

Starling and Noelia Marte have two kids, Starling Jr. (born in September 2013) and Tiana (born in May 2016). The 31-year-old was traded to the D-backs this offseason after spending the first 8 seasons of his career with the Pittsburgh Pirates.

RELATED: Blind Gilbert teen with dream to play National Anthem at D-backs game to play it on Opening Day