The outfielder is a big fan of pies. 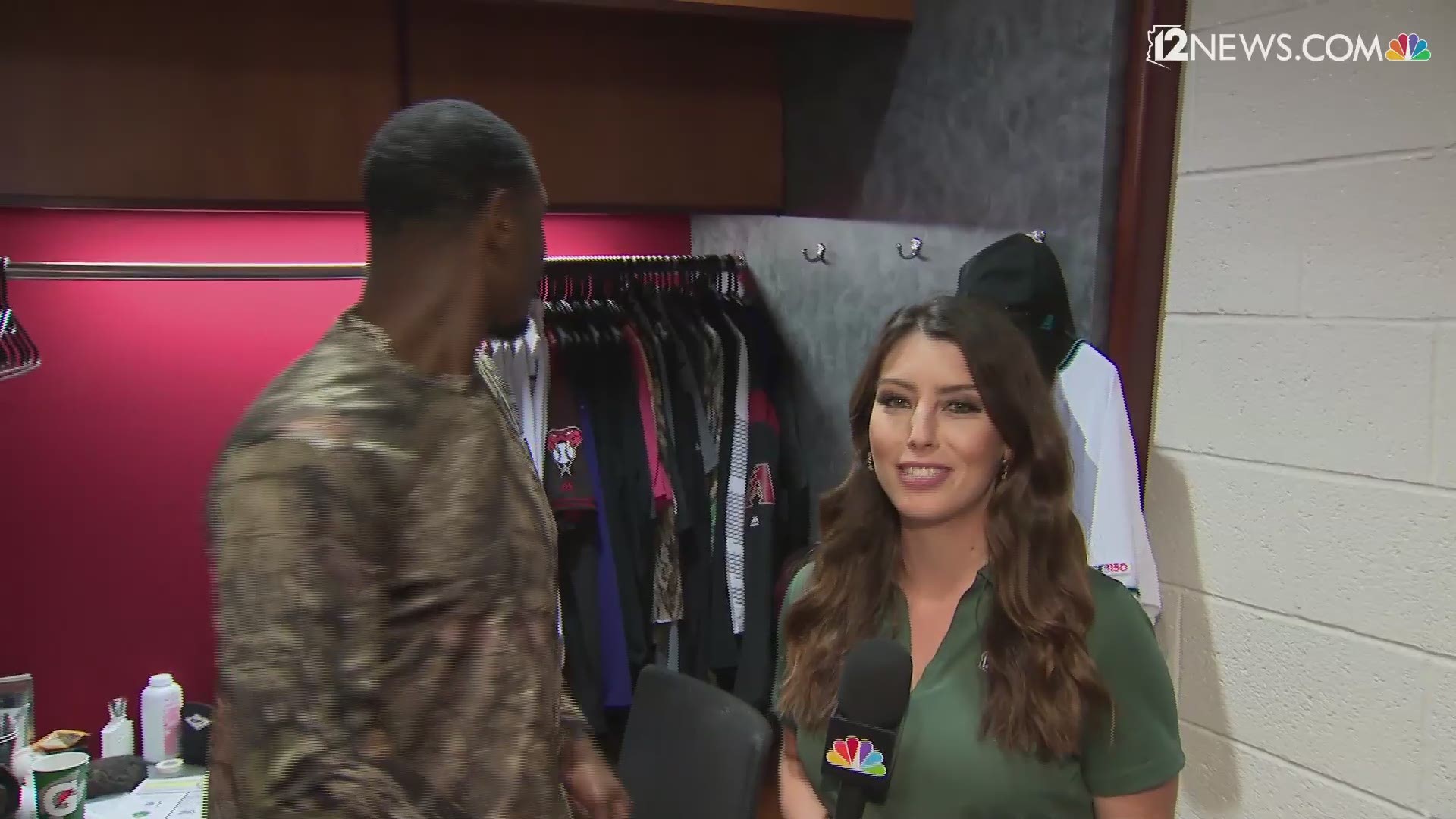 Veteran outfielder Adam Jones is one of the more entertaining players on the Diamondbacks' roster this year.

You could call him a comedian, activist, resident pie aficionado, but one thing's clear, he's been a great addition to the ball club.

Jones didn't just give 12Sports an interview, he gave us an entertaining conversation about everything from a career milestone, to talking 'rich people' problems with Paul Goldschmidt, sending postcards to fans from Paris, and the most huggable guys in the clubhouse.