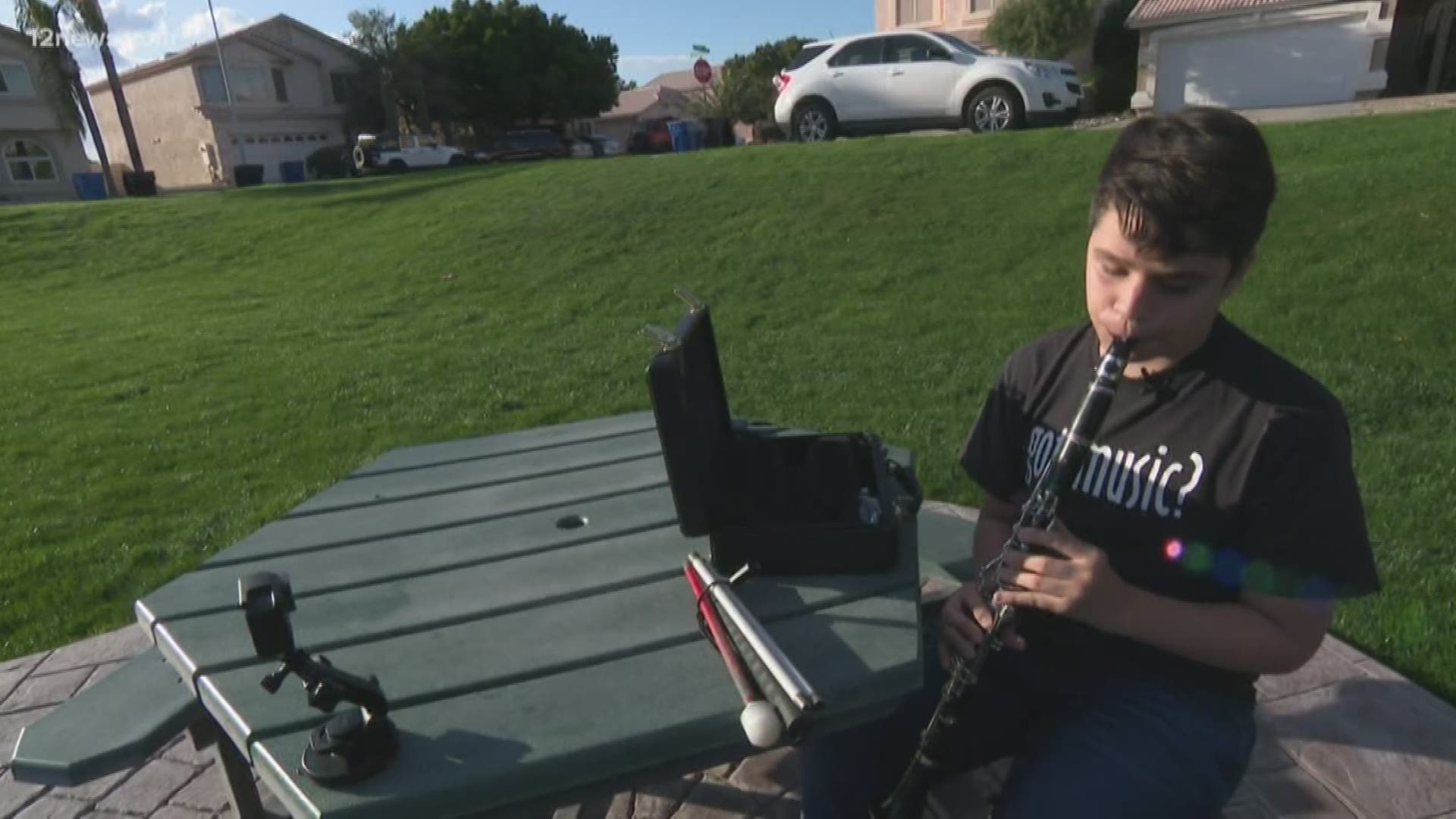 PHOENIX — The D-backs are making a dream come true for 15-year-old Highland High School freshman Joe Giacinto, who has always wanted to play the National Anthem at a game with his clarinet.

Giacinto was born blind and taught himself how to play the clarinet. He immediately developed a love for lullabies and music as a young child.

"It soothes me, calms me down and helps me control my thoughts," he told 12 News earlier this month.

PREVIOUSLY: Gilbert teen who was born blind teaches himself clarinet and inspires others

In an interview with 12 News, Giacinto said his dream is to perform at Carnegie Hall, but beyond that, he wants to play our nation's anthem for the D-backs during the 2020 season.

D-backs President and CEO Derrick Hall called Joe on Monday to tell him he would be playing the National Anthem on Opening Day at Chase Field on March 26.

"Opening Day, we always make sure we have the best first pitch and the best anthem possible because it's such a special day," Hall told Giacinto in a video released by the D-backs.

"I've always wanted to perform in front of a big crowd since my eighth-grade year," Joe told 12 News earlier this month.

Now, he gets to live that dream.

The D-backs take on the Atlanta Braves on Opening Day March 26 with the first pitch slated for 7:10 p..m.